As the season draws to a close (March 1 for many, mid-March for most of the rest), one tries to jam pack all the “to do” list of activities into the few remaining days.  The CanAm golf tournament was held on February 16; Canada has won the last two!  Tim, Kay, and I arrived early to assist in getting everything ready, including Kay decorating our cart. 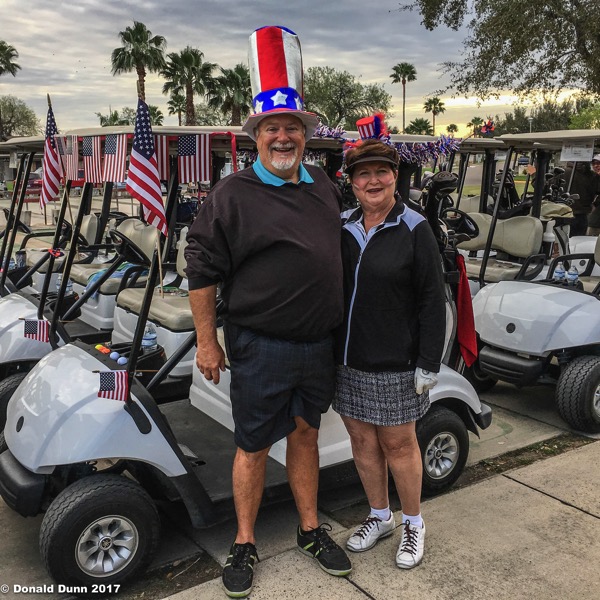 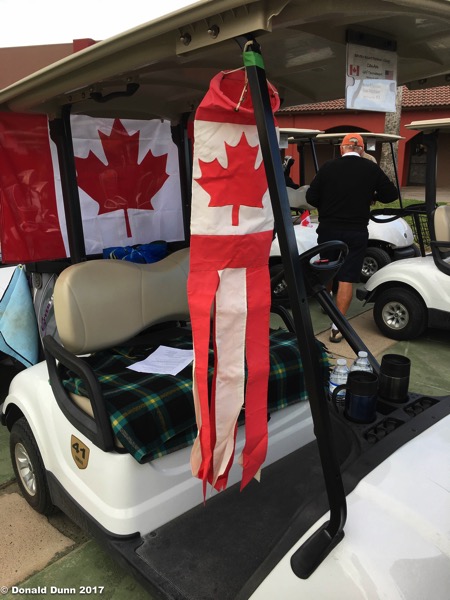 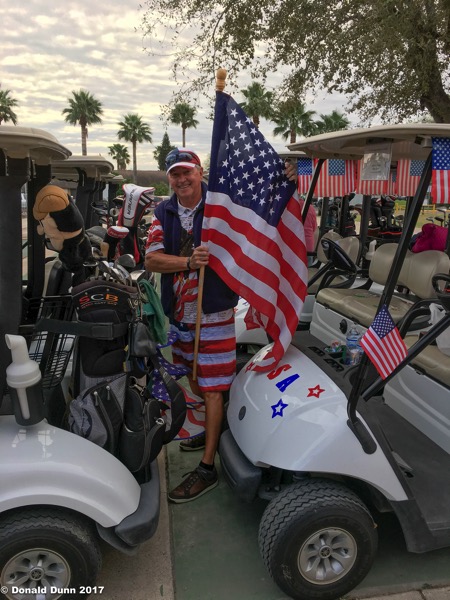 After a shotgun start at 9 AM, we finished shortly after 1 PM; Kay and I shot an 81 in the two person scramble.  The tournament was a hoot, with really good golf being played, and plenty of wine, beer, sodas, and water.  After lunch, Tim announced the US as the winner, and I received the trophy on behalf of Team USA.  Canada sure missed Al Crawford!

I was not able to hold out the entire season without a haircut, and joined Kay and Sue Mercer for a haircut.  While this was pretty uneventful, I rode to the salon on a cycle, and was chased by two sets of ferocious dogs, but managed not to fall or get bitten; for me, this is the scariest part of bicycling.

Among our favorite things in the Valley are the cultural music and dancing shows at the high schools and University of Texas RGV.  On Saturday, Sue Mercer, Wayne and Loretta Bodenhamer, and Kay and I attended La Joya High School’s Folklorica and Mariachi concert.  It was incredibly outstanding, and while the mariachi music was great, the folklorica (cultural dancing) was fantastic.  This is an annual event for us, and we continue to be amazed by the students’ talents.  After the concert, we said goodbye to Wayne and Loretta as they depart the Valley for home tomorrow.

In addition to being the real President’s Day, February 22 is also Wayne’s birthday.  We called to congratulate him.  Further, February 22 was the late Churk Mercer’s birthday.  Chuck and I rode many miles on bicycles during the course of our friendship, and I dedicated the ride today in memory of Chuck.  He is truly missed. 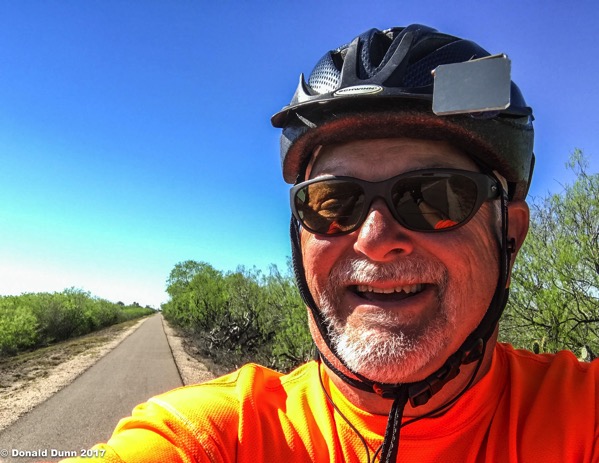 And, Van and I finally did a ride together late in the month. 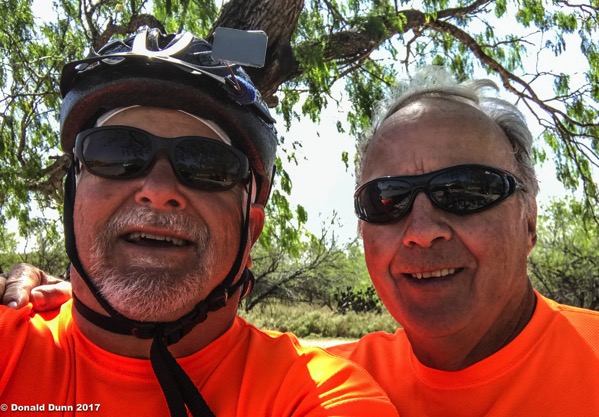 We both continued playing golf, and I had the misfortune of stepping on a fire ant mound.  Within seconds, at least a dozen ants bit my right ankle, and helps began forming.  They weren’t too painful, but burned for several days. 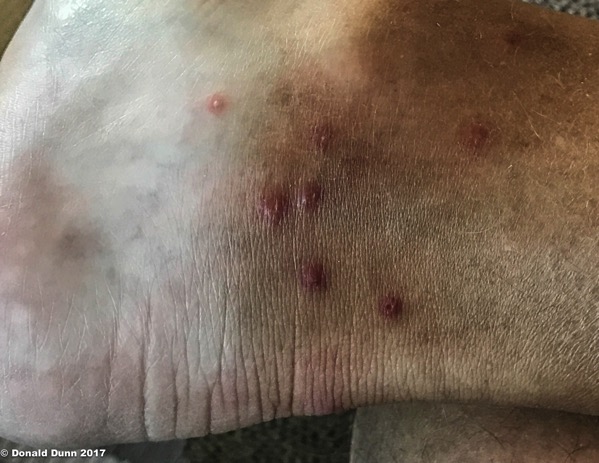 As most of the blog readers know, Kay is a movie aficionado, and she talked me into seeing Hidden Figures.  We both thought it was outstanding and highly recommend it.

Among other activities this month, Kay hosted another Ladies’ Luncheon.

The resort’s annual “hidden” talent show was on Saturday evening, and though I didn’t attend, all who did said it was one of the best.  Kay directed a 5-part harmony choir rendition of Amazing Grace.  She is a woman of many talents.

February has come and is now almost over; time seems to pass very quickly when one is having fun!

2 thoughts on “Thursday through Tuesday, February 16-28—Catching Up”