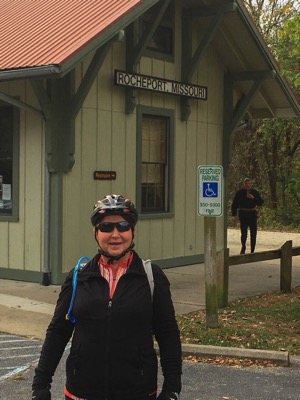 To be honest, I’m a mediocre cyclist. I like riding my bike but at my leisurely pace.

More about this later.

Recently we participated in a Road Scholar cycling trip to Missouri. I would say the vast majority of participants were bicycle enthusiasts.  Many tolerated the extra activities not related to cycling but, for the most part, they wanted to be on the trail and wanted to be riding. I welcomed the extra activities and enjoyed them.  We met interesting people from all over the country. 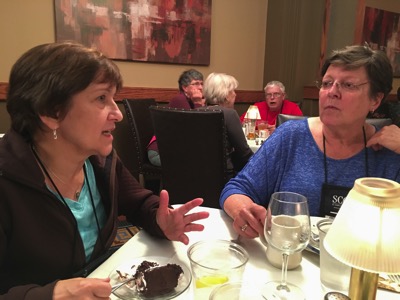 There was one lady from Canada, one from California, one from Maryland, one from New York , and even one lady from Alaska.  All in all, there were 36 participants. I enjoyed meeting all of them and many of them had cycled in the United States on lots of different trails and in Europe and other countries.  The couple that I thought were amazing was a retired Methodist Chaplain and his wife.  They had been cycling for over 50 years; had taken over 30 cycling vacations all over the world – Ireland, Great Britain, China, Europe, and all over the U.S.  He was 82 and she was 78 and they could leave me ‘in their dust’ without any trouble!  LOL.  My heroes! 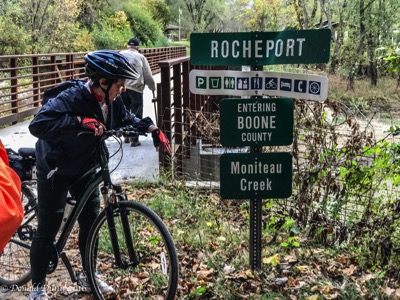 Enough about the interesting people.  Back to the cycling.  On day one, I rode 20 miles and stopped at a SAG rest and rode the Sag Wagon to our evening stop.  There were 3 or 4 of us – so I wasn’t the only one who was not intent on riding every mile.  My butt was tired and I battle with my hands going so numb I can’t shift my gears.  If I get off my bike and exercise my fingers and take the pressure off my tail bone every 5 miles or so, I do much better.  Most of the other riders just ride – they seldom stop.  I guess it’s kind of a ‘race’ to see who can finish in the first group.  Not me!  Usually I finished in the last group.  On day two I road 24 miles with a Sag break after the first 10 miles.  That is the longest I’ve ever ridden in one day!  On day three I rode 20 miles in a cool drizzling rain.  I was pretty miserable and the Sweeper rode with me the last 5 miles.  He’s the last person to come in so he can help anyone who has trouble and so no one gets lost.   I didn’t like being the last one to finish a segment.  My tailbone was so sore on the 4th day, I only road a 7 mile stretch.  I rode the Sag wagon before and after and just rested up.  The 5th day I rode a total of 14 miles, taking advantage of the Sag wagon in the middle.  So my grand total was 85 miles for the week.  I was disappointed because I had set a secret goal for myself of 100 miles.  I just hadn’t ridden so many back to back days before and my sore tailbone was an unexpected hindrance.  I was really proud that Donald rode his own pace and he completed every mile, 182 of them.  He’s got that competitive spirit and he truly loves cycling.  I like it – but not like he does!  I don’t like hills; I like flat roads.  I like paved trails – those  crushed limestone trails (chatt) are much harder riding.  I averaged about 7 miles an hour on those. 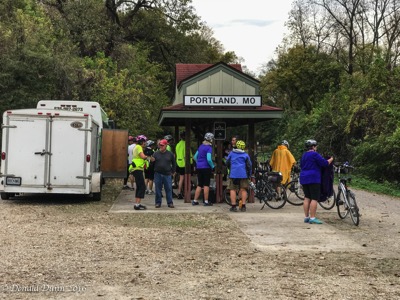 My saving grace was the SAG Wagon.  There were usually 3-5 of us riding it for one segment or more each day.  The drivers Terry or Don were really great and we learned a lot about the area we were in and Missouri history.

The planning and coordination of this program was outstanding.  On a side note, Donald ordered me new pedals and a new gel bike seat.  I’m also going to try some compression gloves.  I would go again on another trip as long as I had Sag support and the riding segments weren’t over 25 miles.