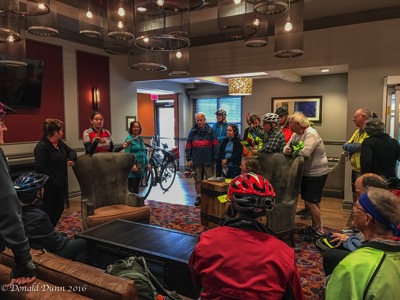 Up early again, we dressed in our “flattering” cycle kit (jersey and padded, chamois lined shorts), and ate at the Isle of Capri breakfast buffet, carb loading for the day’s ride.  After breakfast, we met in the lobby and Rochelle gave us the itinerary for the day.  We followed her through the casino parking lot, down a Boonville street, and onto the trail.  Today’s weather was cool, with misting rain and a steady 12 mph headwind.  And, to make matters worse, a good portion of the ride was up a 3% uphill grade—doesn’t sound like much but when combined with the wind and a sore butt and knees, it was overwhelming.

The first part of the trail was similar to that ridden yesterday with similar terrain and sights.  An old turntable was visible on the south side of the trail soon after the day’s ride began.  Passing an old grain elevator and caboose, we began approaching the bluff line east of New Franklin, Missouri.  Caves and interesting rock formations were present on the north side of the trail at almost every turn, while the south side was flat reflecting old meanders of the Missouri River. 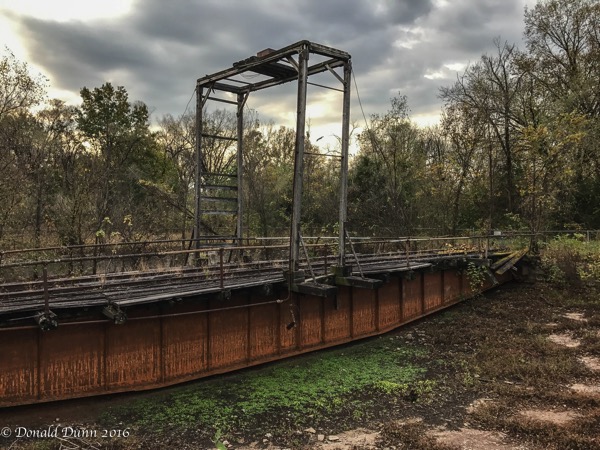 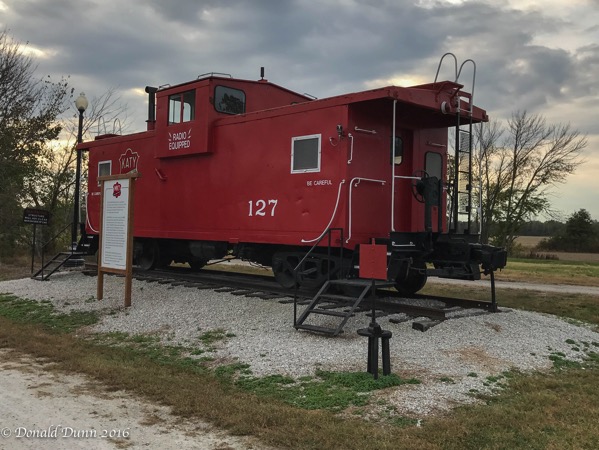 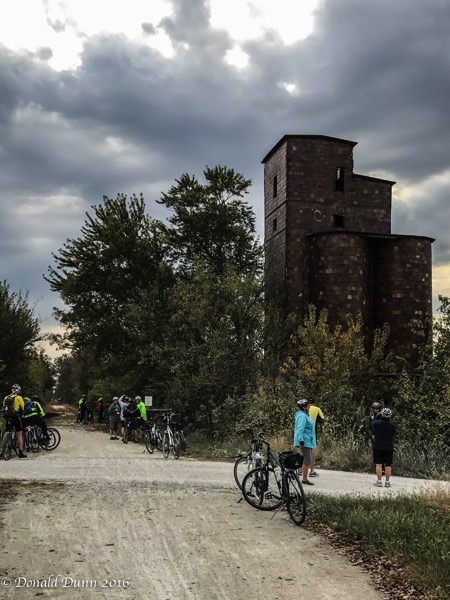 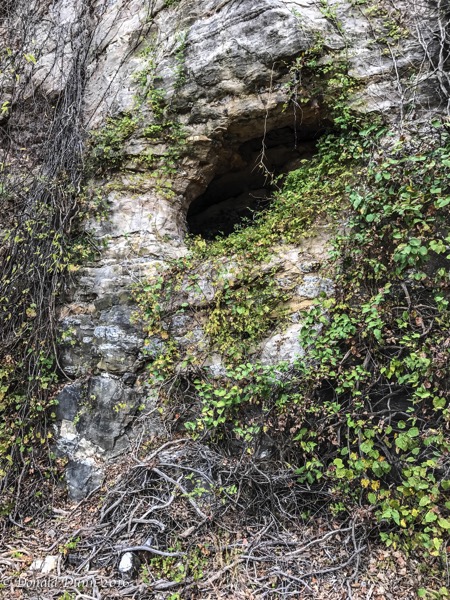 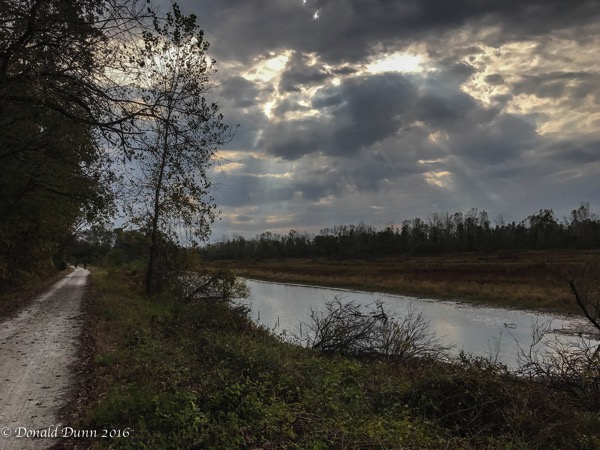 Near Rocheport, the trail passed through an old railroad tunnel.  Interestingly, the west side reflected beautiful stone work on both the outside and inside, but about 3/4 of the way through the tunnel, it became chiseled rock, with no facade—they ran out of money!  The last two photos below show this. 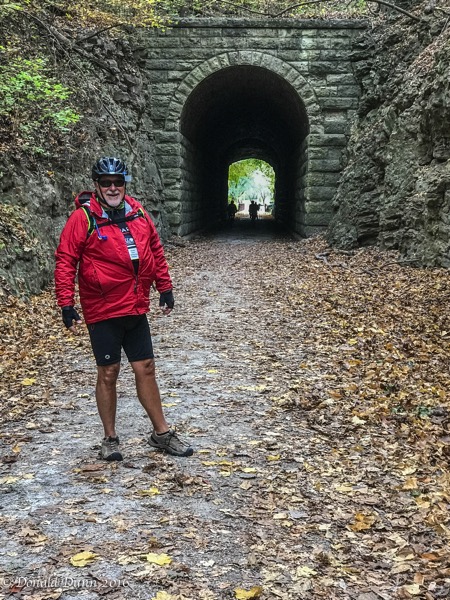 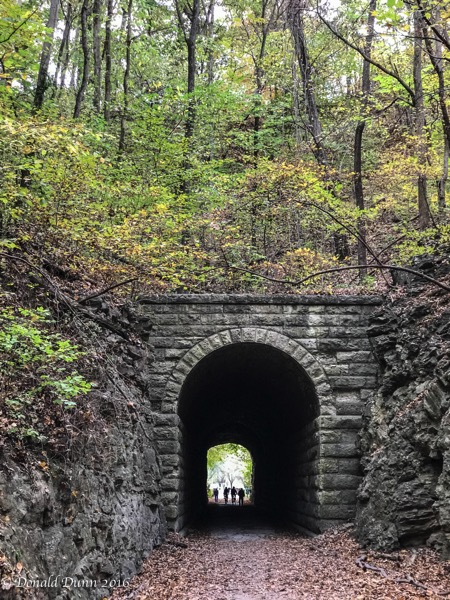 After a SAG break at Rocheport, evidence of the Lewis and Clark Expedition began appearing.  A cave occupied by rattlesnakes when they stopped was only a few feet from the trail.  Many other caves were evident. 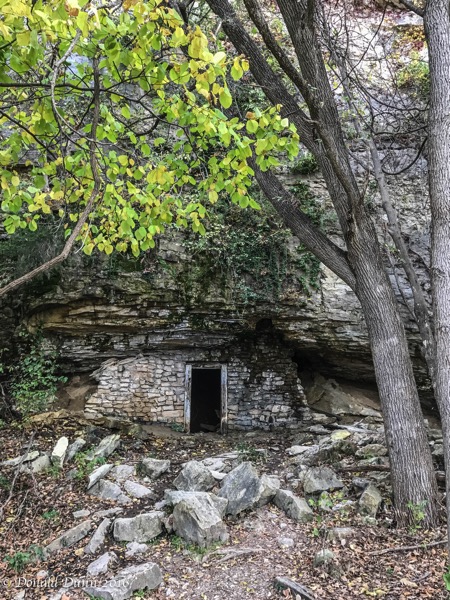 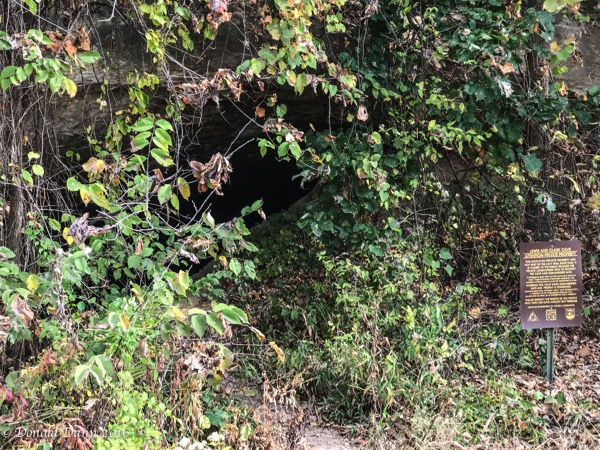 Near our lunch stop at McBaine, we saw the state record Burr oak tree just off the trail. 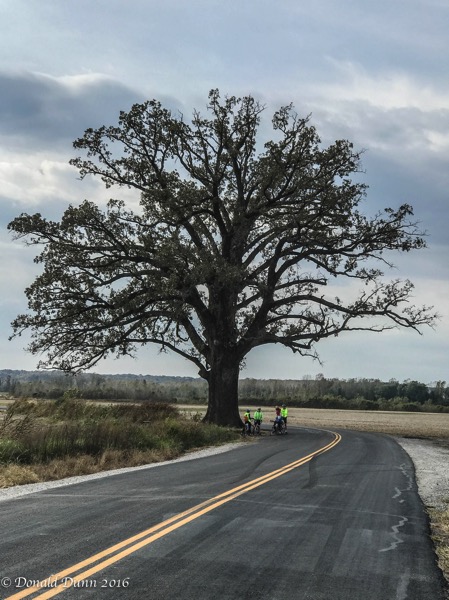 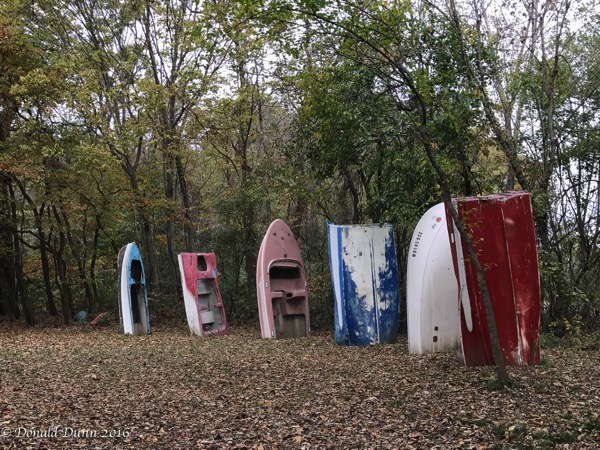 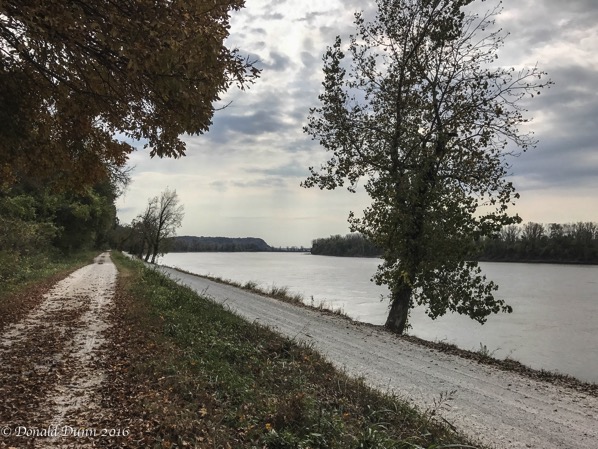 We enjoyed another SAG stop at Hartsburg where cold bottled water and lots of snacks were available, and finally reached the end of the day’s ride at the North Jefferson trailhead. 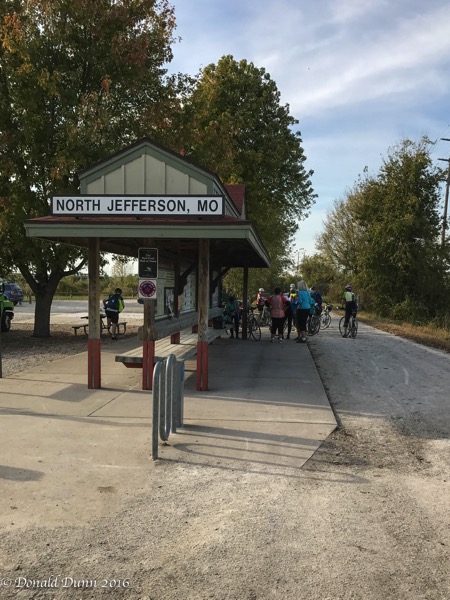 Several of us opted to ride into Jefferson City, experiencing the square “spiral” cycling and pedestrian ramp.  The ride today is the longest on the trip.  Taking almost 6 hours in the saddle, I averaged 9.1 mph on the 53.0 mile ride, while Kay rode more miles today than any other day in her life—way to go girl—not too shabby when faced with drizzle,12 mph headwind, and an uphill grade all day.  Knees are like jelly and butts are really sore. 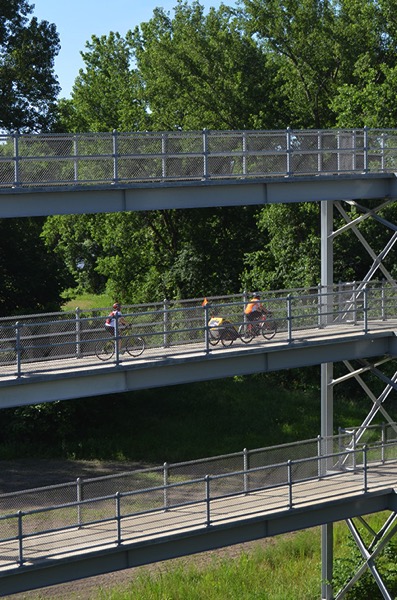