We awoke to a cool, windy, and drizzly day.  After breakfast, all but two cyclists opted to forego the ride from Jefferson City to Mokane in lieu of touring the Missouri State Capitol in Jefferson.  The Capitol is a small replica of the US capitol building.  Statues are common on the grounds, but the real treat is the artwork inside.  We toured public areas on the first, second, and third floors. The Capitol’s first floor features the State Museum.  Paintings, pediments, and friezes decorate the Capitol’s interior.  A prime attraction is a series of murals painted by Thomas Hart Benton in n the House Lounge (we were not allowed to sit in the leather chairs per the Speaker of the House). The grand staircase is flanked by large heroic bronze statues of Meriwether Lewis and William Clark and the third-floor rotunda is the site of the Hall of Famous Missourians, a group of bronze busts of many prominent Missourians honored for their achievements and contributions to the state.  Following the tour, we loaded the vans outside the capitol for the short ride to the Mokane Trailhead. 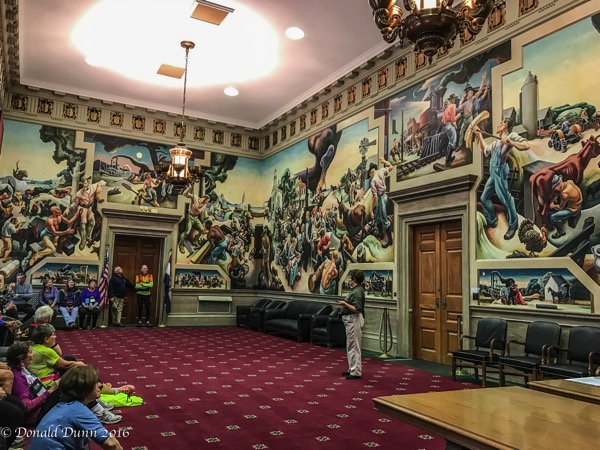 Still sore from yesterday’s 54-mile ride, we gingerly mounted bicycles for the day’s short ride (26.6 miles with an elevation change of 515 feet, average speed of 9.1 mph). 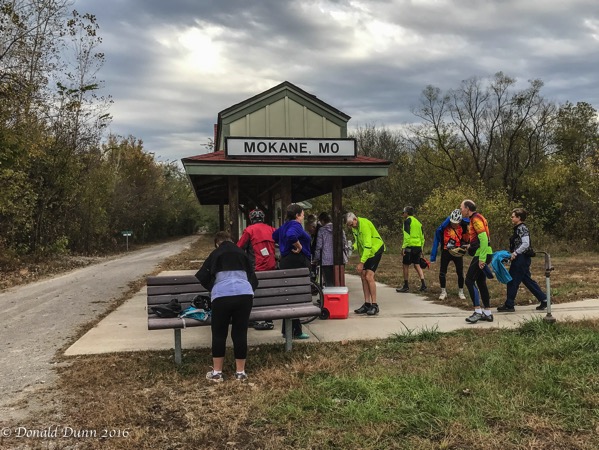 The trail generally followed the Missouri River downstream.  A large rock trailside showed markings of various historic Missouri River floods, several feet above our heads in the photos below. 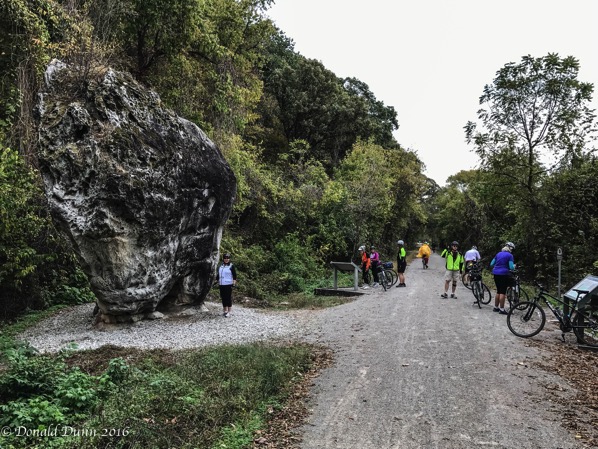 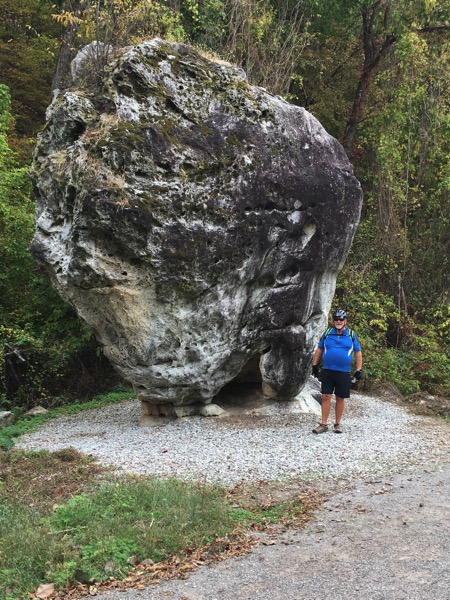 Because of the short mileage today, we had only one SAG stop at Portland, Missouri, where we enjoyed sandwiches, etc. 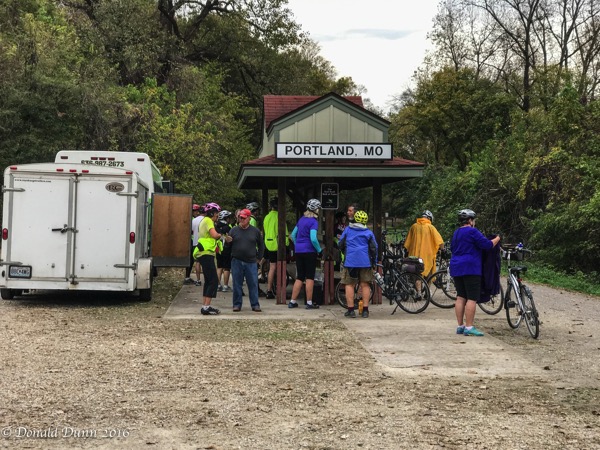 Following lunch and back on the trail, these teddy bears were placed on a ledge trailside.

We crossed the Missouri River at Hermann, a town whose residents were largely of German heritage.  Our overnight accommodations were at Harbor Haus Inn and Suites, and eclectic array of houses, apartments, and rooms. 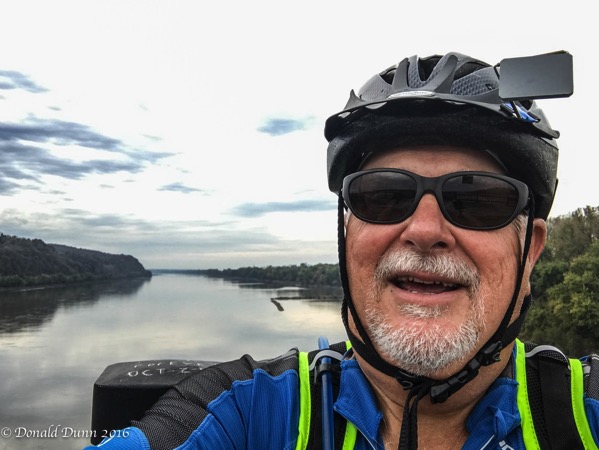 Dinner followed an excellent tour of Stone Hill Winery.  Both the wine and the dinner were “just okay” but the tour was really good, largely due to the knowledge and friendly personality of the tour guide. 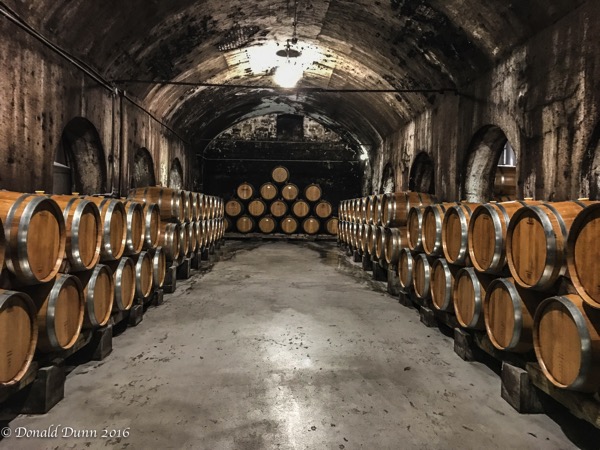 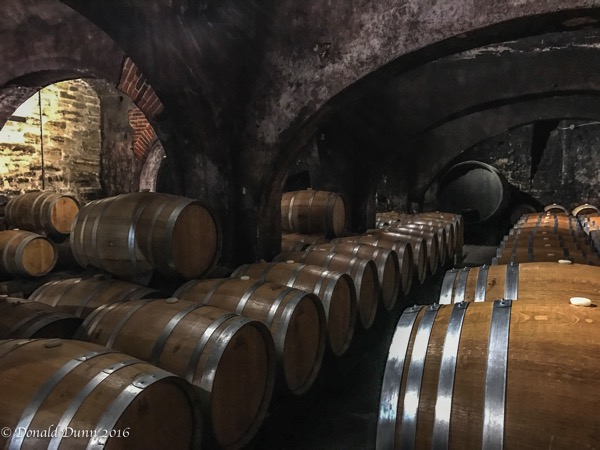 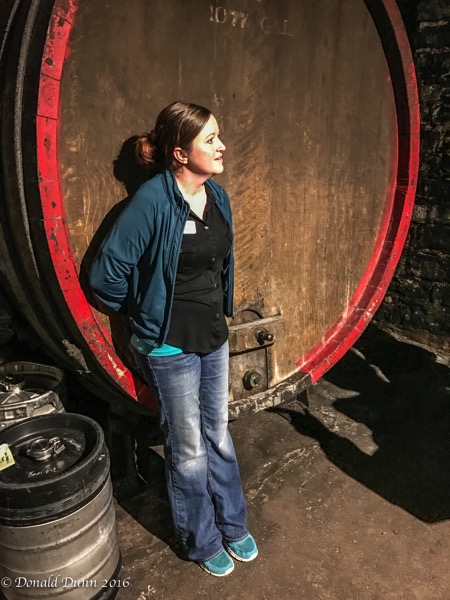