On Wednesday morning we loaded the bicycles and drove to Queenston Heights Park, approximately midway between Niagara Falls and Niagara on the Lake. The Queenston Heights is a geographical feature of the Niagara Escarpment immediately above the village of Queenston, Ontario, Canada.  Its geography is a promontory formed where the escarpment is divided by the Niagara River. The promontory forms a cliff face of approximately 300 feet (100 meters).  It was the site of the famous Battle of Queenston Heights in October of 1812, when Sir Isaac Brock fell while planning a charge on the American Forces; a photo of a statue of Sir Isaac Brock is included below.  Incidentally, the War of 1812 is very important to the Canadians, and they tell a more “complete” version than what was presented to us in American history books! 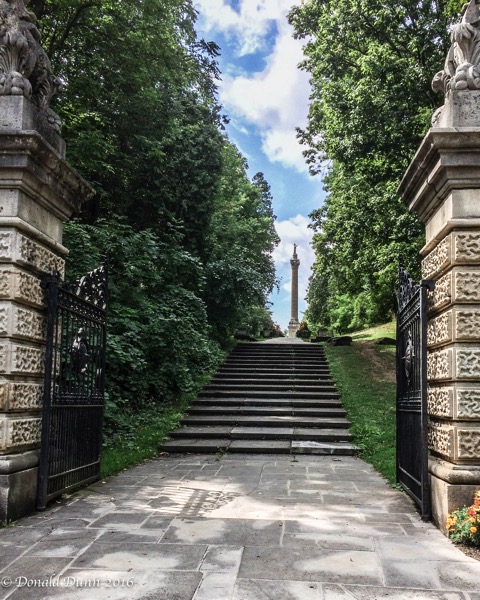 Arrangements were made to meet Van and Bonnie at Queenston Heights Park for a bike ride to Niagara on the Lake. Van and Bonnie, close friends from the Rio Grande Valley in Texas, had driven down from their home in Haliburton, Ontario, to visit/ride with us.  They were waiting in the parking lot when we arrived, and we all unloaded bicycles, donned helmets, and began the ride by coasting down the Escarpment—wow, was it ever fun!  We rode the relatively flat path along the Niagara River stopping occasionally to visit, and rest our butts.  The Niagara River empties into Lake Ontario, and Niagara on the Lake is at the confluence of the two.  It is a quaint village of shops and eateries, and we should have spent more time there.  Kay and Bonnie opted to only ride part of the way back, sending us to get the vehicles and pick them up.  Van and I did fine until we hit the Escarpment.  We both almost made it without walking, but the steep rise of 300 feet was a bit too much.  Back at the vehicles, Van found his missing camera on the bumper of his truck, after which we loaded and picked up the ladies and their bicycles. 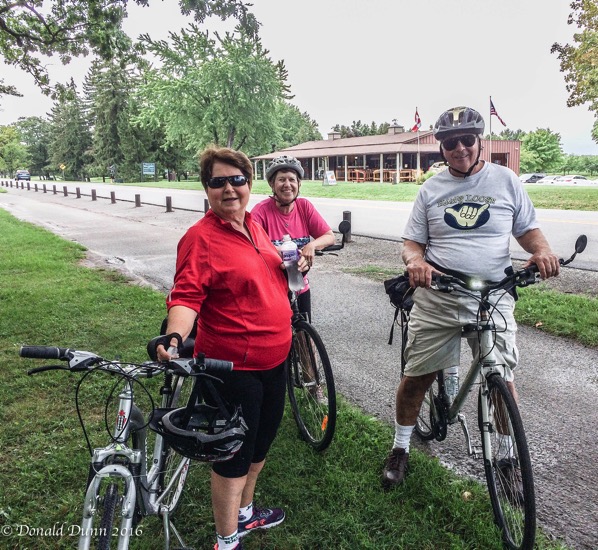 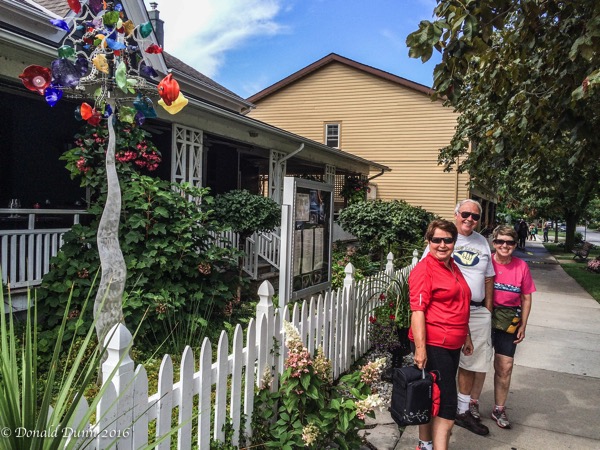 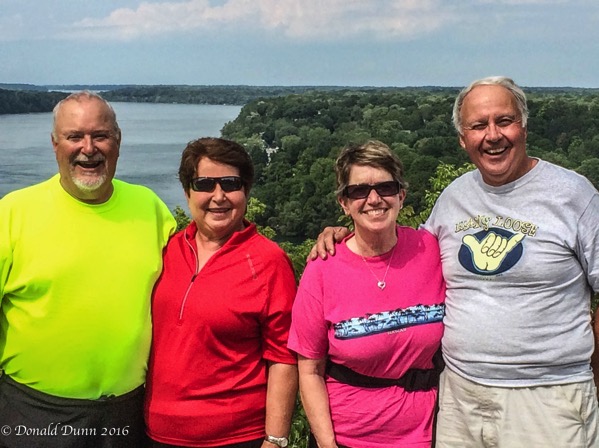 Kay and I returned to the rental to unload the bicycles and pick up a change of clothes.  We met Van and Bonnie, Al and Sharon, and Sue at a local hotel, and had a grand reunion, similar to a small happy hour at the palapa in the RGV.  It was so good to see Sue, but Chuck was missed by all.  A late dinner together followed, after which we called it a night.

We all met again Thursday morning for breakfast at Betty’s, a well-known restaurant near the rental.  We said goodbye to Van and Bonnie, and continued visiting with Al, Sharon, and Sue at the rental.  We once again said goodbye to longtime friends; it will not be the same in the RGV this winter without Al and Sharon who may opt to winter somewhere else, or without Chuck!

Kay and I debated our next few days, and we both agreed that we had seen what we came to see, and were both ready to return home.