We arrived at our rental in Chippewa, Ontario, near Niagara Falls, late afternoon Monday, August 29.  After unpacking into the spacious, basement apartment, we drove the 10 minutes to Niagara Falls to “scope” things out.  A mistake I/we made was to assume that schools had started in Canada the week before Labor Day, just as in the US—no way, and the place was packed!  An early night was in order—we’ve been sleeping 9-10 hours a night on this trip.

Tuesday was promised to Kay, all day, for viewing Niagara Falls and its many attractions; a bucket list item for us.  We made the decision several years ago to see the Falls from the Canadian side based on advice from many travelers who had been there, and seen it from both sides.  Before leaving home in the US, we purchased a Niagara Falls Parks Adventure Pass,  online, allowing us to ride the Hornblower, a Niagara Falls River Cruise boat, and to take a walk behind the Falls.  After being dropped off at the Park Centre, Kay picked up our passes, I picked her up, and we drove to casino, the best place (exchange rate wise) to exchange US dollars for Canadian dollars.  We then drove to a large parking lot several blocks away from the main attractions, and began a full day of sightseeing.  Our first stop was the Hornblower, and we were give the red plastic ponchos for the ride into the mist of the Falls.  We selected a place on the lower deck, out of the sun, which offered partial protection from the mist and also provided ideal viewing.  The seemingly large boat was packed, but did not seem crowded.  And, the Falls appeared somewhat small.  First, the American Falls, second, Canada’s much larger Horseshoe Falls. 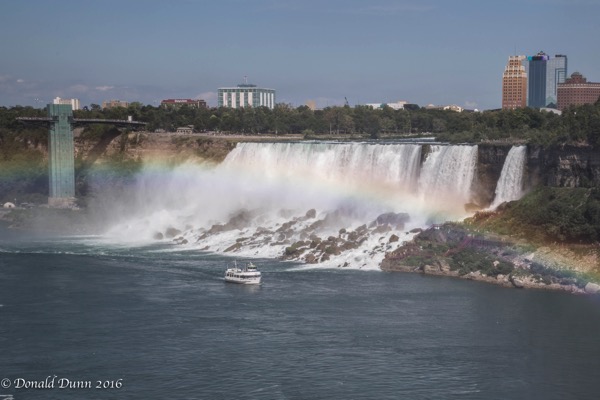 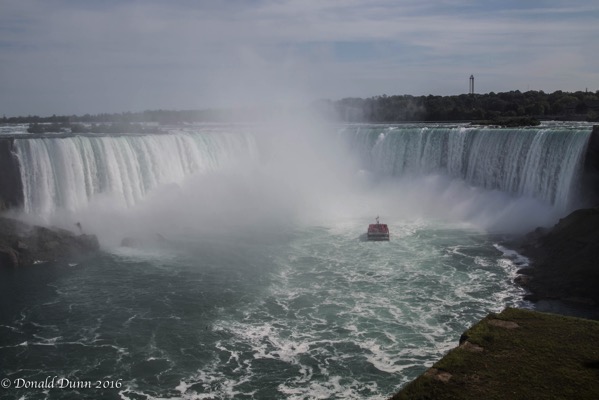 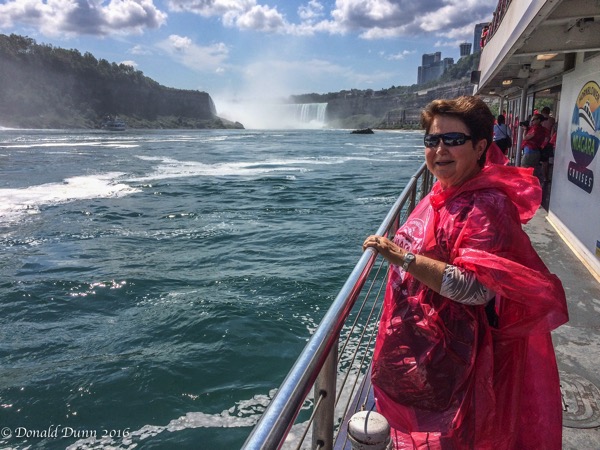 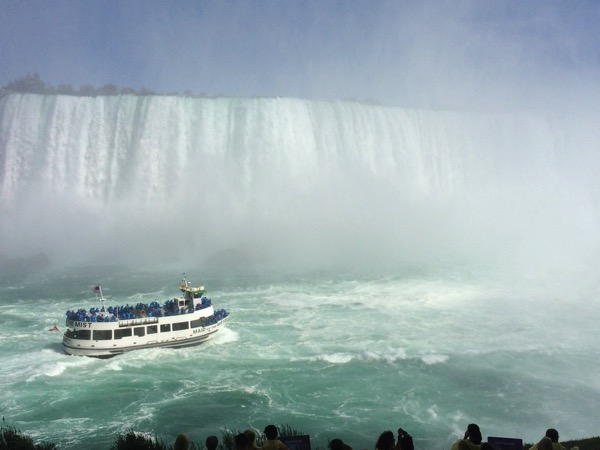 This illusion, of course, changed when we viewed both from an overlook later, and the Hornblower from Canada and Maid in the Mist from the US both appeared as if they were mere toys.  After many photo ops along the Falls walkway, we made our way to the Niagara Falls Park Centre to take the tour behind the falls.  The line was long and slow, and it was hot, as we waited almost 45 minutes in queue to view the “back” of the falls from a couple of observation openings.  We did get a few photos from an observation platform on the Falls’ left descending bank, but frankly, this part of the Falls experience wasn’t worth the time or money! 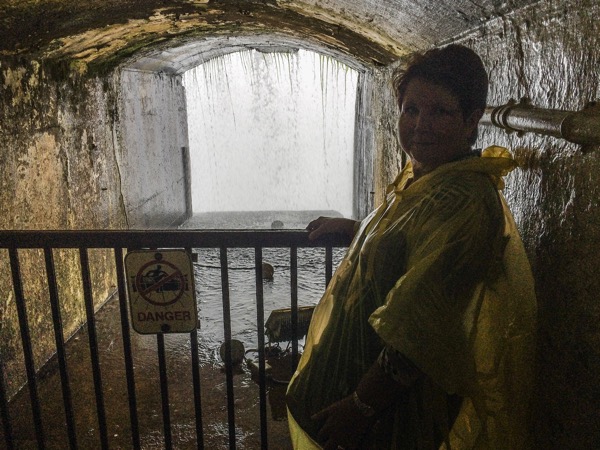 Making our way to the car did not take too long, and a stop at the Beer Store found us buying Chuck’s favorite Upper Canada beer.  He would always manage to bring me a can or two to Texas each winter.  Though he is no longer with us on this earth, he will not be forgotten!  Our last stop of the day was at a grocery store for some breakfast items, fruit, summer sausage, cheese, and crackers, and dinner from the deli.