After packing and waiting for traffic in the metro area to subside, we departed Norton, Ohio, for Hamilton, Ontario, to visit friends Al and Sharon Crawford.  The day’s drive took us through northeast Ohio, northwest Pennsylvania, upstate New York, and into Ontario, Canada.  Much of the drive was along Lake Erie and included the largest area of vineyards we’ve ever seen short of those in Germany.  The border crossing involved only a 15-minute wait, and we arrived at Al and Sharon’s place mid-afternoon.  They have a really nice house in a fabulous setting, and we immediately felt at home.  With a few hours of daylight left, Al and I immediately headed for Dragon’s Fire Golf Course adjacent to his house, and got in 17 holes before darkness set in and dinner called.  Despite unusually hot weather and a drought, and the resulting damage to the bentgrass fairways, the course was very nice, and challenging.  After dinner, we played bridge—our favorite card game!

Saturday, August 27, was my 67th birthday and one thing that is apparent is that getting older is not for sissies!  However, despite all the aches and pains and prescriptions, we’re so much better off than most—praise the Lord!  After a light breakfast, Al drove Kay, Sharon, and me to Toronto; my, what a large city.  I was surprised by the myriad of high rise condos everywhere!  After finding a rare parking place, Al and Sharon treated us to a harbor tour aboard the Oriole.  The Oriole sailed around the major part of the Toronto Islands, providing a spectacular view of the harbor (harbour) front including the CN Tower and the Rogers Centre, formerly known as the SkyDone, where the Toronto Blue Jays play baseball.  The harbor area was bustling with activity, and filled with young urbanites. 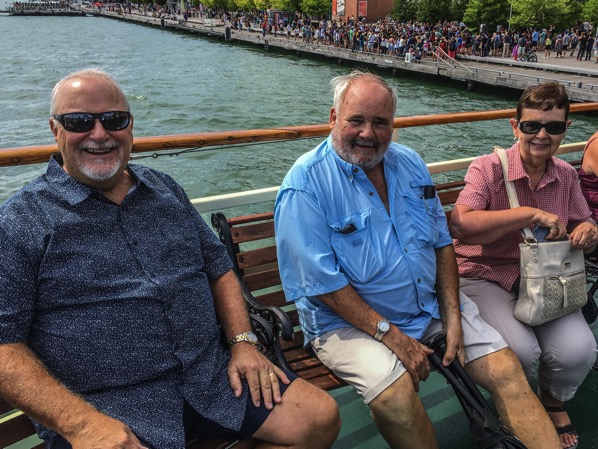 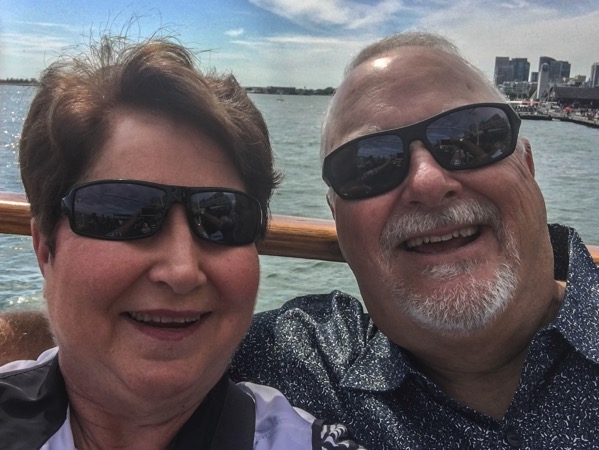 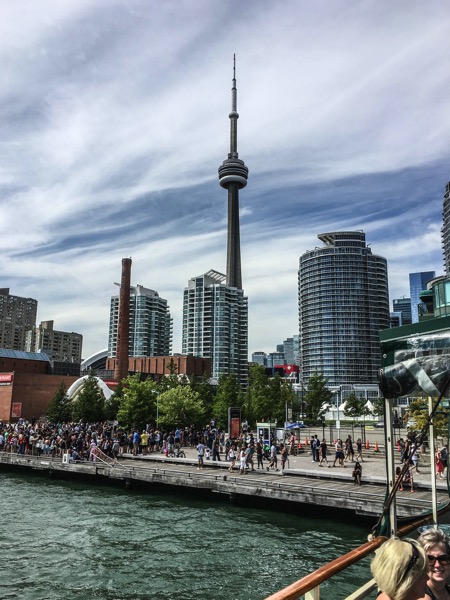 (NOTE:  Traffic congestion to/from Toronto is the most I’ve ever seen, despite it being a weekend.  Imagine if it had been a work day.)

Following the Toronto tour, we stopped for dinner at Mandarin, a 4-star Chinese buffet, for dinner.  It was spectacular, and perhaps one of the best, and definitely the cleanest, Chinese buffets at which we have eaten.  Back at Al and Sharon’s, we played bridge and they let the birthday boy win big (seriously, I got great hands, and Al and I made a small slam on the last hand of the evening).

Sunday was a quiet day; late morning, Al showed us photos of Chuck Mercer through the years, and for Kay and me it was a memorial service celebrating Chuck, a great friend who passed a few weeks ago; we shed more than a few tears and he will be greatly missed. 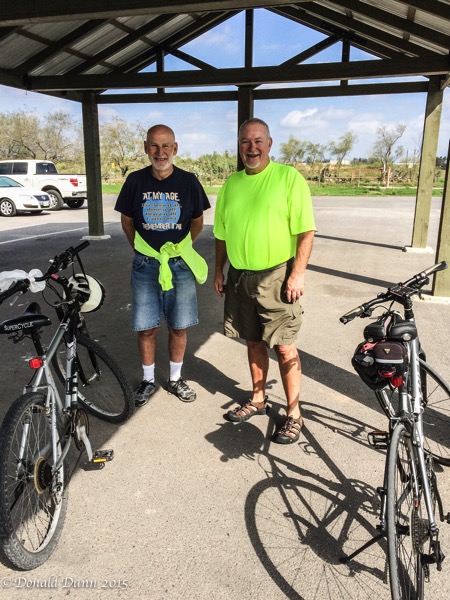 We also saw photos of some of their RV trips and of Bentsen Palm RV Resort through the years. though Al and Sharon took Kay on a tour of Hamilton while I enjoyed a short afternoon nap.  We played bridge again Sunday evening, and they all trounced me, payback for the day before.

Al and I were up early Monday, and joined a couple of his friends for golf at Flamborough Hills Golf and Country Club.  Again, the course was quite good and plenty challenging, and the 19th hole beer was even better.   Kay and I departed for Niagara Falls, Canada, after returning from golf, our last stop on the “Escape the Arkansas Heat” tour.

Al and Sharon were consummate hosts and treated us like royalty; we can only hope they give us a chance to repay them with Arkansas hospitality.  Thank you, Al and Sharon, for the complimentary golf and harbor tour.  We had such a great time—maybe next year we’ll stay a couple of months!

2 thoughts on “Friday through Monday, August 26-29—Hamilton and Toronto, Ontario”