Still lacking bicycling the remaining portion of the towpath trail within the boundaries of CVNP, we drove back to Peninsula on Wednesday, unloaded the bikes, and rode almost 15 miles north to Rockside Station in the southern part of Cleveland. 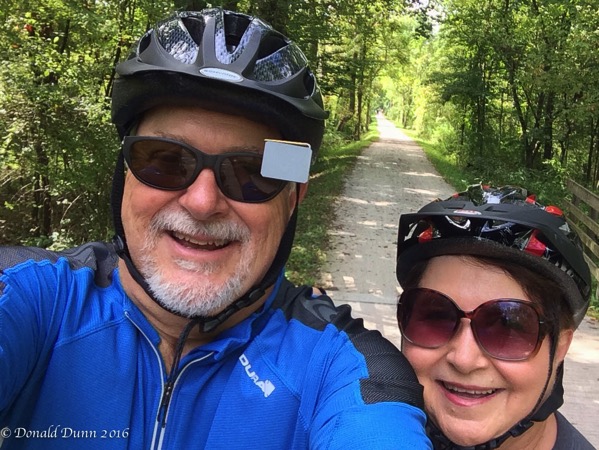 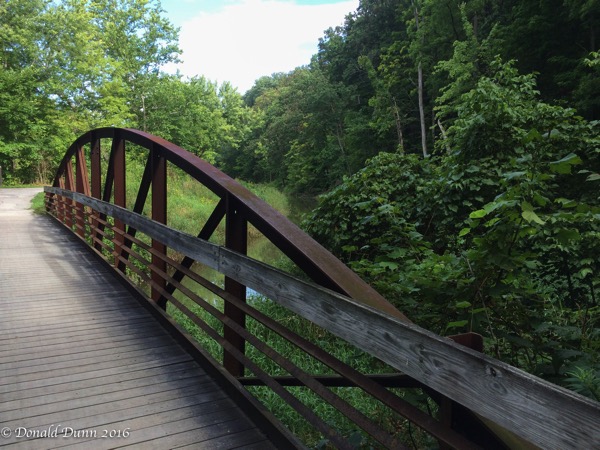 Along the way we stopped at the Canal Visitor Center where a “working” lock was adjacent to the towpath. 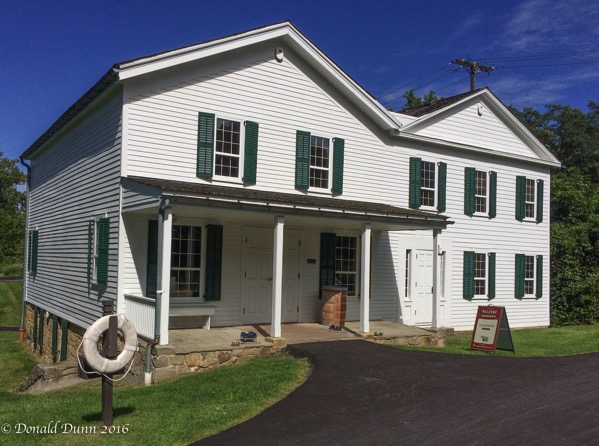 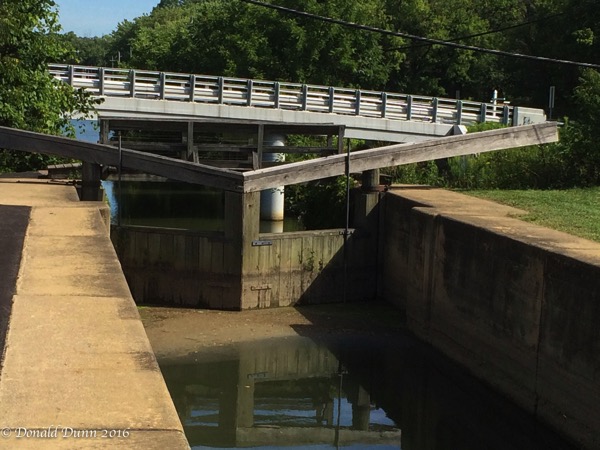 At Rockside Station, we waited for the arrival of the Cuyahoga Valley Scenic Railroad train to ride back to Peninsula. 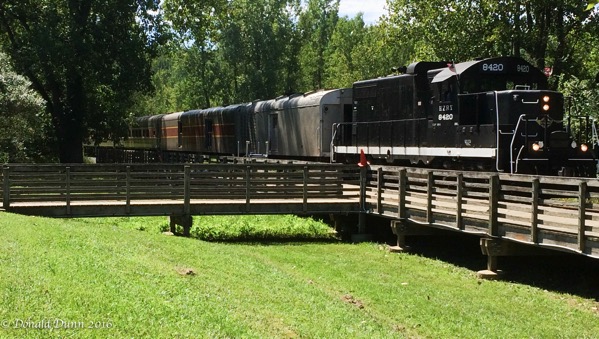 The private, volunteer supported, not-for-profit Cuyahoga Valley Scenic Railroad is one of the oldest tourist excursion railways in the country and operates in conjunction with the CVNP.  A feature of the railroad is the Bike Aboard! in which you bike the Ohio and Erie Canal Towpath Trail in one direction and ride the train in the other.  One can bring their bike aboard and ride for only $3—what a deal—simply by flagging down the train at any of the boarding stations by waving both arms over one’s head! 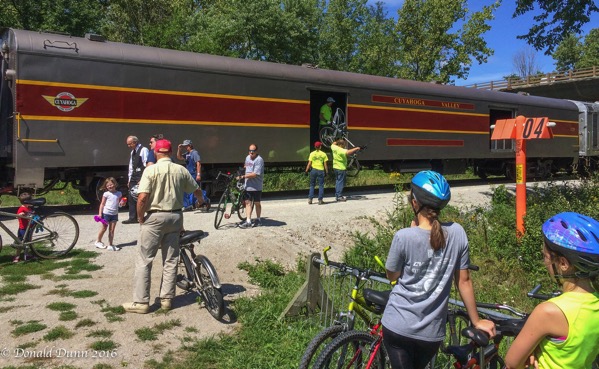 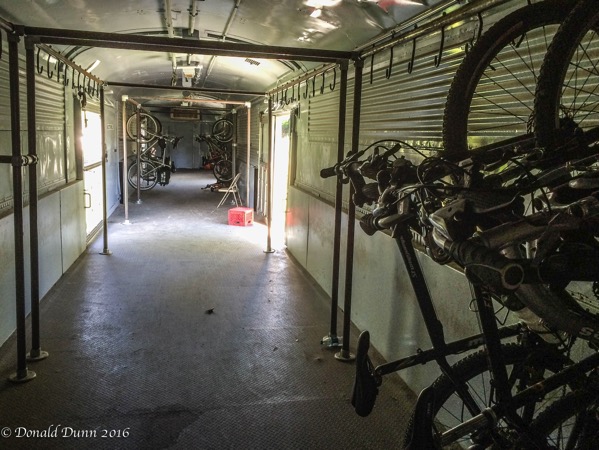 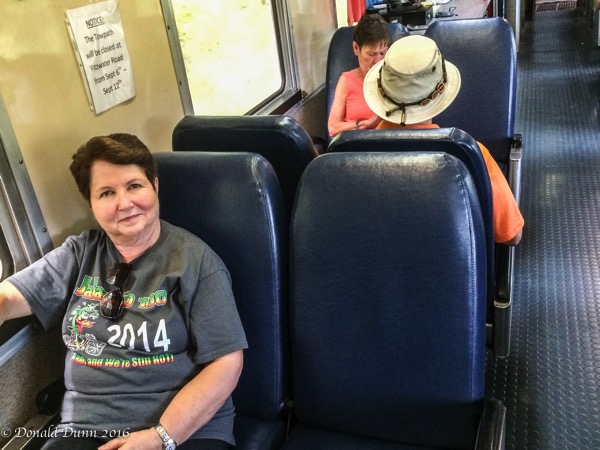 Our ride back to Peninsula was relaxing, and after unloading the bikes from the train and loading them back on the car, we drove to the Jailhouse Tavern and Pool Hall for a last Warsteiner beer before leaving northern Ohio.

On Thursday, our last day in northern Ohio, and with a pile of dirty clothes awaiting laundering, Kay volunteered to drop me off for a final long ride while she washed, dried, and folded clothes.  I unloaded at Botzum in north Akron, Ohio, and rode north 20.1 miles to Rockside Station in south Cleveland where Kay picked me up. 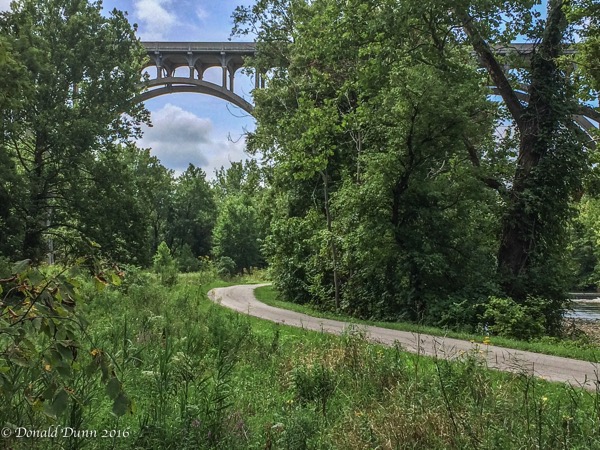 Tomorrow, we leave for Hamilton, Ontario.