While the Expedition started this morning, the “Electrical Charging System” failure message continued to be shown.  We waited for to traffic to subside, and drove to the nearest Ford dealership about 5 miles away.  They took us, even without an appointment, and after an hour or so advised that it was indeed the alternator, the part had been ordered, and it was expected to arrive about noon.  True to their word, we were out of the shop about 1:15 PM, some $722 lighter.  Except for brakes and other regular maintenance, that’s the first time any repairs has been made on the 2004 Expedition so we considered ourselves blessed.

We returned to the VRBO to change clothes and load the bicycle, and then drove south to Amish country.  Ohio has the largest population of Amish in the world (one of every 6 Amish live in Ohio’s Amish country) comprising several sects varying from the old order Amish (very conservative) to those accepting more modern conveniences.  There are almost 40,ooo Amish living in Holmes, Wayne, Ashland, Tuscarawas, and Coshocton Counties in Ohio, and the population is expected to double every 16 years.  The afternoon drive took us through Orrville, home of Smucker’s corporate headquarters.  The Smucker’s factory was HUGE, occupying several acres, but the town of Orrville was quaint.  Our first stop was at Kidron, Ohio; we ate lunch at a local restaurant which was not very good at all.  Expecting good Amish food, we got greasy open-face roast beef sandwiches, in which the roast beef was shredded, the bread soggy, and the potatoes instant—yuk!  As we were leaving the parking lot, we did see a couple of Amish men buying block ice.

Kidron is the home of Lehman’s Hardware.  Lehman’s Hardware was founded to supply non-electric goods to the Amish in the surrounding area.  Today, it includes 4 interconnected buildings, and the non-electric merchandise ranges from cook stoves to canning supplies to lanterns and everything in between. 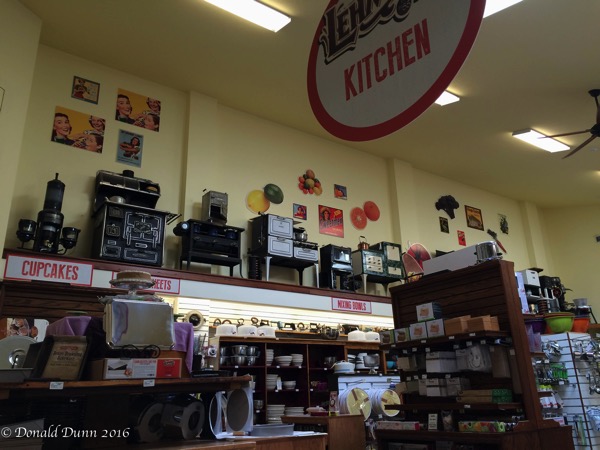 As we drove the local roads through Wayne and Holmes County, Amish farms were everywhere and we encountered many horse/buggy and horse/wagon combinations.  The families were busy harvesting hay and tending their fields, all the old fashioned way with horse-drawn equipment. 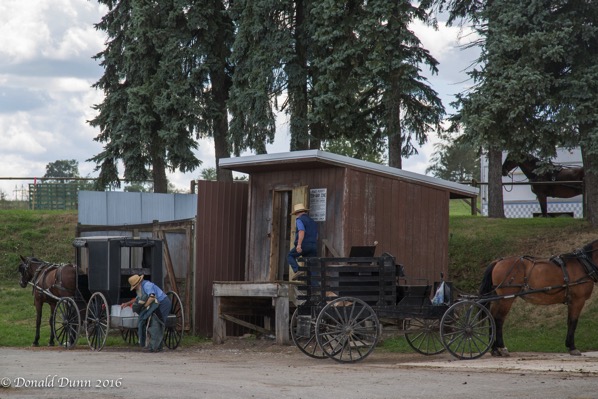 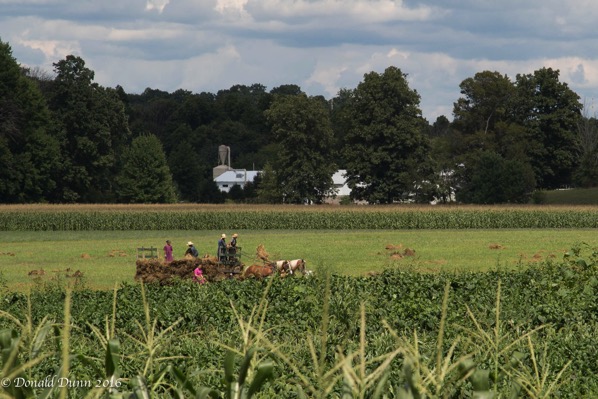 Kay dropped me off at Fredricksburg, and I rode the Holmes County Trail to Kilbuck, a distance of about 16 miles.  The 16-foot Rails to Trails Holmes Country Trail is unique in that it is 8 feet of paved trail for bicycles and other non-motorized means of transportation and 8 feet of paved trail for horses and buggies.  I saw several horse/buggy combinations while riding the trail.  Kay visited some of the local shops, but didn’t find anything she needed or wanted.  Amish Country in Ohio is very pretty and serene, but the small towns and villages are heavily commercialized! 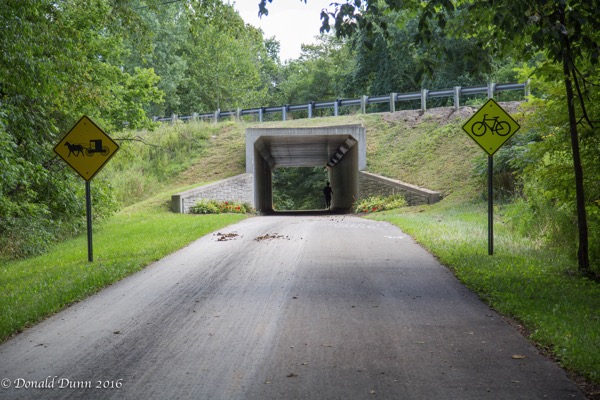 We stopped at a local pub near the rental for a mug of draught Warsteiner beer and a cheeseburger—both were very good.