Seems like these days our lives revolve around grandkids and the weather.  The first several days of the month were marked by temperatures in the mid to high 90s, with heat indices well over 100°.  In fact, a few days were simply too hot to safely play golf.  And then, almost each afternoon has been marked by rain showers, with heavy deluges beginning on Friday, August 12; in four days’ time we received over 6 inches of rain, and as this is being written, it’s still coming down and forecast to continue for the next week.  Thus, golf has been sporadic at best as I have only played 5 times this month, and rained out two of those, while Kay has played twice.
We drove to Memphis to visit with Harper and Jenny on August 5, celebrating Harper’s 4th birthday a few days late.  She is growing so much, and talks like a “big” girl.  She began junior kindergarten on Monday, August 8.  Jenny took a great photo of her at the kindergarten door, and Harper looks much too grown up! 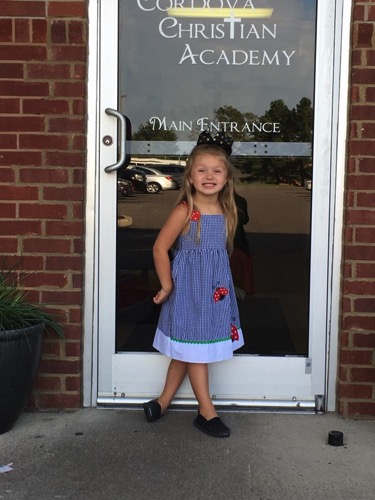 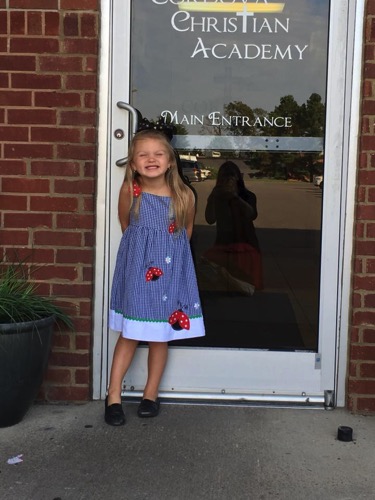 This past weekend, August 12-14, we babysat Ridge and Aker while mother was in Paris/Spain and father working.  With rain all weekend, all activities were indoors.  The kids were great and for the most part, behaved well.  But, we’re getting too old for this—it’s not difficult getting down to play with them, but getting up is another story!  Oh, we’re very strict grandparents, as the grandkids have it entirely too hard! 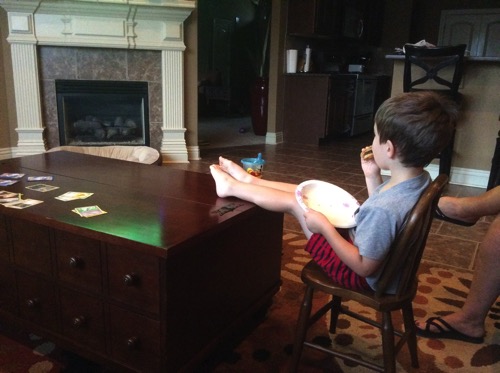 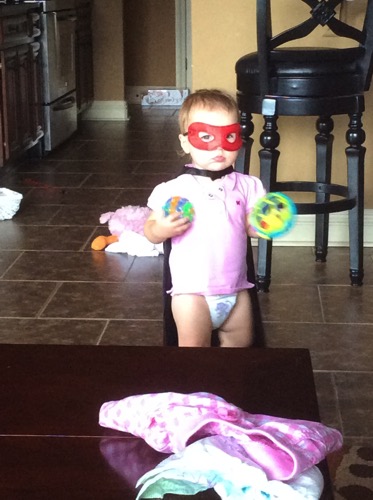 As an aside, it seems like we’re spending more and more time at doctor’s offices, though we’re both in good health—another frustrating thing about aging.