The Apple Store in Little Rock made short work of replacing the hard drive in the MacBook, but I did lose some music because of a failure to frequently backup iTunes—lesson learned, and lost a lot of financial data.  Apple allows the hard drive to be partitioned to run Windows, and I had done that in order to run Quicken.  Kay and I have all of our non-cash transactions recorded via Quicken back to when we first married.  As it so happens, when I ran a “complete” backup for the MacBook Pro, it only ran the “complete” backup for the MacBook side of the computer.  Consequently, all the data on the Windows side of the hard drive was lost.  Our most recent backup of Quicken was June 2013.  We opted not to partition the new hard drive, meaning that we had to acquire new Apple OS based personal financial software.  After loading iBooks 5 and populating the accounts, it crashed twice, resulting in a reboot.  I finally acquiesced and bought Quicken 2016 for Mac, and spent from the better part of 3 days populating accounts via recovering data from financial institutions’ download sites and hard copies, finally accepting that there were going to be gaps—hard for an OCD personality type—and entered a one-line item adjustment for a couple of credit card accounts.  Anyway, bottomline is that we are close to being back “whole”.  And the weather cooperated by being rainy and cold, foreclosing outdoor activities.
The cold weather brought new ducks to the lake behind the house and lots of birds to the suet feeders hanging off the deck rail including Eastern Bluebirds, Carolina Chickadees, Tufted Titmice, Carolina Wrens, Crows, White-breasted Nuthatches, and Red-bellied and Downy Woodpeckers; ducks included Mallards, American Coots, Buffleheads, and some I’ve yet to identify.  Squirrels are still a nuisance, but almost tolerable. 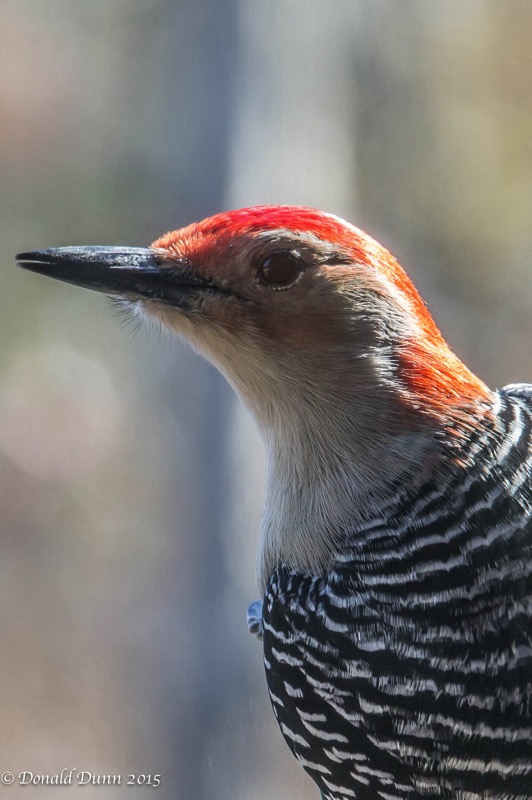 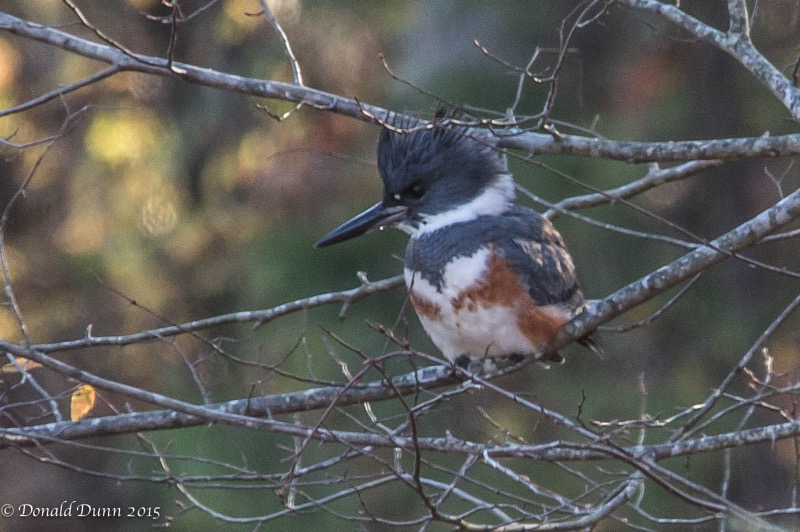 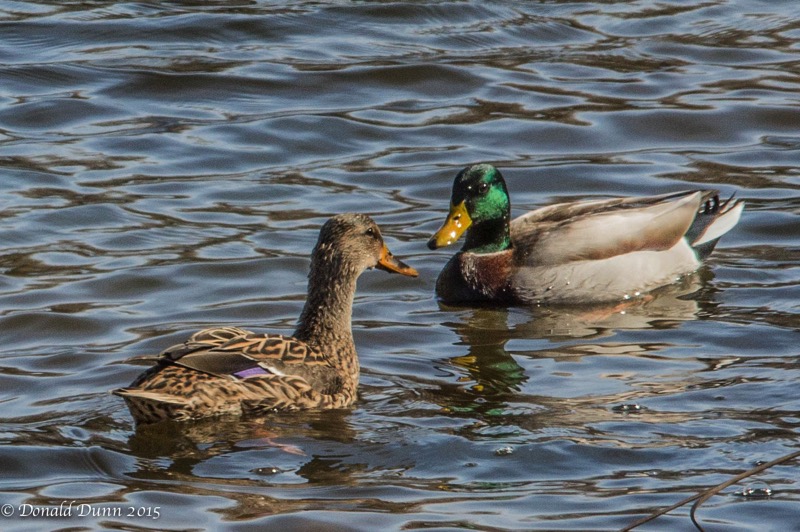 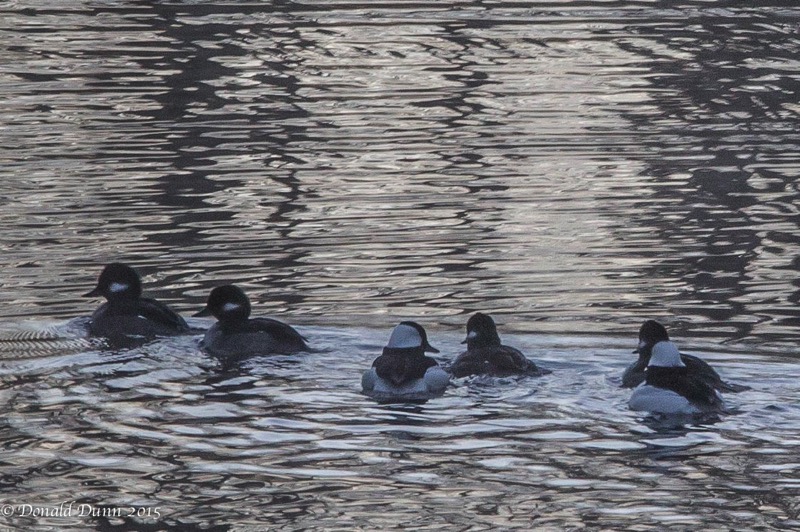 With the approaching holiday season, Hot Springs Village abounds with activities.  Early in the month, we saw The Hit Men Live, former performers with Frankie Valli and the Four Seasons, Tommy James and the Shondells, The Critters, Cat Stevens, Carly Simon, Jim Croce, Barry Manilow, and Elton John and Kiki Dee—wow, were they awesome, with old women and men dancing in the isles!  We also saw the Village Big Band perform to open Garvin Gardens Christmas lights, and the lights along the 1+ mile trail were outstanding.  There are several other concerts scheduled between this writing and Christmas.
Golf has slowed considerably with the combination of almost 10 inches of rain, and then cold weather with some sub-freezing temperatures.  With relatively dry weather I played on Wednesday before Thanksgiving, joined by good friend, Jim Morris.  The fairways were green, but by Saturday they had all gone into dormancy, perhaps helped with the addition of another 5+ inches of rain right after Thanksgiving. 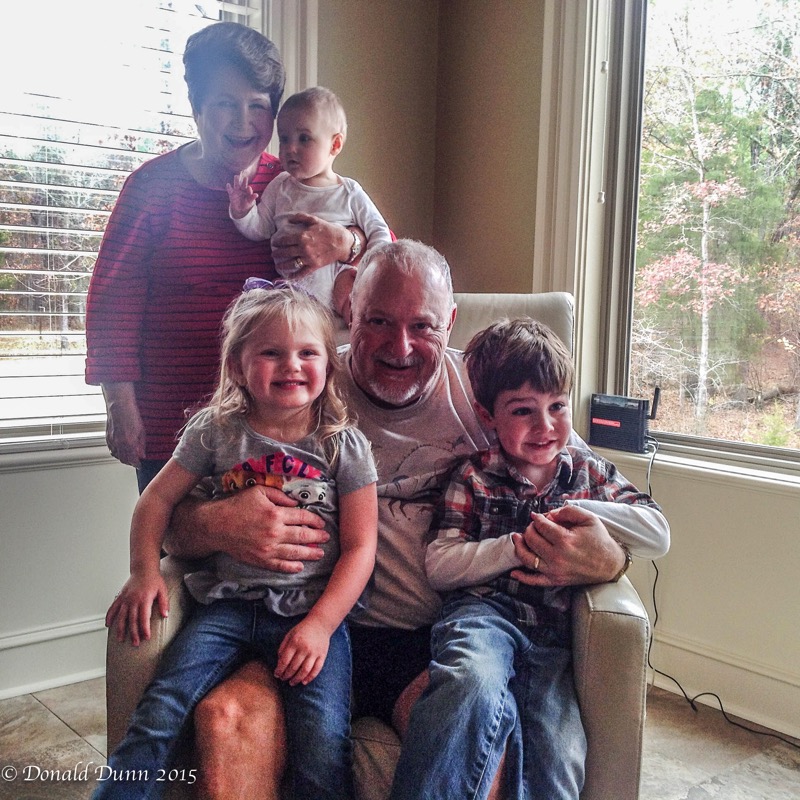 We opted to remain in Arkansas through December of this year in order to celebrate the holidays with family in the new house.  In that regard, we hosted Jenny, Harper, and Brian on Wednesday and Thursday nights,  and on Thanksgiving, enjoyed a brief visit from Karyn, Ridge, Aker, and Matt, including a great dinner for the family.  For me, particularly, it was very gratifying to have the kids and grandkids interact, and particularly to watch Ridge and Harper play outside.  In addition, Kay set up a tree in the sunroom just for them and had a box of ornaments for them to place on the tree—awesome—and we couldn’t be more blessed!  We are so blessed that in our blended family, Ron, Karyn, and Jenny, and their respective spouses are really good parents.  Praise the Lord.  With this being Ron and Cheryl’s first Thanksgiving as husband and wife, they opted to have Thanksgiving with their blended family.  We visited them on Saturday, especially to see Kayden, home from college for the long weekend. 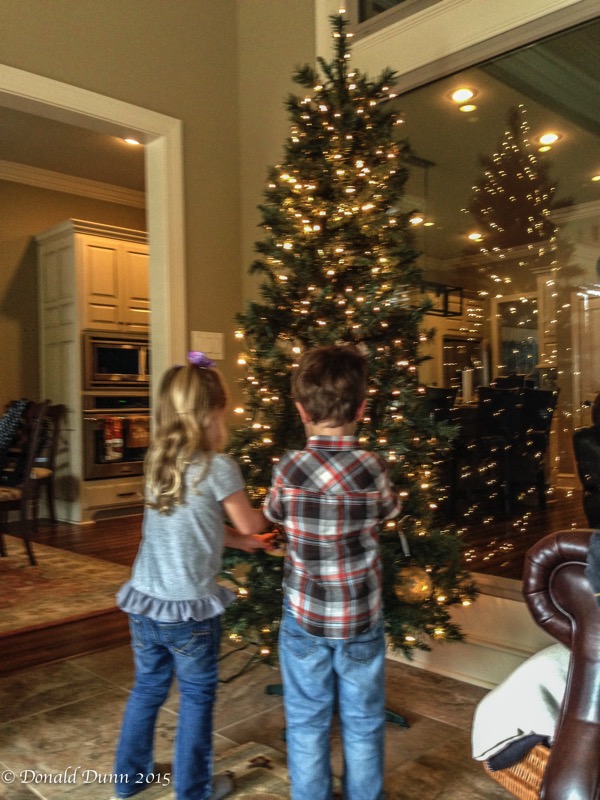 Kay really got serious about Christmas decorating on Friday evening and Saturday despite the steady rain which continued through Sunday, keeping us indoors.

With Kay’s help in the glazing department, I made apricot fried pies Sunday afternoon, using dried fruit no less.  Though I only took a bite or two, they were pretty awesome.  A good way to end the month.