Skip to primary content
November started like October ended with warmer than usual weather, rain, and a busy calendar. Activities continued with respect to our neighborhood’s hosting of the University of South Alabama women’s golf team with a pasta buffet dinner at the Diamante Club, a neighborhood potluck for the team, parent families, and of course, lots of golf. It was fun but we breathed a sigh of relief when it was over! While watching them play golf, I noted a bunch of butterflies nectaring on Lantana at Diamante Golf Club. There were several varieties of skippers, a Gulf Fritillary, and an American Lady.  (Regrettably, photos of these are temporarily unavailable.) 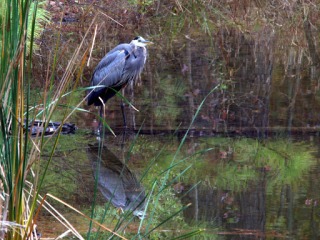 Fall weather finally arrived the second week of the month with highs in the 60s and lows in the upper 30s and lower 40s. The cool weather brought a Great Blue Heron to the lake behind the house, and birds to the suet feeders hanging off the deck rail including Tufted Titmice, Carolina Chickadees, Crows, Eastern Bluebirds, Dark-eyed Juncos; of course, squirrels also came. Cayenne pepper covering the outside of the suet block deterred the squirrels until the birds pecked it all off; I’ll add it to homemade suet next time. While no shooting is allowed in the Village, we dug out the air rifle and will sting a few if they don’t leave the feeders alone. 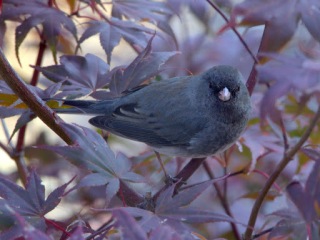 On Sunday, November 8, I awoke with little to no back pain, and both infections I had seemed to have had for several weeks dissipated; it’s the best I’ve felt since June 2014! It’s amazing how little things can drag a person down.
Kay has developed a hyperactive social life here in the Village, and has packed her calendar with luncheons and meetings, most having to do with charitable causes. Yet she till makes time for medical appointments (she’s battling tendinitis in her right wrist) and spending shopping time with daughter Karyn and visiting the grandkids. In this regard, we drove to Maumelle for a rare, but brief visit. When Karyn told Ridge that we were coming to see them all, he said no mommy, KK is coming to see you and DD is coming to play with me. Out of the mouths of babes; don’t you just love ’em!
We’ve been cooking a lot lately (I promised Kay that I would cook more when we move to the Village). I made chicken and sausage gumbo and baked a coconut creamed pie for bridge night with Jim and Jackie, and chicken parmesan for dinner with new friends and neighbors Jay, Diane, Mike, and Susan while Kay made her award winning fresh apple dumplings—pretty scrumptious.
Because the squirrels ate all the store-bought suet, I made suet using our recipe adding lots of Cayenne pepper— the pepper does not bother the birds, but is “offensive” to squirrels. It has attracted lots of birds, including Titmice, Carolina Chickadees, Eastern Bluebirds, Downy and Red- bellied Woodpecker’s, and Goldfinches. We also had a visit from a Dark-eyed Junco and a plethora of crows. Just a note about the photographs. All the photos were taken using a tripod and electronic shutter release; the sharpness is so much better, even when taken through one of the sunroom windows. 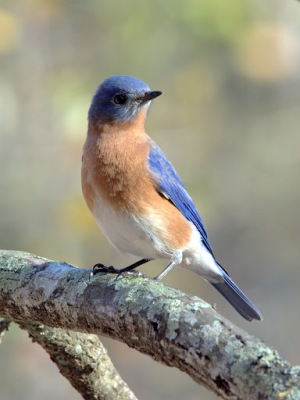 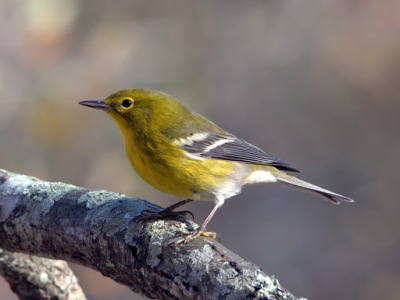 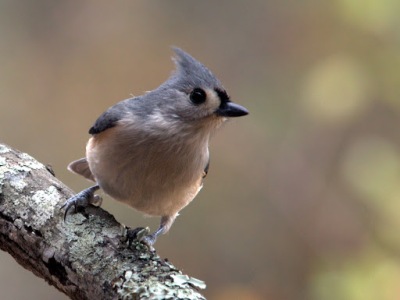 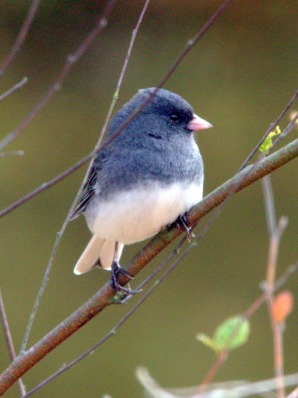 Disaster struck late in this reporting period when the hard drive on the MacBook Pro crashed while doing a software update. We took it to the Apple store in Little Rock, and the “genius” was able to save our data—mostly photos and music—but we’ll have to have a new hard drive, and it should be ready in a few days. Thus, the photos in this blog entry were edited using Picasa. I miss my MacBook!