KAY’s TAKE:  Because Europe had a mild winter (not much snow ) and a warmer than usual summer, the rivers are lower and apparently Viking and other river cruise lines have had to cancel trips.  Some they have attempted but had to switch river ships & passengers.  We, however, were blessed with some rain that helped our ship travel the entire 1100 miles from Amsterdam to Budapest.  We were spoiled as much as possible by Viking.  It was wonderful.  The food was good and we ate too much, but it wasn’t exceptional.  However, our wait staff was great!  We loved Dasan (Serbian) and Andrea (Slavakian).  They were the best in the entire dining room. 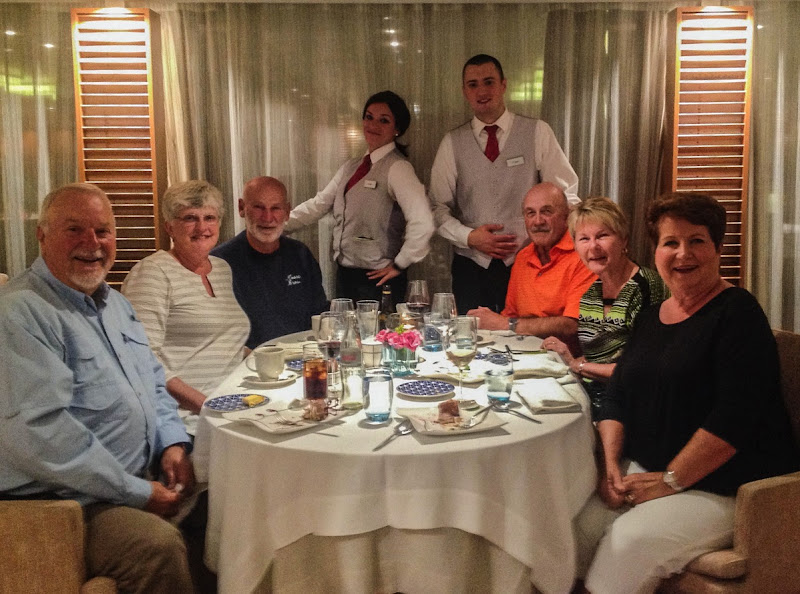 The lunches, especially, were fairly bland.  We enjoyed free wine & beer at any meal.  Which was great!  All excursions were great except one – an extra one that we chose in lieu of the regular city tour.  All of the regular excursions were included in the price of the cruise.  We really had some fabulous guides who spoke excellent English, were very knowledgeable and interesting.  The only optional excursion that I wish we had done was the concert in Vienna.  It cost extra.  Everyone said it was wonderful.  It’s a good thing I did not buy a ticket because I got food poisoning the day before and I didn’t feel like going for sure.  Can’t remember throwing up that hard ever – dry heaved for several hours later.   One thing about the ship that was especially great, is they have many 110 outlets in the guest cabins.  We were able to charge 2 iPhones, 2 iPads, and Donald could use his cpap machine all without using a converter.  Same for my curling iron.  Did I mention that the bathroom tile floors were heated?  We have those at home also.  Viking just did a lot of things on the ship and the excursions that made the trip so great. 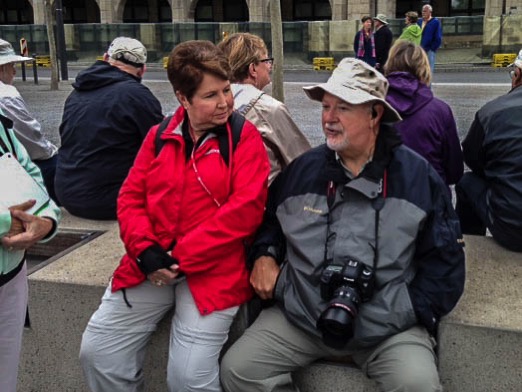 I didn’t bring enough clothes.  I packed and then took about half out.  A mistake.  I needed 6-8 (only brought 3 ss/4ls) more short sleeve tops, 2-3 jackets/sweaters (only took 1), a pair of jeans (took 4 capris & 2 slacks), 3 more pair of shorts (only took 1), and 2-3 more casual dressy outfits for dinner meals.  She also should have brought some costume jewelry and scarves to dress up or change some inter matching outfits.  Lesson learned!  Also could have used a pair of sandals.  Although tennis shoes were necessary for walking during the city tours because of all the cobblestone streets.

DONALD’S TAKE:  Everything about Viking’s Grand European Tour was classy from the moment we boarded until we walked the gangplank leaving.  Much of my opinion regarding life aboard the Viking Gefjon was expressed in an earlier blog entry.  The Catepillar engines, perhaps designed and built under the direction of good friend Jim Passe, hummed quietly as they powered the long boat 1100 miles through Europe.

I, too, did not bring enough clothes.  In hindsight, I would have brought more shorts as they were allowed everywhere we went, including cathedrals, and more golf shirts, several pair of ankle socks (I borrowed a pair from Kay and wore them the whole trip); this would have prevented daily washing.  An additional pair of casual dress slacks and a sports coat would have also been welcomed.   And, I would have used the boat’s laundry service more.  I didn’t need the extra big camera and lens, though a really good small camera would have been welcomed as the crowds were overwhelming.  Only one credit card was needed, and it should be a VISA or MasterCard.  I should have made a paper copy of our passports to carry as we were strongly  discouraged from carrying the real thing; they remained in the room’s safe.  We used Euros the entire trip, and found $500 to be more than sufficient, though we didn’t buy souvenirs, etc.

All the onboard lectures, special music, and events were a “must see”; I missed a couple and regret it.  And, we should have bought the inexpensive (about 6€) river map at the start of the trip rather than the middle. 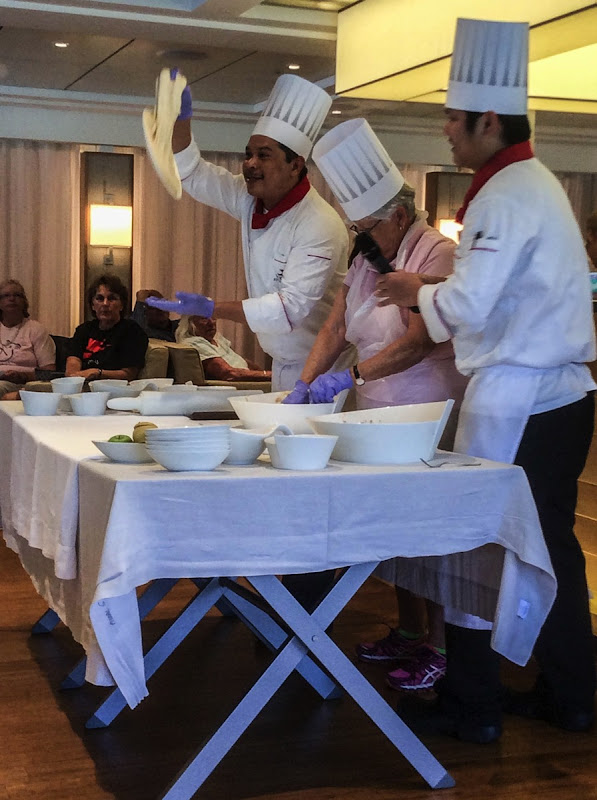 Germany was my favorite country, perhaps because of all the bike trails along their rivers; we saw bicycles everywhere on the trip. 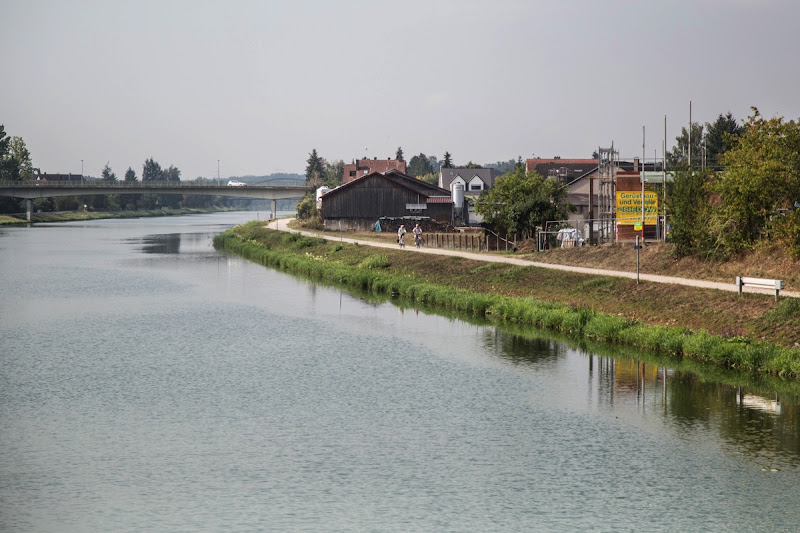 Germany’s small villages were among our favorite stops.  We were in more cathedrals and Catholic churches than most practicing US Catholics visit in a lifetime.  I was overwhelmed by the opulence of these churches and the many palaces we toured. Viewing the scenic countryside from the sun deck was a welcome change.  I wish we could have spent more time in Vienna–one day was not enough–and Bratislava did nothing for me.

English was spoken practically everywhere, and we found the people of the various countries to be very friendly.  Despite what one hears from biased media in the US, we are liked and appreciated overseas, at least in the countries visited, as is President Obama (not a political statement, but an observation).  Also, unlike the U.S., most “public” restrooms, including those in shops and cafes, require a fee of 0.5€ (50 cents), or a voucher showing a purchase.  Most are clean and free of undesirables.

While I would not do this particular trip again–been there and done that–I would definitely sail with Viking, and hope we can tour Europe many more times. 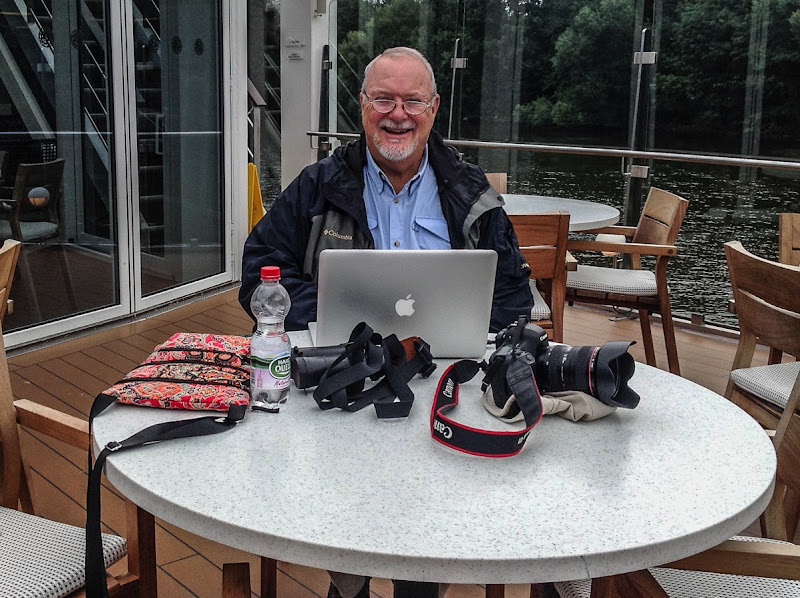