Budapest, as seen from the Viking Gefjon, as we entered the city last night.  It is perhaps the most beautiful night skyline in the world.

Hungary, with a population of almost 10 million people, lies in the heart of Europe, landlocked, and bordered by Austria, Slovakia, Romania, Serbia, Montenegro, Croatia, and Slovenia.  Its size and population were considerably diminished following WW I when it lost about 70% of its territory and half its population.  And again, as part of the defeated Axis powers in WW II, Hungary suffered significant damage, and became a part of the Communist Bloc as a consequence of defeat of Germany and the resulting treaty among the Allied powers.  According to our guide, the people of Hungary suffered significantly under the harshness of Communist rule which ended in 1989. 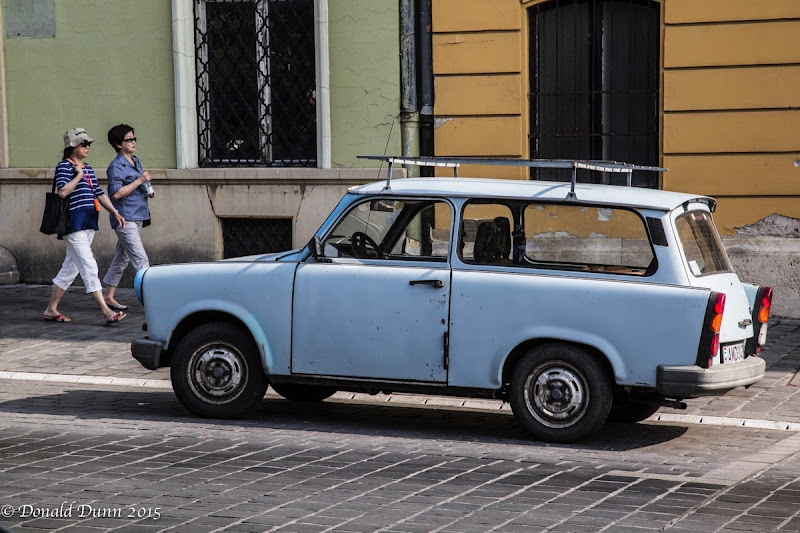 Budapest, pronounced Budapesht, derives its name from buda, meaning hills, and pest (pesht), meaning flatlands.  It has a population of over 1 million people. It’s architecture is of baroque, neoclassical, Art Nouveau, and communist style, the latter being very plain, colorless, and prefabricated.  Notable structures include the Chain Bridge, Hungarian Parliament Building, Buda Castle, and Matthias Church, to name but a few.  The view of the Danube riverfront and the Buda Castle District was named an UNESCO World Heritage Site in 1987. 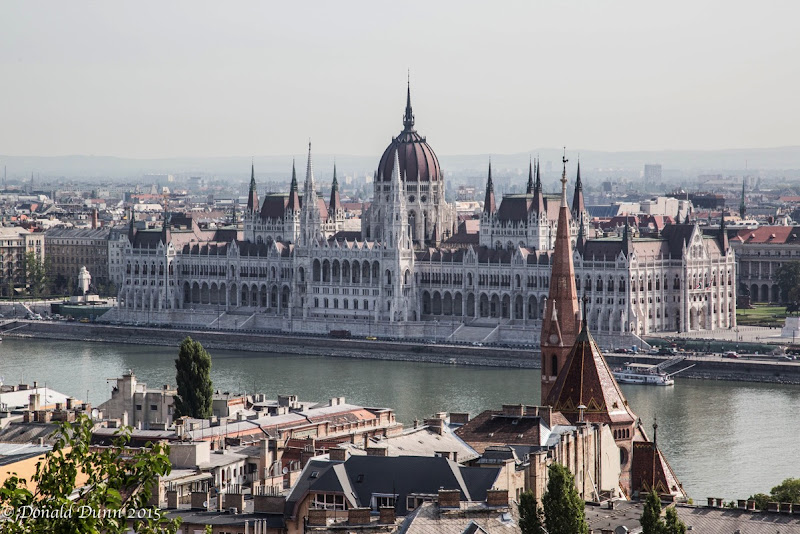 Typical of other large European cities, it is very cosmopolitan with a plethora of designer shops, book shops, art and music venues, and coffee shops and sidewalk cafes.  It is home to Dohany Synagogue, the largest in Europe.  Budapest also has some 80 thermal springs, and Turkish baths abound.  Budapest and Hungary are, by far, the least affluent city and country, respectively, that we have visited as wages are about 20% of surrounding countries.  As a consequence, and with now open borders, they are losing many of their young people to Middle and Western European cities. 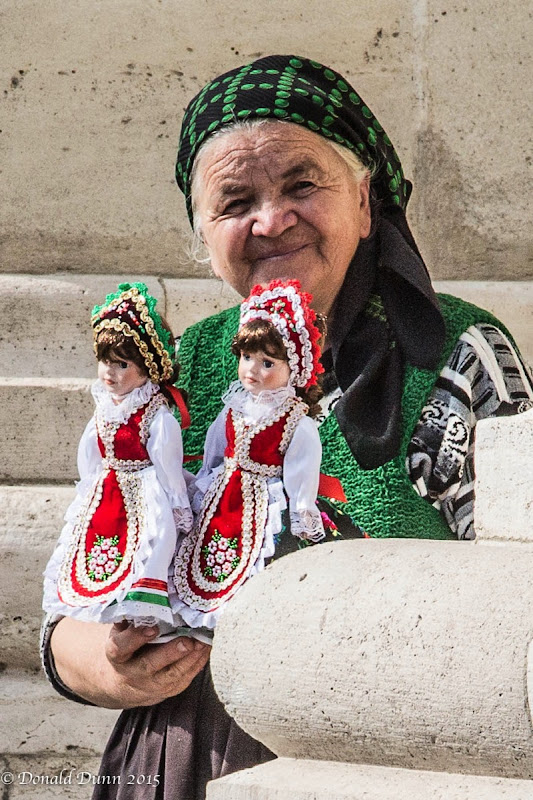 Our combination bus/walking tour took us to both Buda and Pest, through the historic Heroes’ Square, along Fishermen’s Hill to Fishermen’s Bastion, and to Matthias Church–too much and too much to do in the short span of 4 hours. 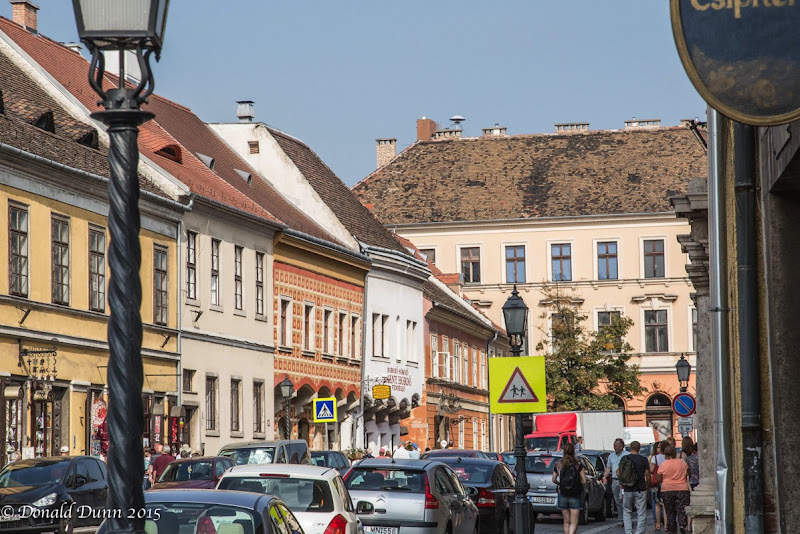 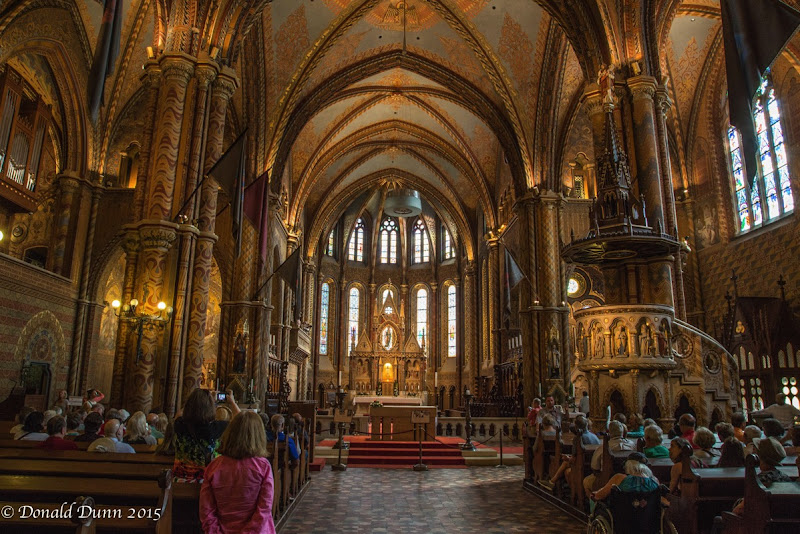 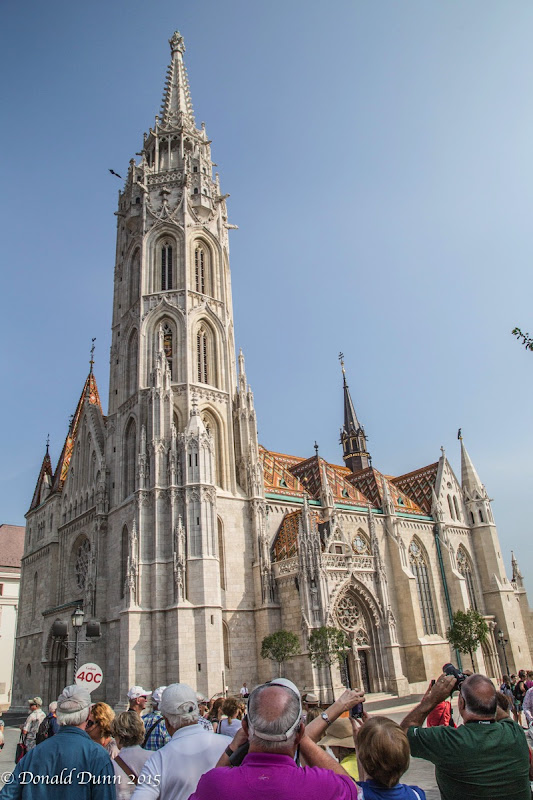 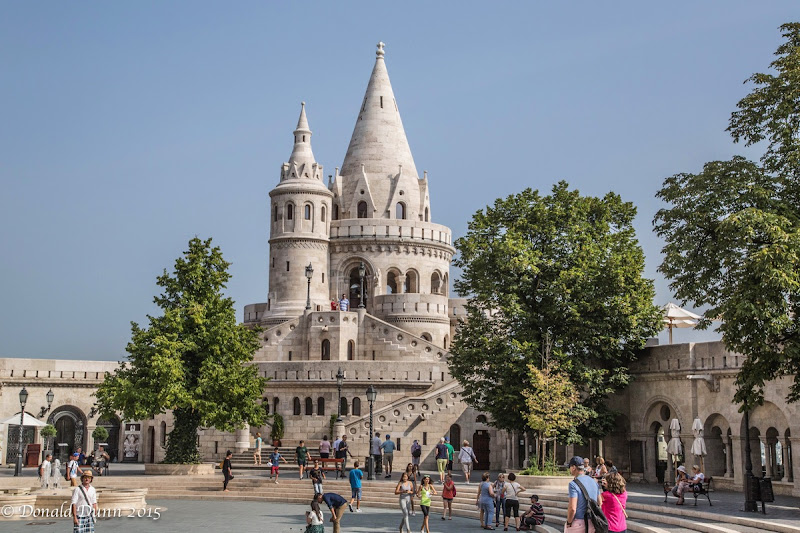