Today, we are in Slovakia, part of the former Czechoslovakia.  A communist state under the control of the Soviet Union, Czechoslovakia underwent a “Velvet Revolution” in 1989 with the fall of communism, and separated into the Slovakia and the Czech Republic in 1993.  Slovakia—bordered by Austria, Czech Republic, Hungary, Poland, and Ukraine—is a member of both NATO and the European Union, and its currency is the euro.  Surprisingly, Kia autos are manufactured in Slovakia as are other automobile brands.  As with most other European countries, school is mandatory until age 14, and then technical school or college (for those who qualify) is free. 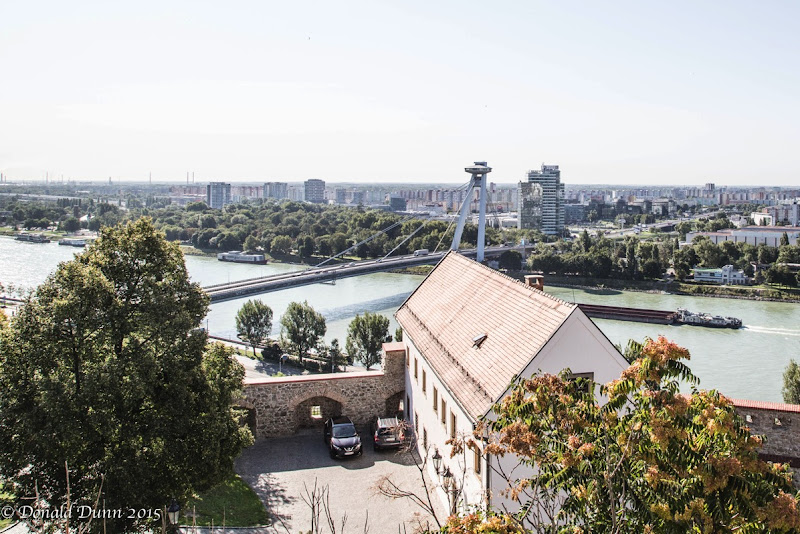 Bratislava is the capital of Slovakia.  It is a typical small European capital city, with a mix of rococo/baroque and contemporary architecture.  Our guide was quite open about her objection to the modern buildings and structures versus the opulent architecture of earlier times.  Our escorted bus/walking tour took us on streets occupied by foreign embassies (according to the Slovakian guide, the US ambassadorship is vacant until a new US president is elected), expensive residences, and the historic city center containing additional embassies. 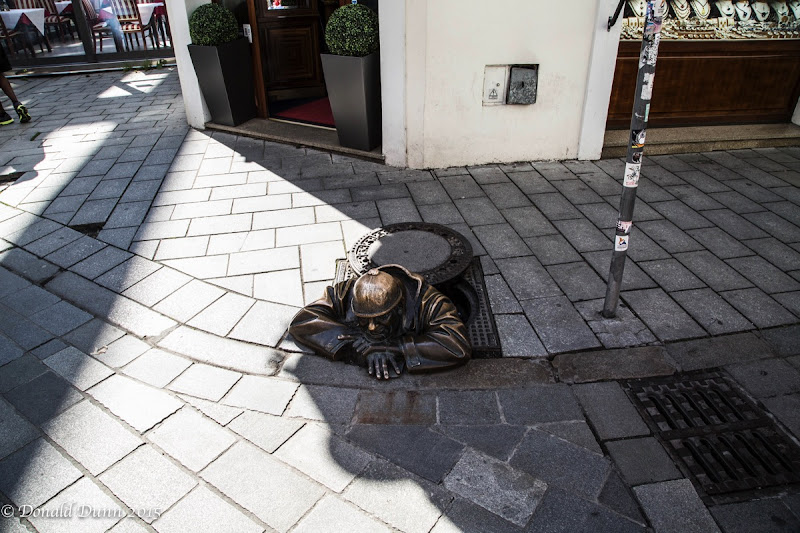 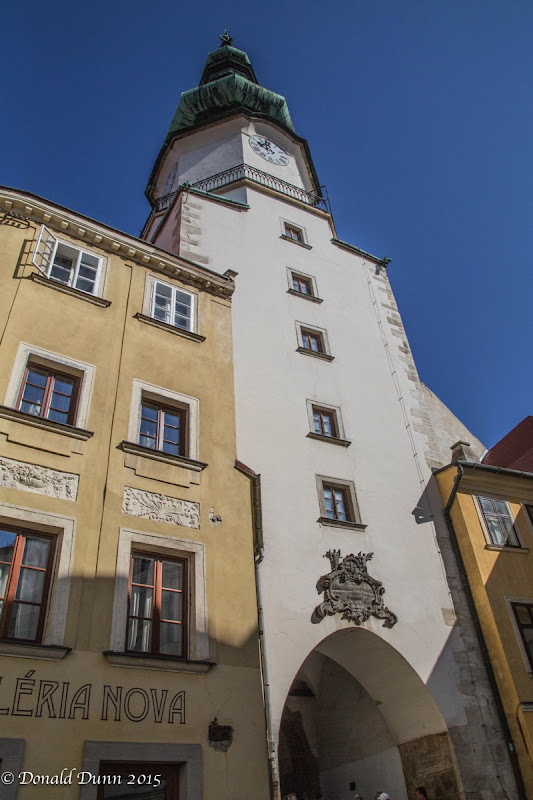 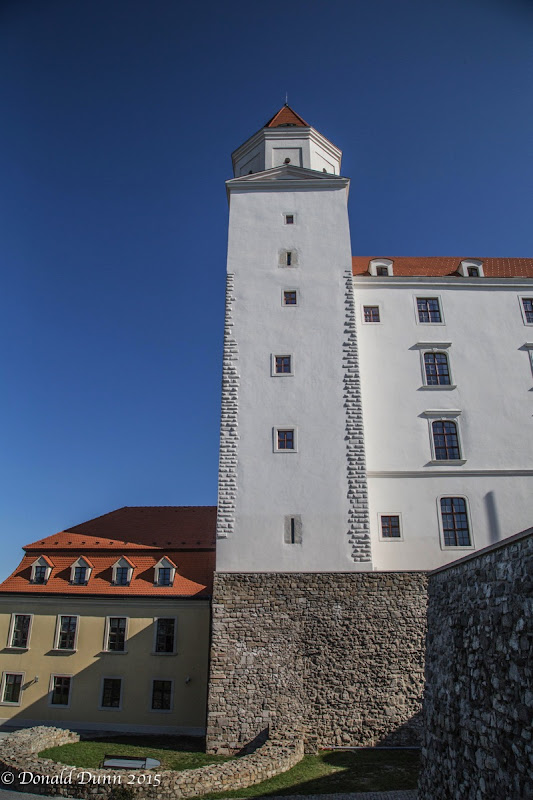 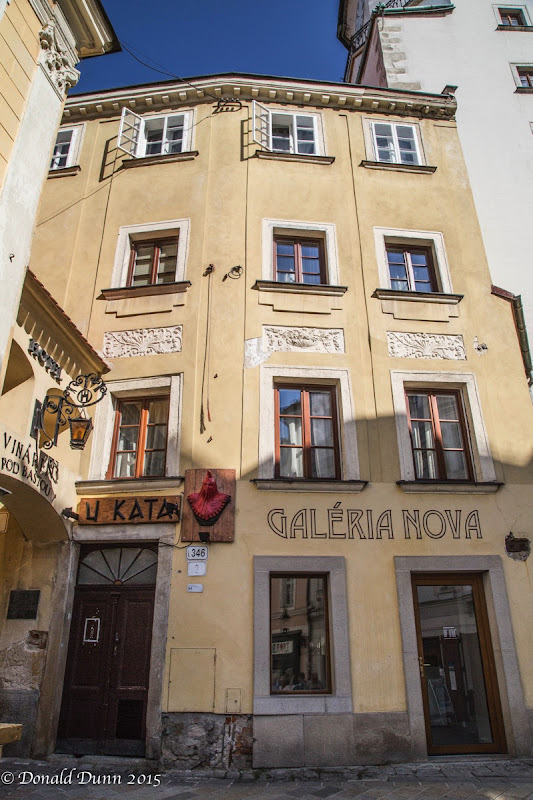 The Viking Gefjon continued sailing downstream on the Danube, through yet another extraordinarily scenic reach of the trip.  This stretch of the Danube yielded a landscape dotted with ruined castles, farms, villages, some vineyards, and a steep forested gorge, among the most scenic areas we have seen on the tour.

And then, after dinner, with darkness overtaking the skies, we sailed into a brightly lit Budapest riverfront about 11 pm, perhaps the prettiest capitol city in Europe.