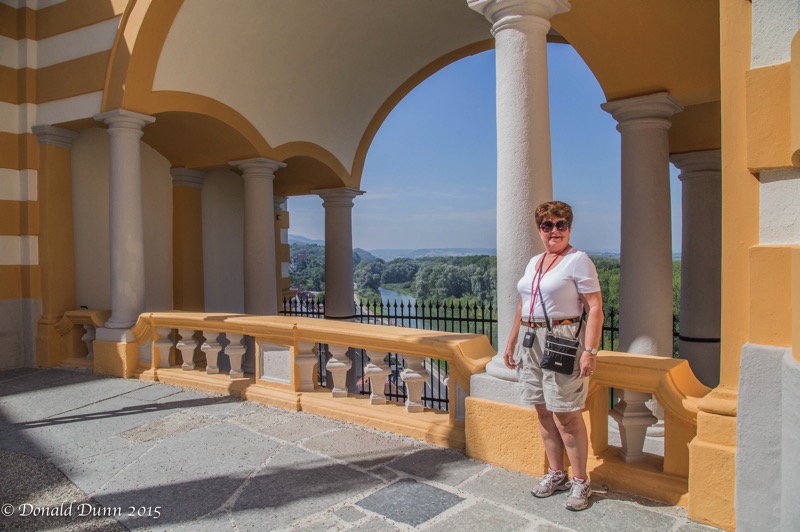 The Viking Gefjon arrived early at Emmersdorf.  Emmersdorf is best known as the location of 900-year old Melk Abbey overlooking the Danube River Valley.  Melk Abbey dates to the 11th century when it was presented to the Benedictine monks who turned it into a fortified abbey.  Today’s abbey was built in the early 1700s in the baroque style to serve as a royal palace for Maria Theresa with ceremonial courts, guest apartments, grand halls, and a magnificent library containing around 80,000 medieval manuscripts.  Also, a 700-student school run by the monks still exists here.  Black-robed Benedictine monks still stroll amid the marble sculptures and frescoed walls, though we saw none.  While the interior was awesome, I thought the exterior was breathtaking. 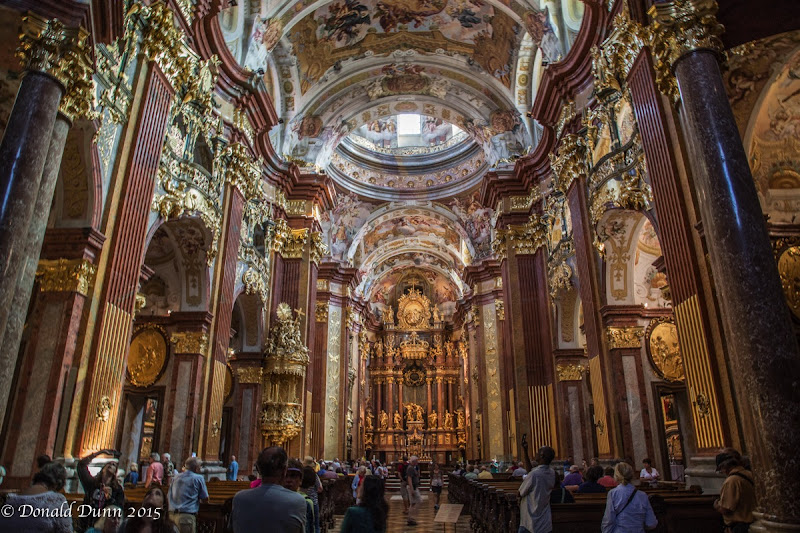 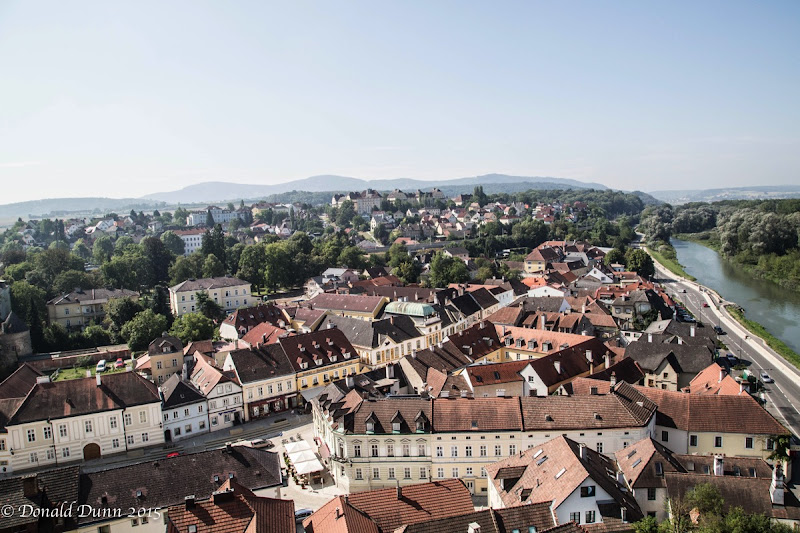 We departed Emmersdorf at mid-afternoon, sailing downstream to Krems through what is known locally as “the Wachau”, a spectacular river valley surrounded by steep, forested mountains dotted by castles (including the one in which Richard the Lionhearted was held captive), vineyards, medieval villages, and occasional nude sunbathers.  The valley is, of course, a UNESCO World Heritage Site, and was perhaps the most scenic sailing of the trip. 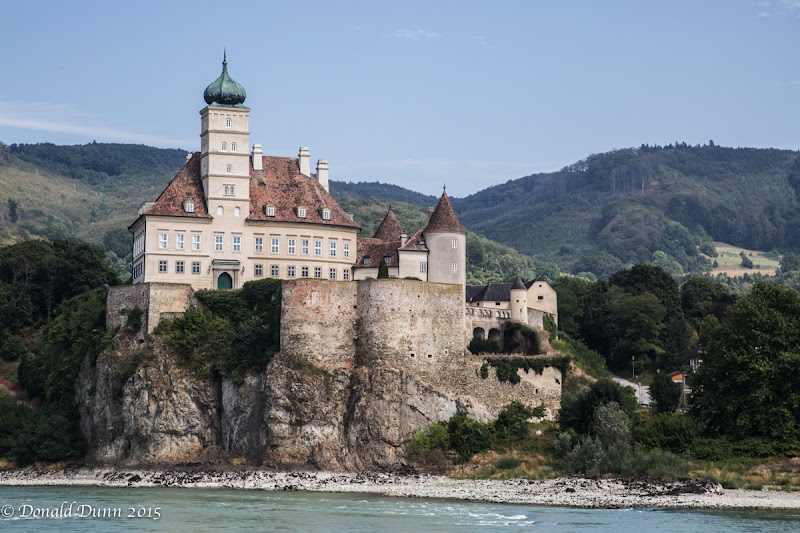 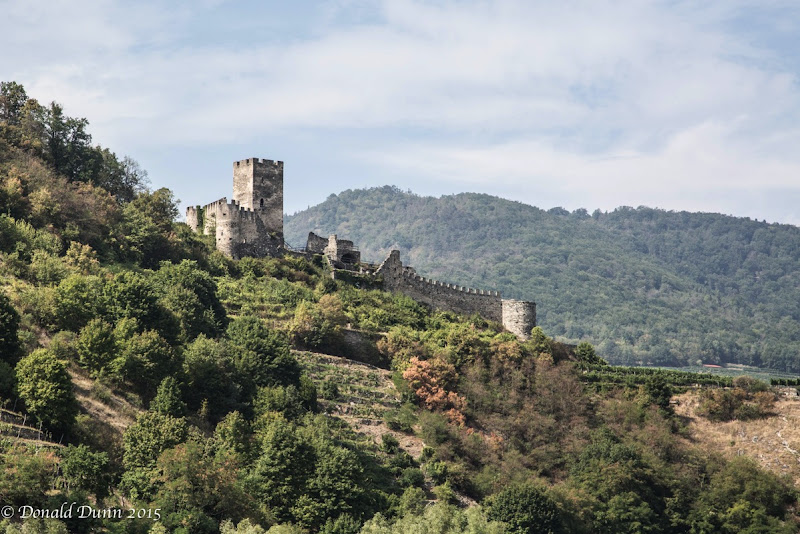 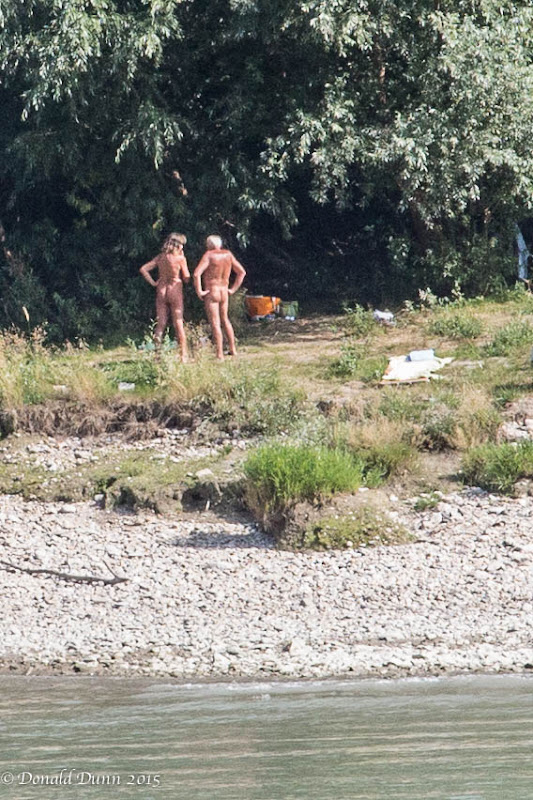 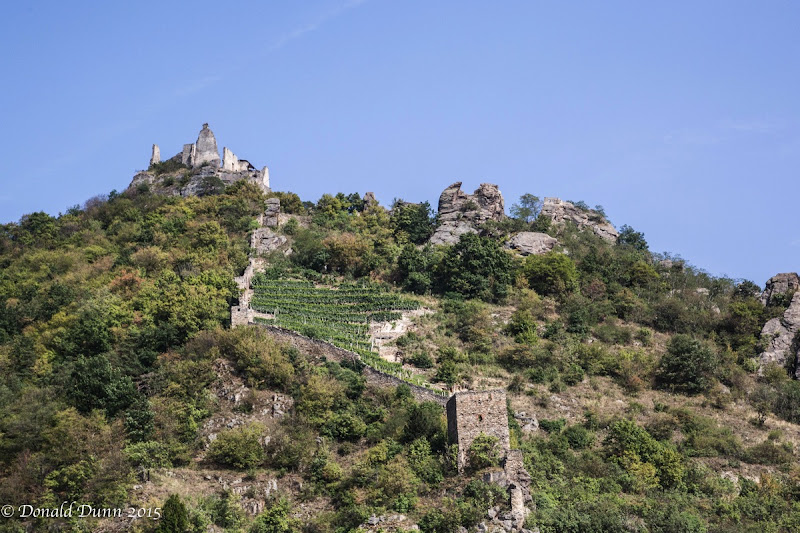 Nothing was scheduled for Krems, though we caught a shuttle bus from the boat to the city center for a brief, unaccompanied walking tour.  Krems is another village along the Danube of medieval heritage with several cafes and shops in the small city center.  This was the least impressive stop on the Grand European Tour to date.