After sailing downstream on the Danube River through the night, we stopped at Passau, a relatively small but historic city (population of 50,000) in southern Bavaria, and our last German city as it lies near Germany’s border with Austria.  Passau was an important medieval city for the salt trade.  The salt, “white gold” as it was called, was mined in the Alpine, and transported to Passau for processing.  The entrepreneurs became very wealthy and powerful.  The salt trade was lost in 1707 when all salt imports to Passau were forbidden.  Fires ravaged the city in the 17th century, but it was rebuilt to reflect the baroque character one sees when walking by the churches and patrician houses.  Passau is also home to St. Stephen’s Cathedral, located on the highest point in Old Town.  Dating back to medieval times, the cathedral is home to the largest “pipe” organ in the world, outside of the US—17,974 pipes, 233 stops, and 4 carillons. 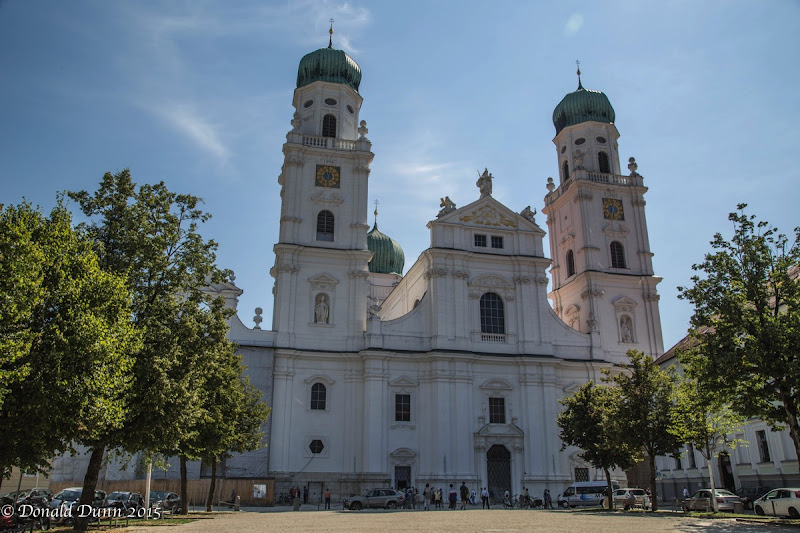 Passau is known as the “City of Three Rivers” as it lies at the confluence of the Inn, the Danube, and the Ilz Rivers.  Each of the rivers is a different color—the blue Danube, the dark green of the Inn which flows in from the north, and the turbid light brownish gray from the Ill flowing from the Swiss Alps to the south (colored by significant glacial flour).

Once again, bicycles were everywhere.  We were particularly impressed with a free, self-service bicycle repair center. 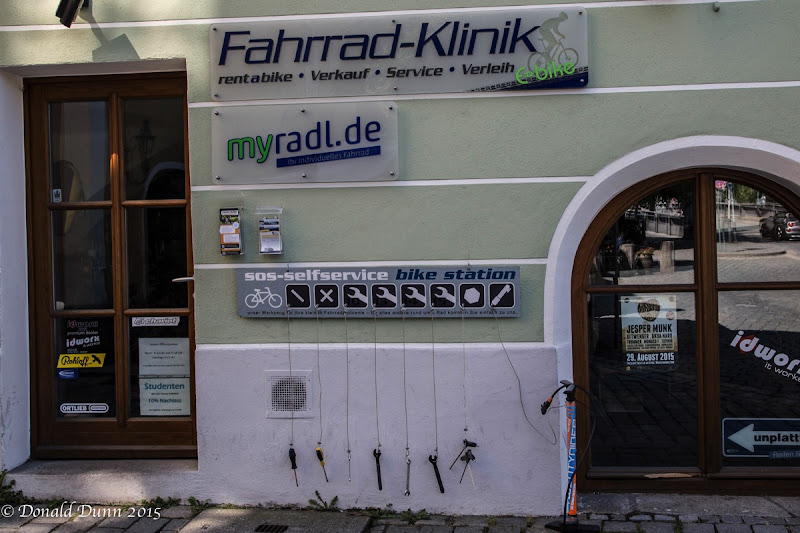 Due to its location at the confluence with the three rivers, Passau is subject to severe flooding.  Historic floods have struck the city over the many centuries since records were kept.  Surpassed only by the flood in the 14th century, 2013 flooding devastated the city and much rebuilding is ongoing.  Note the lower right hand corner of the building shown in the photo below, and then the following photo shows flood levels! 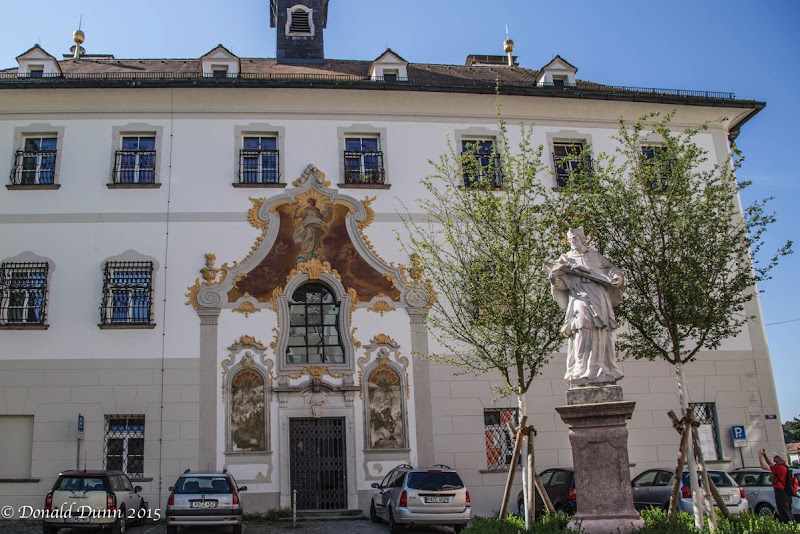 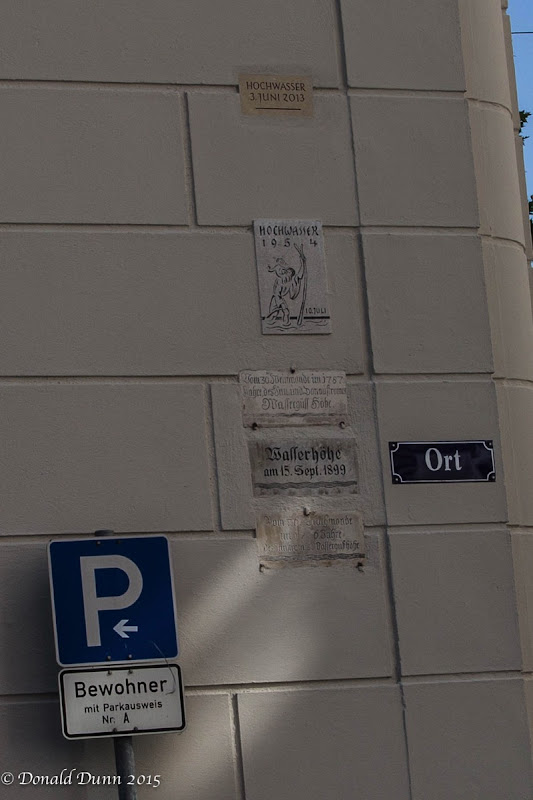 After leaving Passau, we sailed about 1.8 miles (3 kilometers) crossing into Austria, and saying goodbye to Germany.  Germany was a pleasant surprise, as I expected a heavy industrialized countryside.  Instead, many of the cities we visited were quaint, and abounded with cafes and medieval churches.  Except for the few old cities along the rivers, much of the countryside is rural, and bike paths/trails can be found on at least one side, if not both, of the lands adjoining the rivers, and these are heavily used; also, one sees many bicycles in the cities.  If our health holds, Kay and I are considering a bicycle tour somewhere in Europe.  The Viking Gefjon provided great meals, so we consequently ate on board and not in the cities; however, the umbrella-clad sidewalk cafes looked awesome, and throughout Bavaria, locals enjoyed sausages, beer, wine, pastries, and ice cream.  In total, our experience in Germany was fantastic, and we will return if time and travel priorities allow.