We loaded on a bus from the ship for a 30-minute drive into the city of Nuremberg, the second largest city in Bavaria. Bavaria is the largest federal state in Germany. The people here are Franconians. As we drove closer, it appeared to be a very modern city with many tall buildings.

First, we arrived at the Documentation Center and the Nazi Rallying Grounds located on the edge of the city. The center was never completed; it was Hitler’s vision of a large building similar in size to the coliseum in Rome that would honor him. The outside shell was completed; the interior was not. It is located on the site where all Nazi Party rallies were held. Next to this building is the Zeppelin Field where many of the propaganda and grandiose parades and events were held extolling Germany’s return to glory under his leadership. For many years after the war, the history of the Third Reich and the horrors of this regime were quietly ignored. In the 1980’s an honest effort was made to document the propaganda and growth that led to the rise of Hitler and to document the terrible atrocities in order to educate the next generations of Germans so that it would not be forgotten or repeated. Also the German Resistance movement was documented. A museum was completed in part of the documentation center to reveal all that occurred.

On the way in to the walled Old Town, we saw the justice buildings that served as the site for the famous Nuremberg Trials. It was the first time in history that multiple countries—the US, Britain, France, and USSR—worked together to bring war criminals to justice. The three top Nazi leaders committed suicide.

Next, we drove to the historic Old Town and the Imperial Castle which is surrounded by a wall, resulting in a walled city within the modern city. The castle was originally constructed in the 1100’s with multiple buildings added over the centuries up to the 1600’s. It is located on a large hill in the middle of the city with a magnificent view. Under the hill are many caves where beer and other things were stored. When Nuremberg was bombed by the Allies in 1945, approximately 95% of the city was destroyed. Only 50% of the Imperial Castle was damaged, and 50,000 of its residents were unharmed. How? The caves served as their bomb shelter. Roughly 30 years later the city had been rebuilt with help from the Marshal Plan. 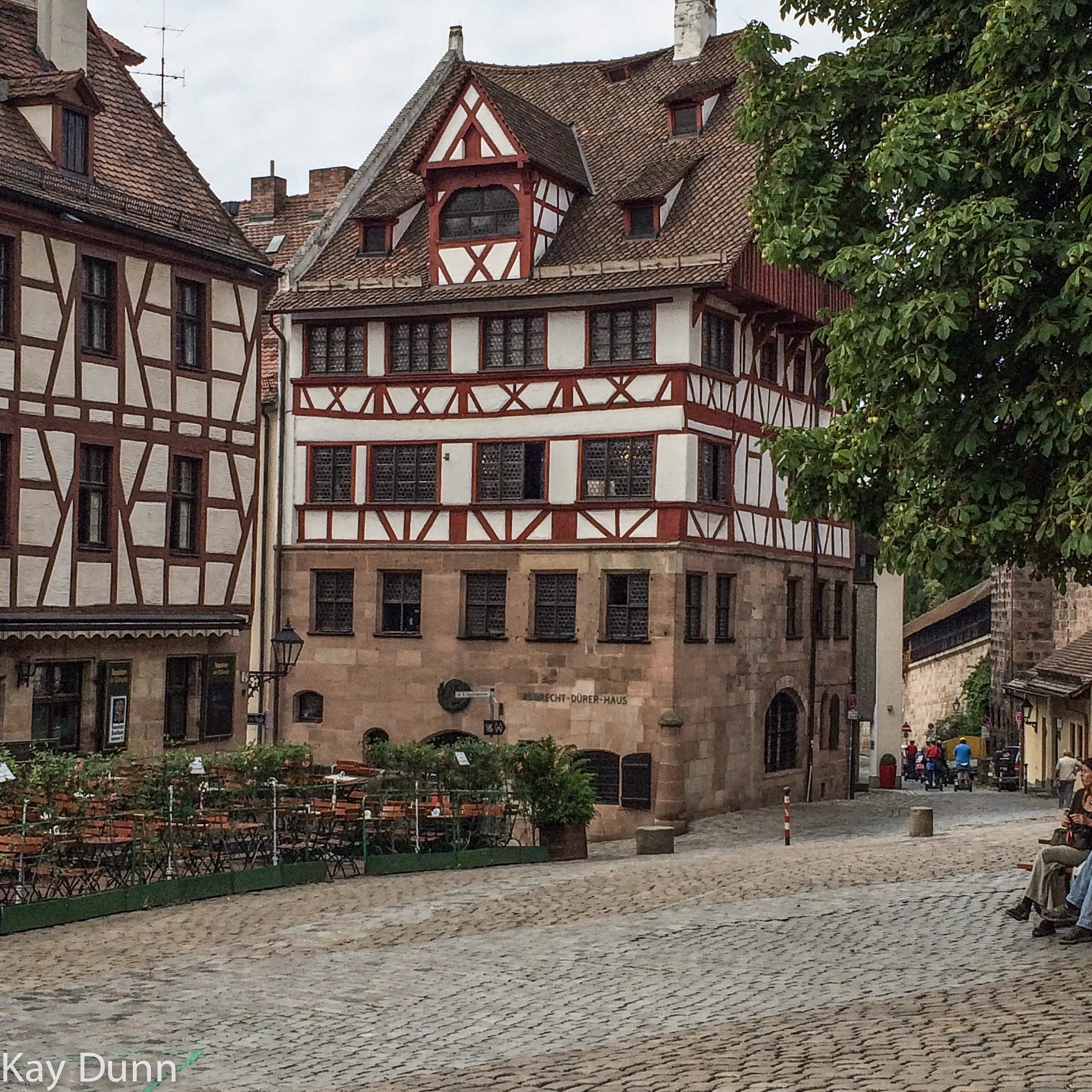 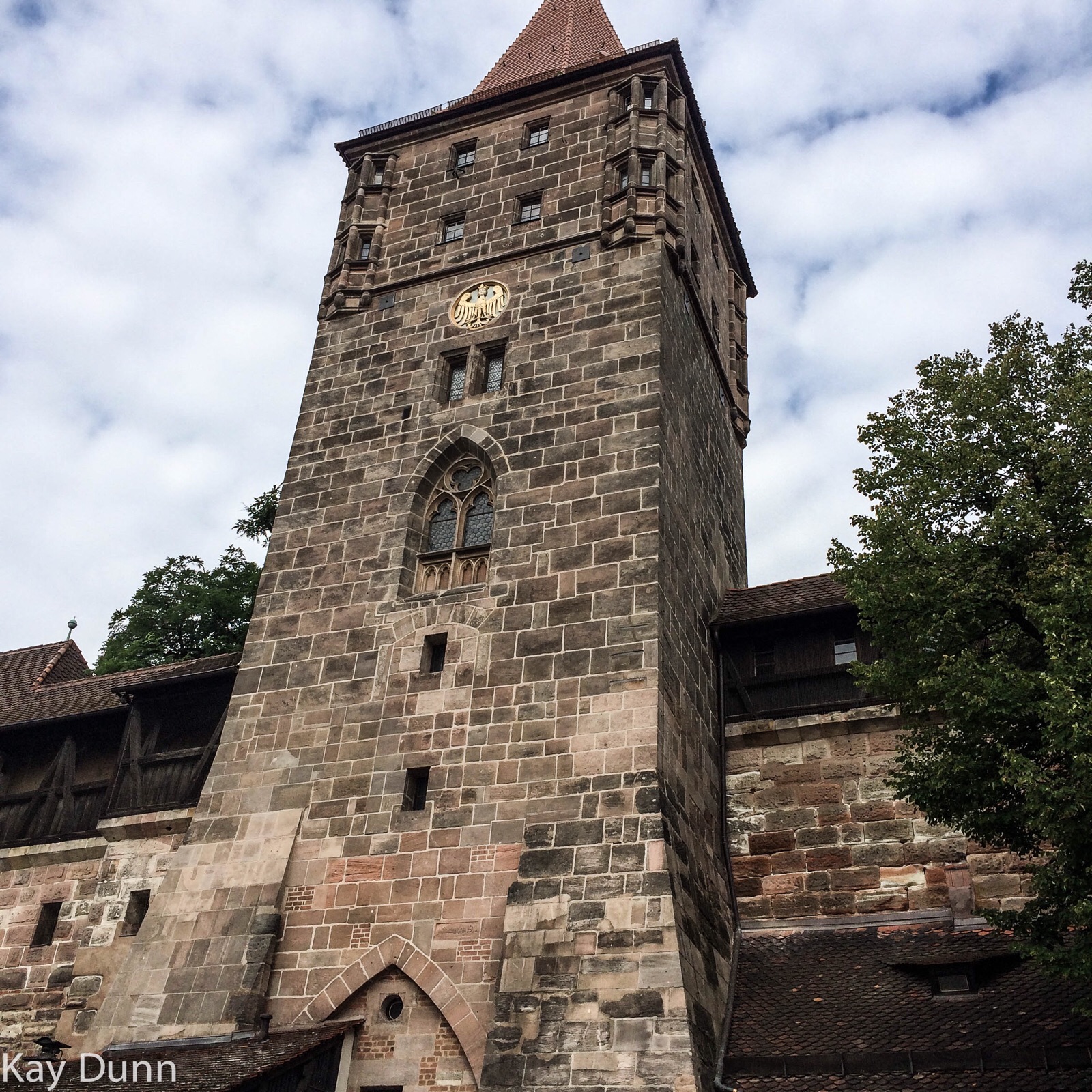 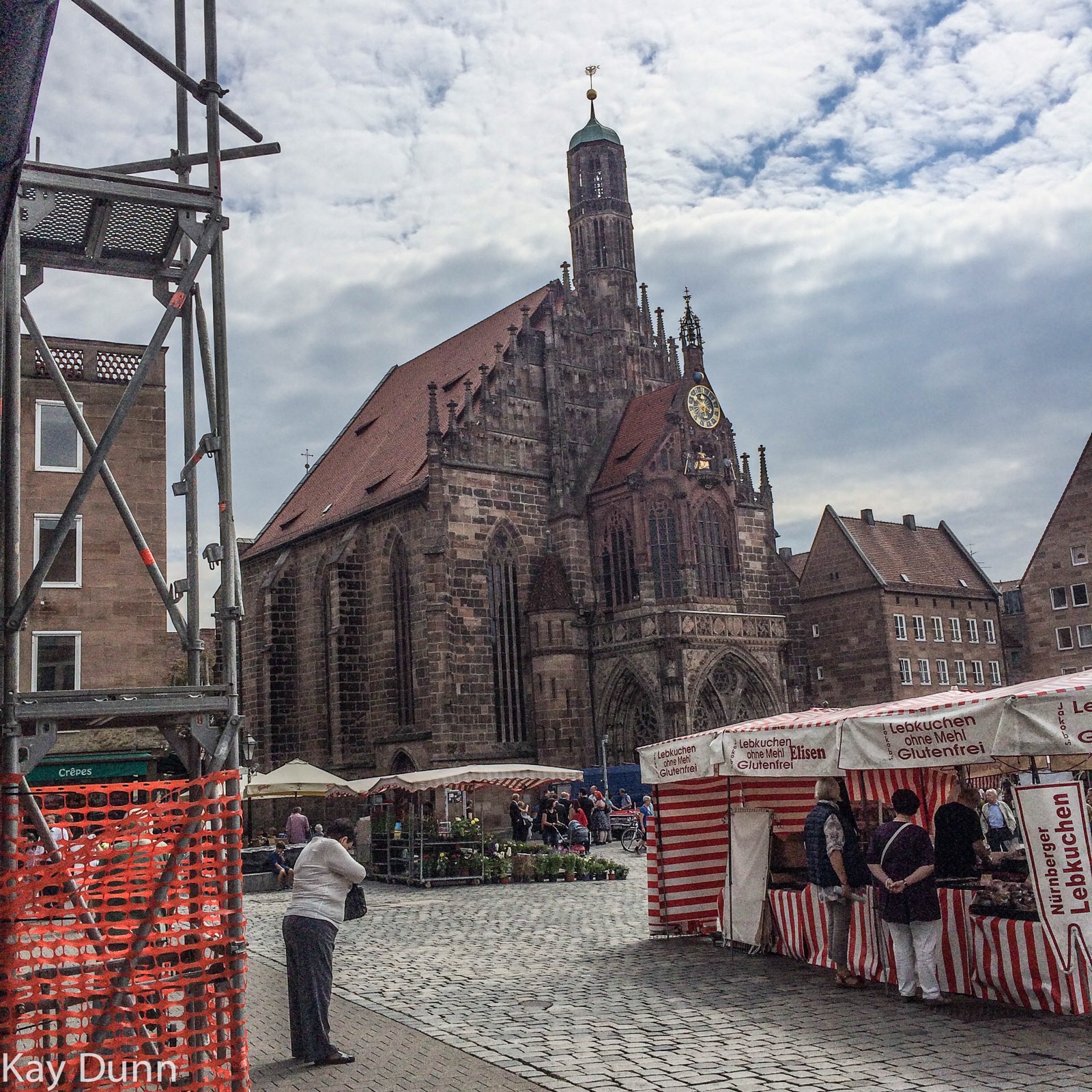 A specialty not to be missed is Lebkuchen. Some call it gingerbread—it’s not; there’s no ginger or flour in it. It is a beloved German Christmas cookie, made from many ground nuts. They are available from many market stalls in the market square and in many bakery or specialty shops. I bought ours from the Lebkuchen Schmidt because Schmidt is the name of some of my dear longtime friends.

Nuremberg today is a city of multiple layers—a railway hub, 80 Gothic towers in the visual profile, Mastersingers tradition with an impressive Opera House, many impressive buildings demonstrating the German Renaissance influence, and an active Market Square with many patio bistros lining the quiet lazy River Pegnitz which wanders quietly through the city.

NOTE from Donald: Yesterday’s extensive weather and distance walking resulting in back soreness and sciatica; thus, I opted to remain on board with a few others also too feeble to execute the 5-hour walking tour and free time in Nuremberg. It proved to be fortuitous as I was able to transit the Rhine-Main-Danube Canal and witness firsthand the filling of these locks from concrete storage areas to minimize water loss in the canals.