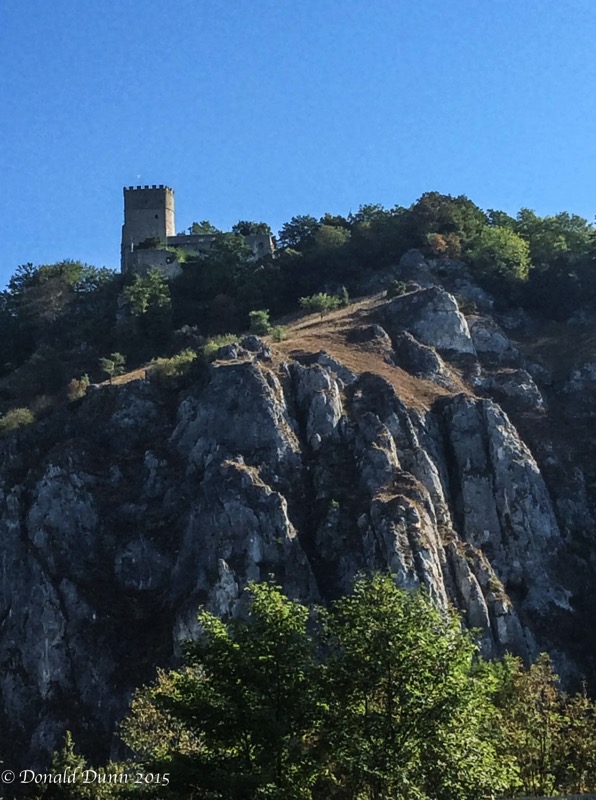 The Viking Gefjon continued sailing through the Rhine-Main-Danube Canal, passing through several more high lift locks (up to 80 feet), before crossing the continental divide early, early in the morning.  We sailed past several castles, picturesque villages, and remnants of the old canal and lock system built in the 1850s. 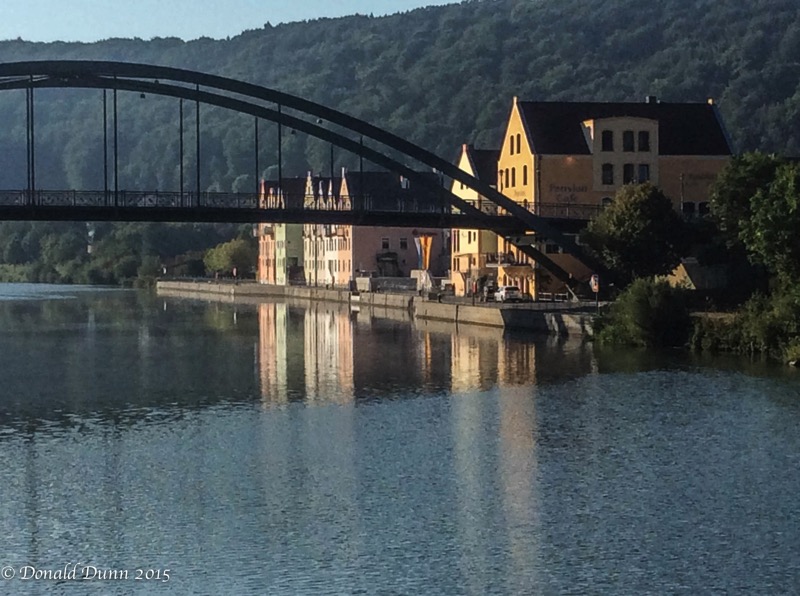 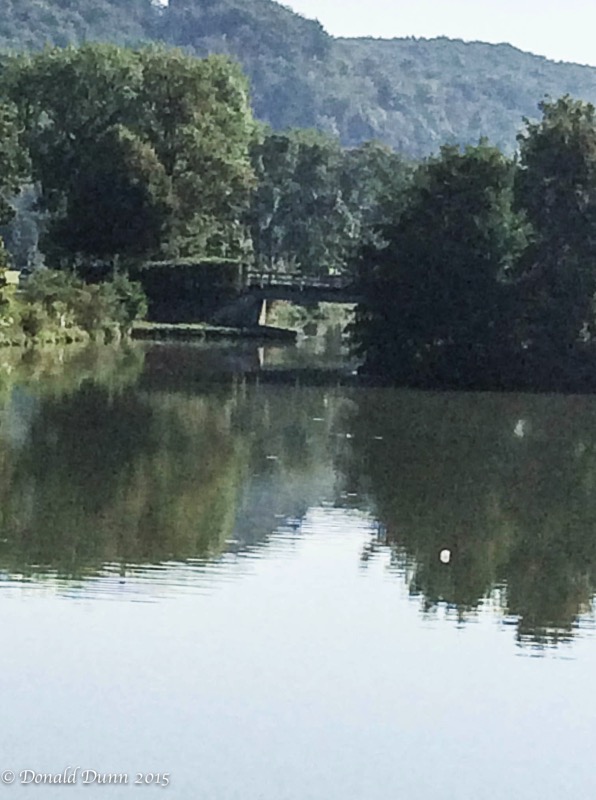 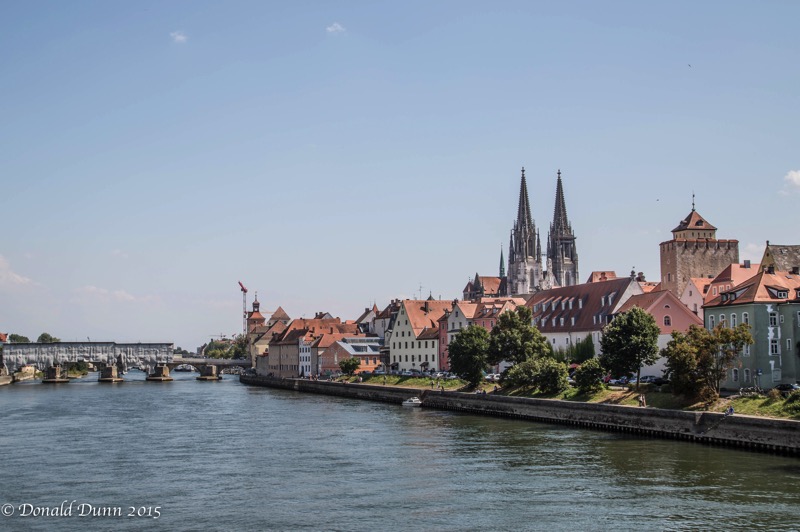 Just after lunch, we sailed out of the canal and into the Danube River, our fourth, near Regensburg.  The longboat stopped briefly to allow us to de-board for excursions into Regensburg, home of the former, but still living pope, Pope Benedict XVI.  A relatively large city, Regensburg is home to many churches, including St. Peter’s Cathedral dating back to 700 AD.  The current Gothic-style building was completed in 1320.  The “church” excursion took us to several churches in the city; however, either the guide was walking and talking too fast or masses were being held, prohibiting our seeing much of the insides of the churches (while most of the excursion guides have been good, this one was not). 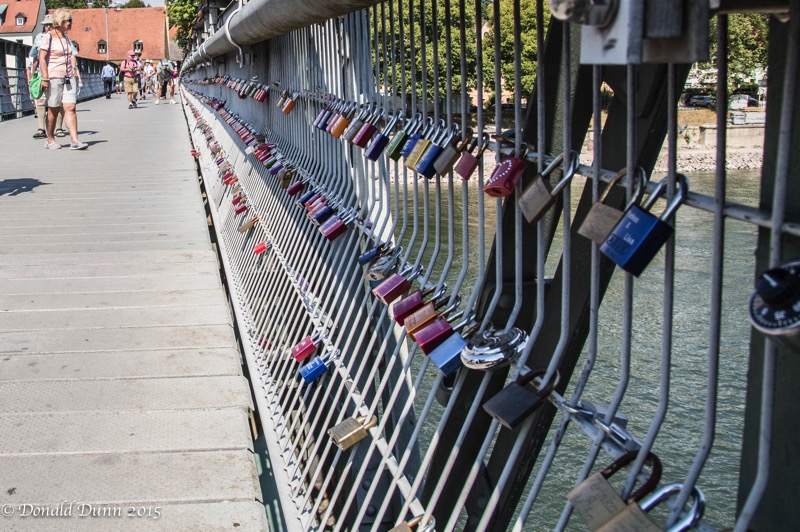 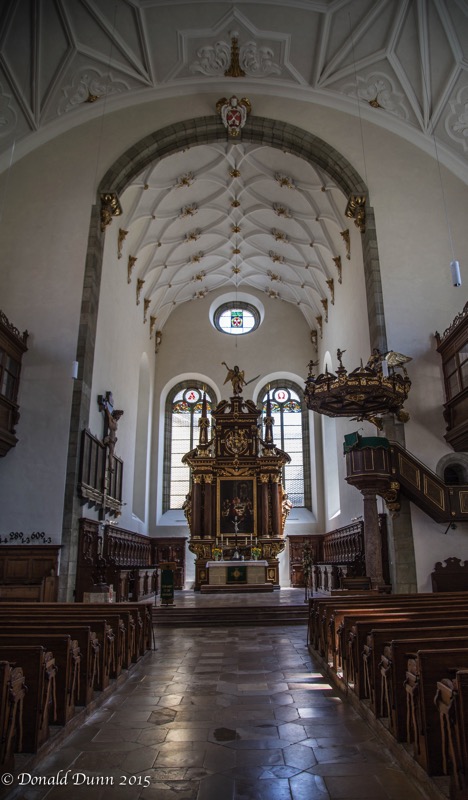 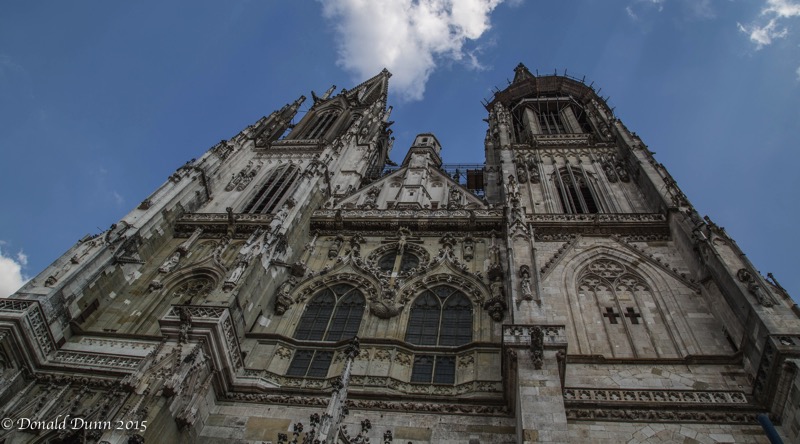 The city center was full of people enjoying beer, coffee, pastries, or ice cream, but not so much sausage as in the last few cities visited.  People watching proved to be far mor exciting than the tour.  A man was entertaining children, and adults too, creating bubbles in a cafe area. 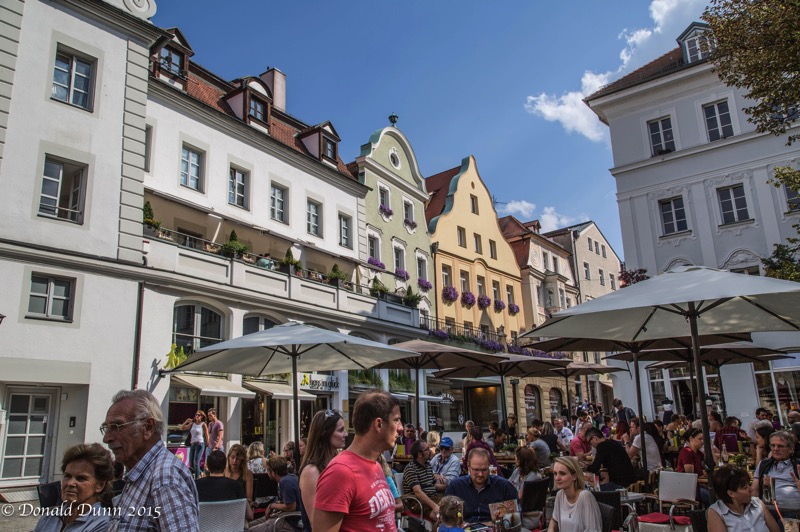 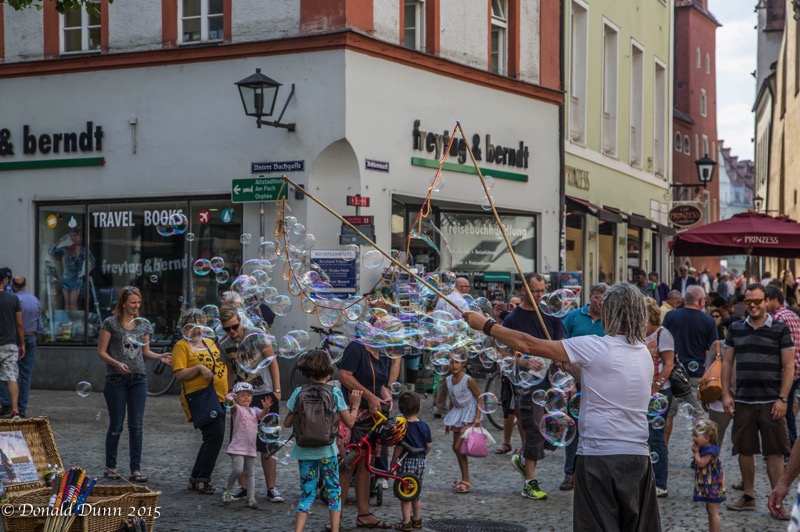 Bicyclists were everywhere. Several wedding parties were being photographed, with beautiful brides, most appearing to be of Italian heritage.  Even a “Bruce Jenner” type was observed. 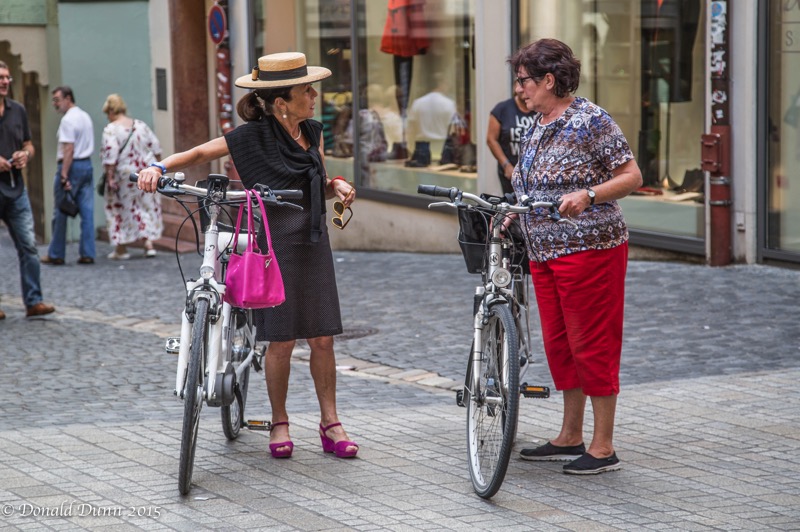 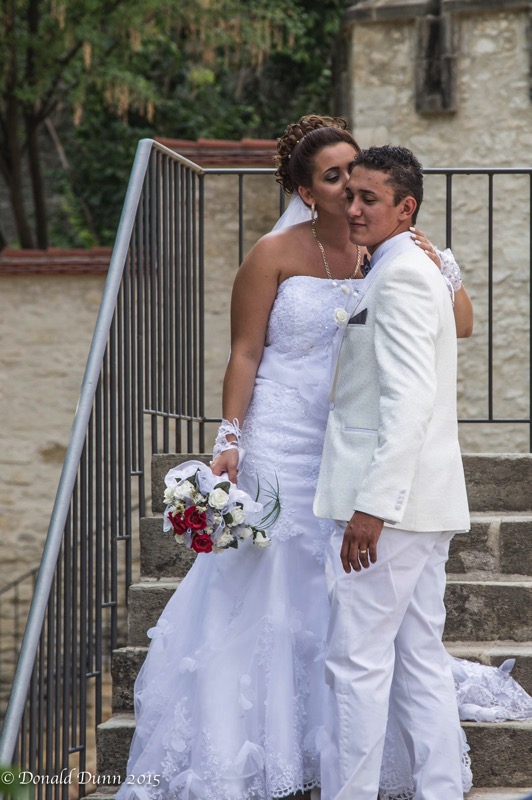 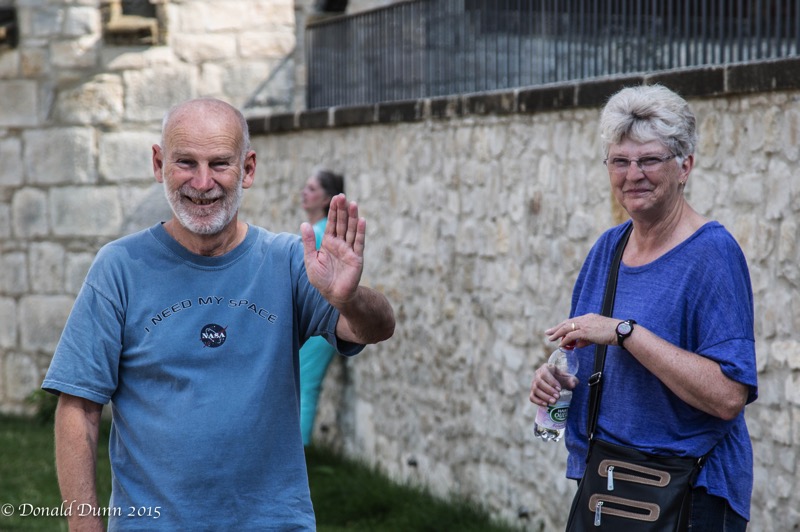 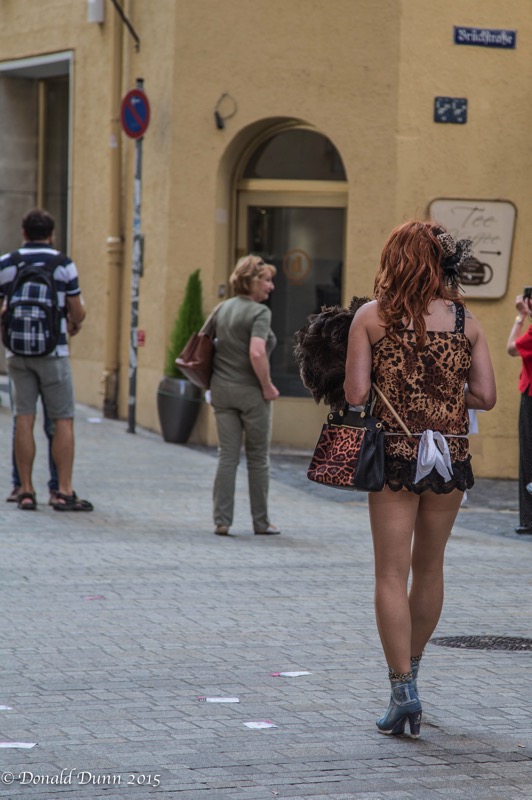 After the two hour walking tour, we walked back to the longboat, now docked near the city center.

Another very good dinner—meals seem to be getting better—was followed by singers entertaining us with excerpts from opera and the Sound of Music.  This provided an excellent conclusion to another good day.