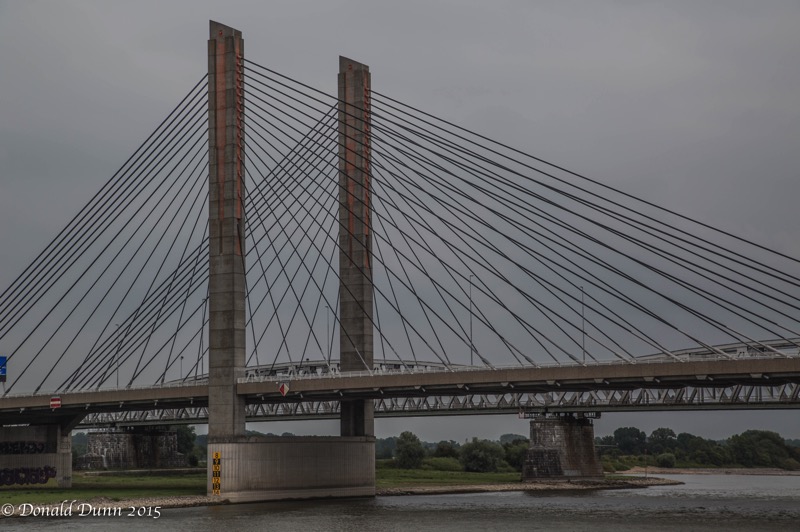 Sailing from Kinderdijk to Cologne provided a good perspective of the countryside despite the overcast, sometimes rainy weather.  Most impressive were the river works and navigation system, many large churches, and interesting cable-supported bridges.

We both slept through the night, awakening to light rain as the long boat sailed the Rhine River the final few miles to Cologne.  After breakfast we joined our small tour group and explored the city center of Cologne.  The tour guide today was extraordinary, a native of Cologne, with a heavy English accent.  Cologne is Germany’s fourth largest city, and is located on both sides of the Rhine River less than 50 miles from Belgium. 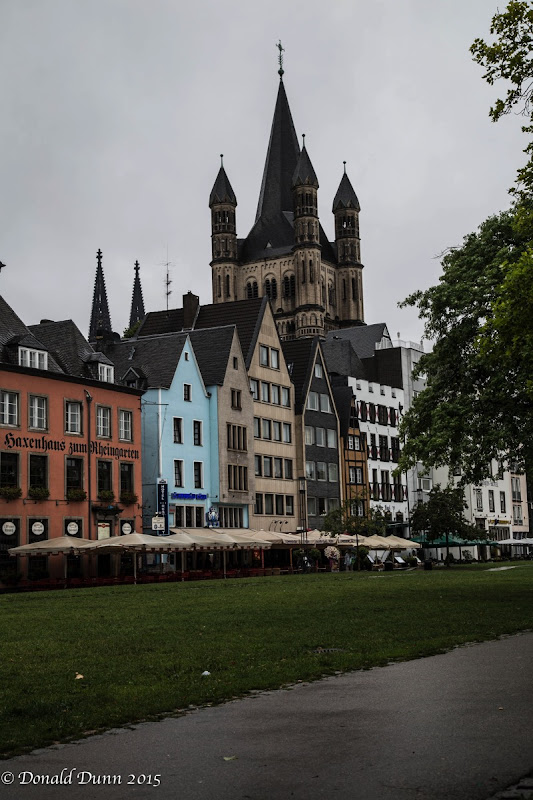 Cologne was founded and established in the first century AD as a Roman city. During the Middle Ages it flourished on one of the most important major trade routes between east and west in Europe. Because of its close proximity to Britain, it was one of the most heavily bombed cities in Germany during World War II.  The bombing reduced the population by 95%, mainly due to evacuation, and destroyed almost the entire city. With the intention of restoring as many historic buildings as possible, the successful postwar rebuilding has resulted in a very mixed and unique architecture, with some buildings dating to the 1600s. 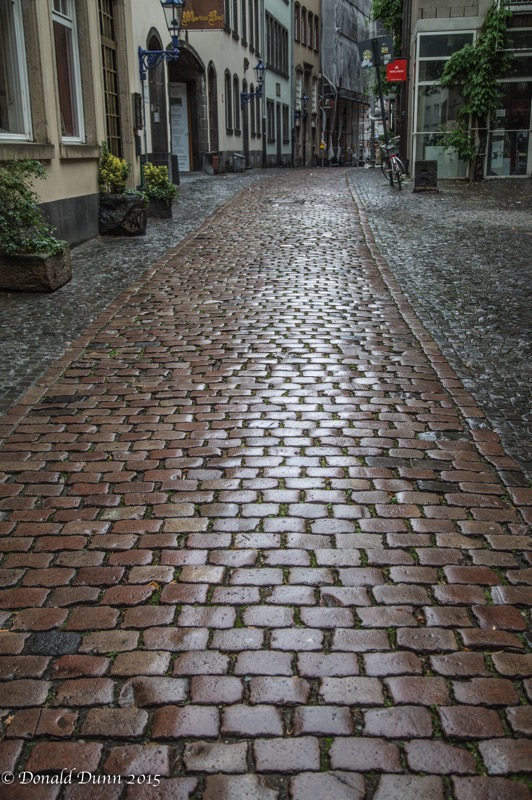 The primary tour item in Cologne is the city’s famous Cologne Cathedral, the seat of the Archbishop of Cologne, and a World Heritage Site, attracting an average of 20,000 people a day.  Construction of Cologne Cathedral started in 1248 and was stopped in 1473, leaving the cathedral largely unfinished. Work restarted in the 19th century and was completed, to the original plan, in 1880. It is 474 feet long, 283 feet wide, and its towers are approximately 515 feet tall. The cathedral is the largest Gothic church in Northern Europe and has the second tallest spires (after Ulm Minster, the spires of which are 14 feet taller). Its two huge spires give it the largest facade of any church in the world. The choir has the largest height to width ratio, 3.6:1, of any medieval church. 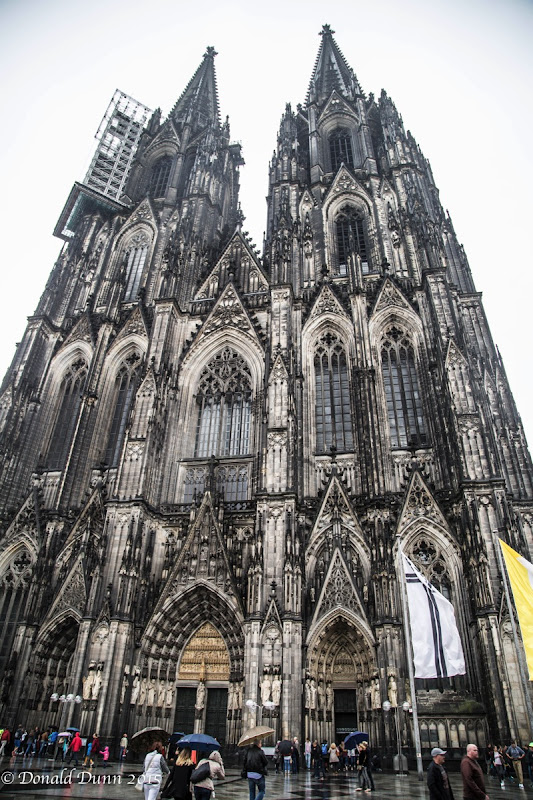 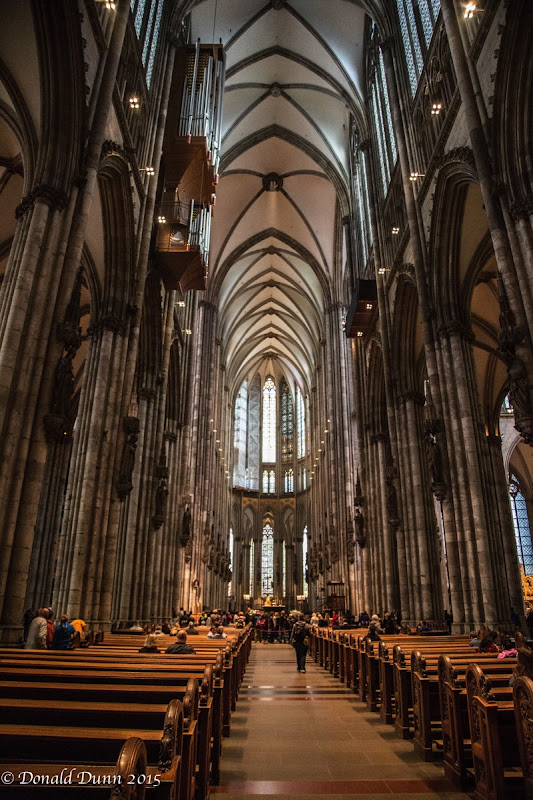