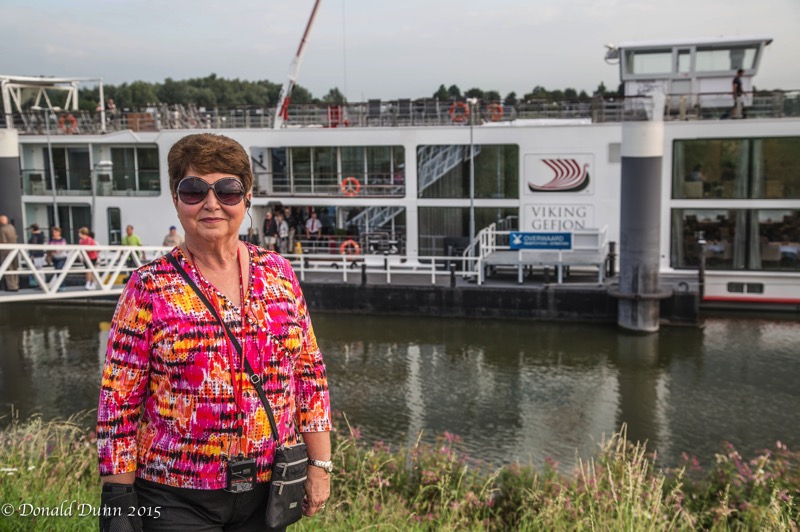 We departed Amsterdam at 11:30 PM.  After locking through Wijk during the night, the first of 68 locks on our trip from Amsterdam to Budapest, we arrived at Kinderdijk (pronounced kinder dike, like kindergarden) at about 8 AM.  Kinderdijk is a village in the Netherlands about 9 miles (15 km)  east of Rotterdam. Kinderdijk is situated in a polder (low lying area surrounded and protected by levees, e.g. New Orleans) at the confluence of the Lek and Noord Rivers. To drain the polder, a system of 19 windmills was built around 1740. This group of windmills is the largest concentration of old windmills in the Netherlands. The windmills of Kinderdijk are one of the best-known Dutch tourist sites and have been a UNESCO World Heritage Site since 1997.  Interestingly, our guide was a retired civil engineer who had worked for an American company (and I worked for a Netherlands company when I retired)! 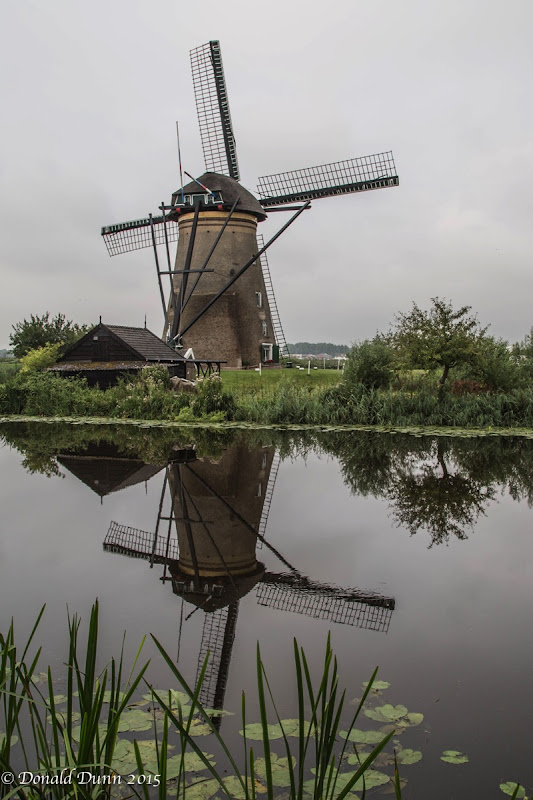 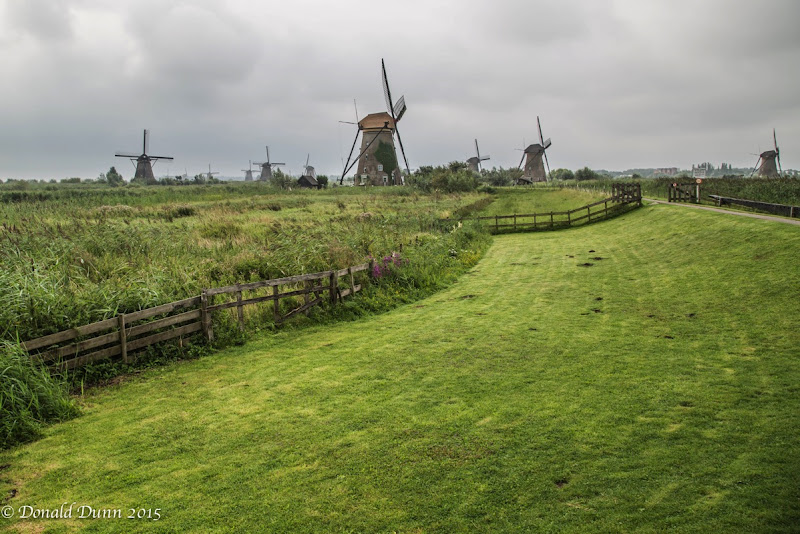 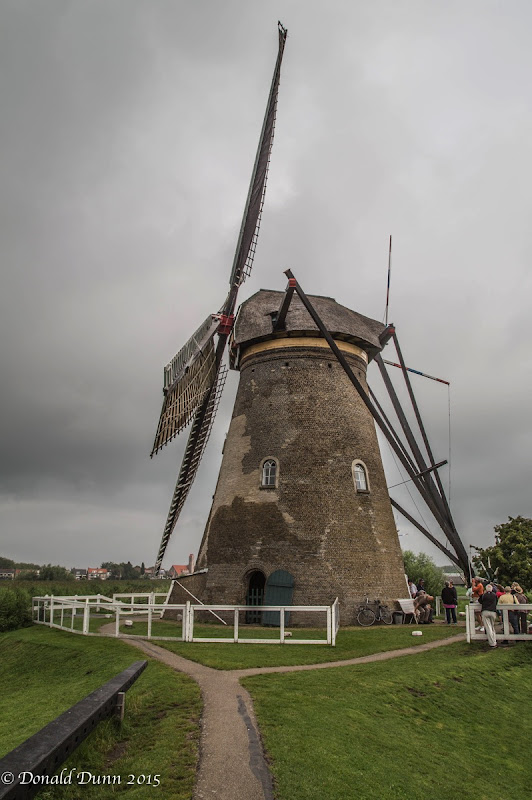 Due to a lack of sleep during the night, we spent a good portion of the afternoon napping, though some time was spent on the sundeck observing the Dutch countryside (Donald) and in the lounge area reading (Kay).  It was quite interesting to note the river works and navigation system’s similarities to that of the Mississippi River.  And, many large churches and interesting cable-supported bridges were observed.   We attended the Captain’s toast prior to dinner, and after dinner attended a program on the art and culture of the Netherlands, sampling chunks of Gouda cheese.  Afterwards, we enjoyed visiting with Sid and Karen, and listening to live music in the lounge.  Kay even entertained the crowd singing Moon River.  The rest of the late evening was spent watching the PGA Championship on Sky Sport TV.