Continuing upstream on the Rhine River, we stopped briefly at Koblenz, where we were bussed to Braubach to view the Marksburg castle.  The Marksburg is a castle above the town of Braubach and is one of the principal sites of the UNESCO World Heritage Rhine Gorge.  It was begun in 1100 by the Epstein family and expanded into a castle around 1117 to protect the town of Braubach and to reinforce the customs facilities. It was first mentioned in documents in 1231. 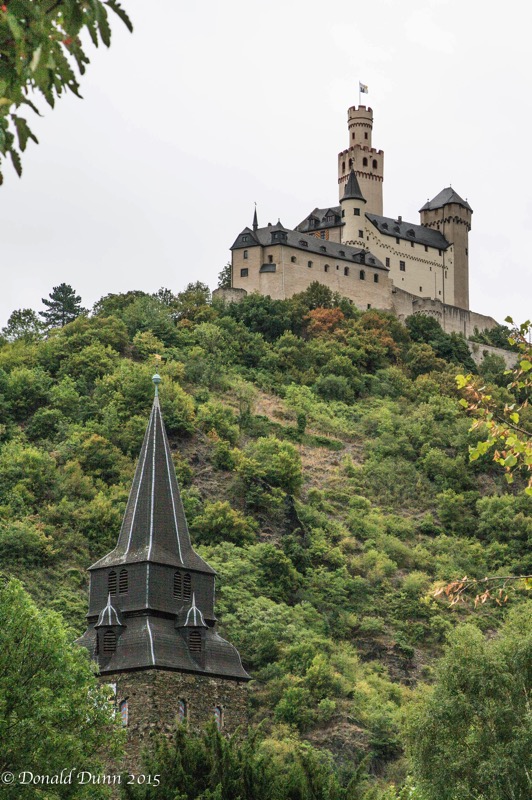 The castle was constantly being rebuilt in the 14th and 15th centuries.  The male line of the royal family went extinct, and the territories went to the Count of Hesse, who expanded the castle to accommodate artillery and added the round towers of the outer curtain wall.  In seizing and then abolishing the Holy Roman Empire, Napoleon gave the Marksburg to his ally the Duke of Nassau for his service. He used the castle as a prison and as a home for disabled soldiers. After the Austro-Prussian War of 1866 the Duchy of Nassau became a territory of Prussia, which took ownership of the Marksburg.  Finally, it was sold in 1900 for a symbolic price of 1,000 Goldmark to the German Castle Association, which had been founded a year earlier as a private initiative to preserve castles in Germany.  In March 1945, the castle was damaged heavily by American artillery fired from the other side of the Rhine, though of the 40 hill castles in the Upper Middle Rhine Valley, Marksburg was the only one which was never destroyed.

After touring the Marksburg castle, we re-boarded the Viking Gefjon in Braubach and sailed upstream through the Upper Middle Rhine Valley (UNESCO World Heritage Rhine Gorge mentioned above).  It is an approximately 40-mile section of the Rhine exhibiting a unique combination of geological, historical, cultural, and industrial attributes.  We were struck by the 40 ancient castles built on the banks of the river, and the many vineyards on one side or the other on the terraced, south-facing steep slopes; because of the steepness, grapes are harvested by hand.  As an historically significant trade route into central Europe, we were further amazed by the number of quiet electric trains running on both sides of the river, and the heavy commercial ship traffic.  While small, the ships transport a large quantity of commodities; many of the captains have their family traveling with them, and most have automobiles on the stern of the ship. Also, along this stretch of the Rhine, many villages and towns were present, and showcased the unique Rhine Valley architecture.  We also observed small ship-building yards, and many tightly packed RV parks (few RVs with slide-outs were seen). Thus far, this part of the “tour” has been the most scenic. 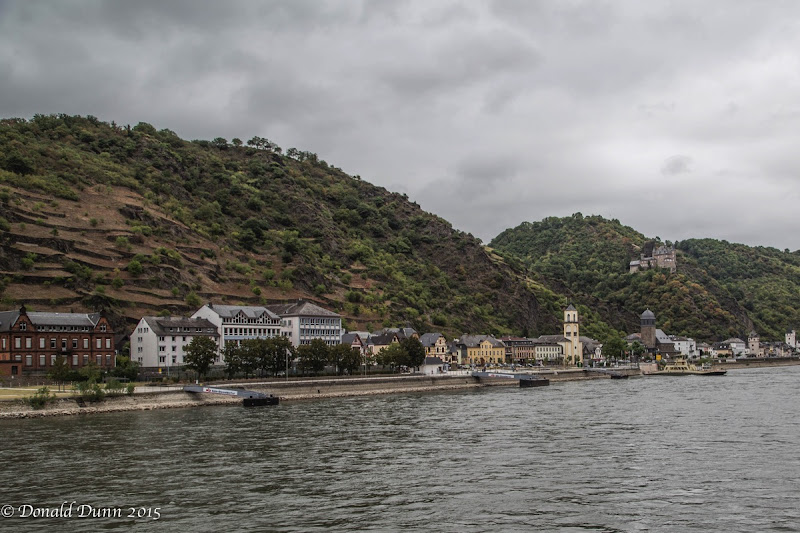 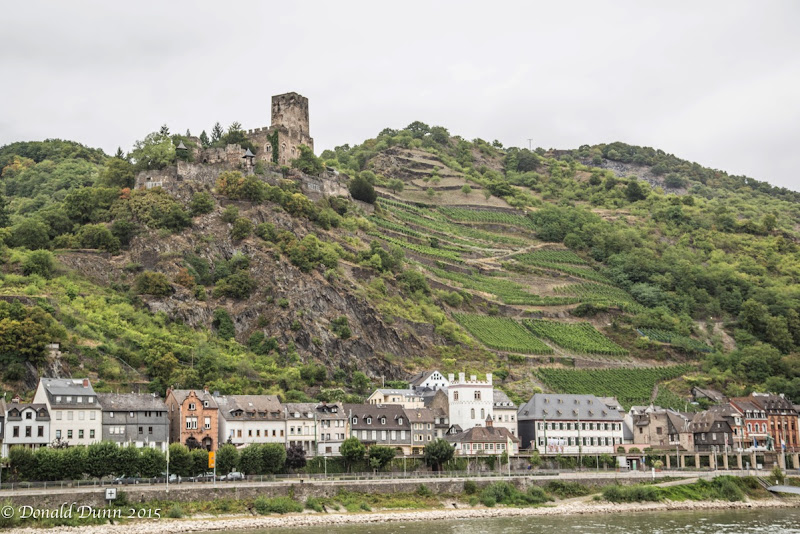 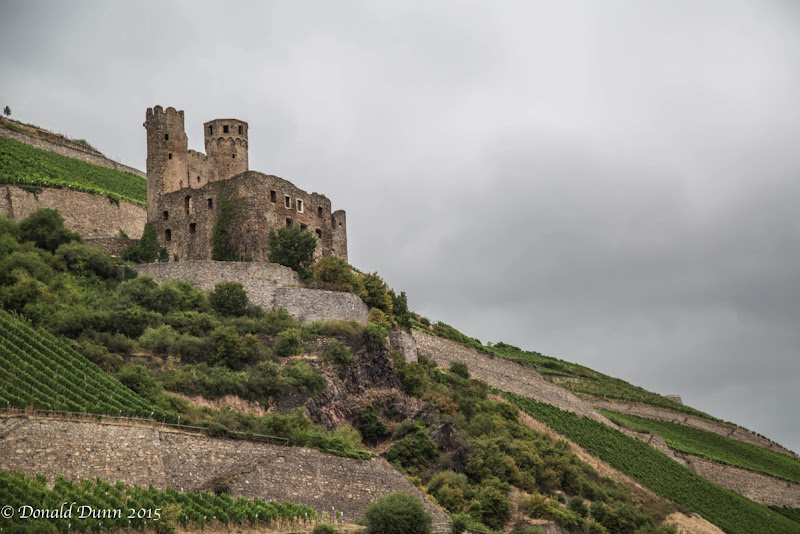