Continuing upstream the Viking Gefjon sailed the entire morning on the Main River, stopping only to pass through the several locks that are becoming more and more frequent as we sail towards the continental divide. Still in the Franconia region of upper Bavaria, the longboat docked only long enough for passengers to de-board for one of several shore excursions in and around Bamberg. 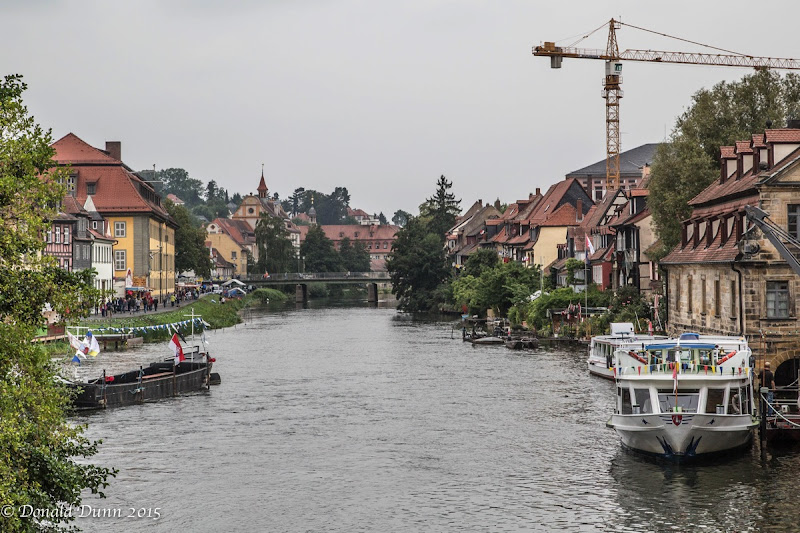 Bamberg was made the center of the Holy Roman Empire in 1007 by Emperor Henrich II during his reign. We opted for the guided walking tour of the center city and cathedral square. It was one of the few cities in Germany not destroyed by World War II bombing, and has retained its medieval structures. leading to it being named a UNESCO World Heritage Site in 1993. Notwithstanding its rich cultural heritage, Bamberg is also known for its smoke beer (we did not sample, but heard it was not very tasty) and 17th century witch trials during which 5 mayors were identified as accomplices to the witches and burned at the stake. Today, it is a vibrant university city where about 40 percent of the residents are university students.

Luckily, a festival was beginning in the afternoon, filling the medieval streets with tents and vendors selling beer, sausages, pastry, and other assorted foodstuffs, and people of all ages, some of whom were dressed in Bavarian costume. Despite overcast conditions, it was exciting to walk through the streets, observing families and university students having great fun. 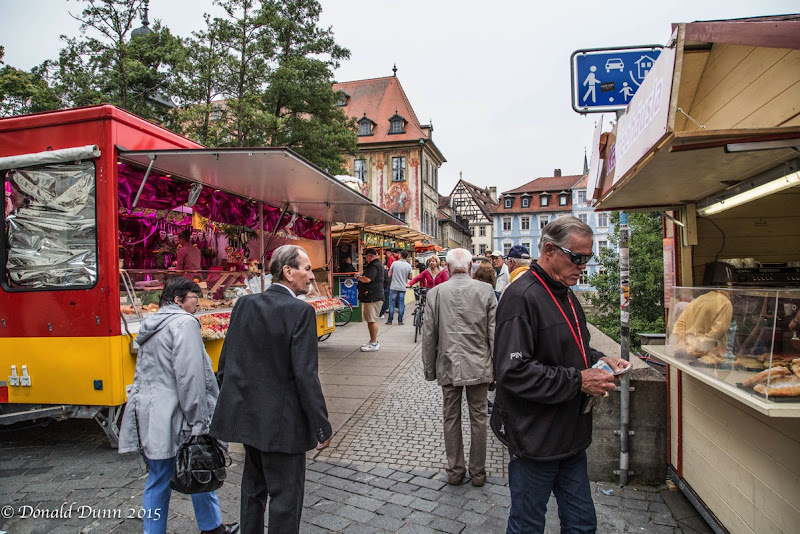 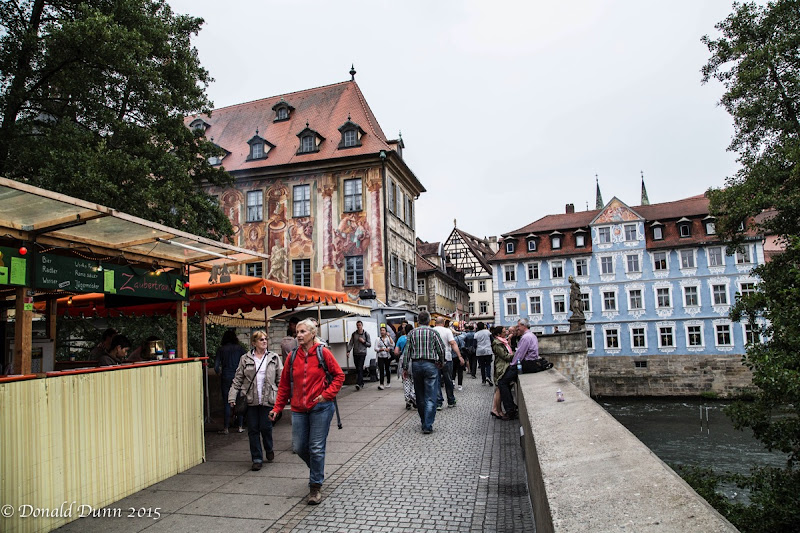 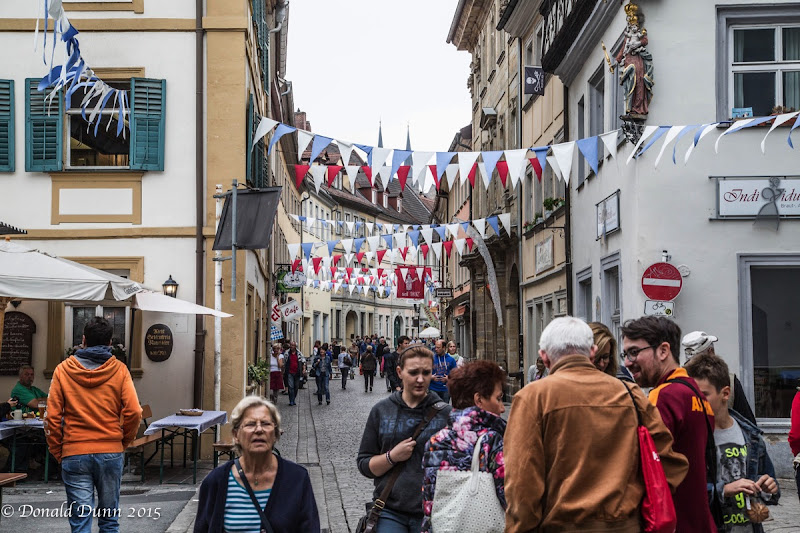 It began misting as we entered the gigantic, Romanesque cathedral, the building of which was directed by Emperor Henrich II. Dark inside, it was not as highly ornate as was the one in Cologne, though it did house the crypt of the former emperor and his wife, as well as Pope Clement II. 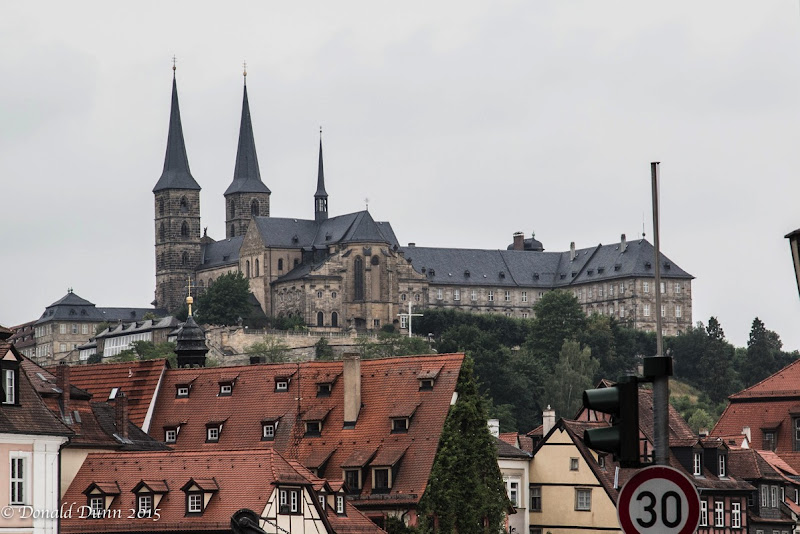 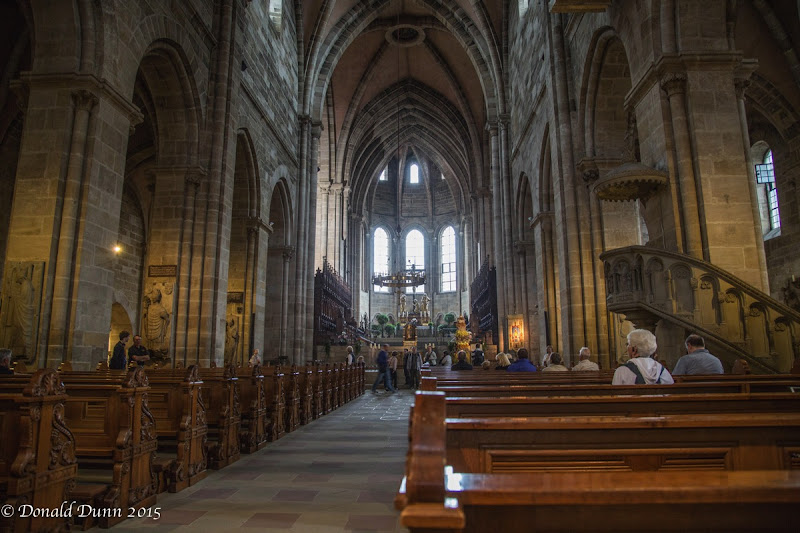 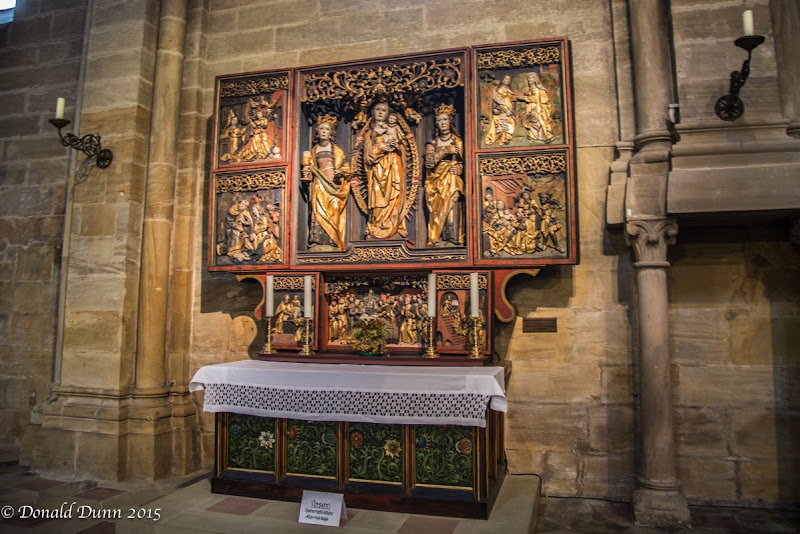 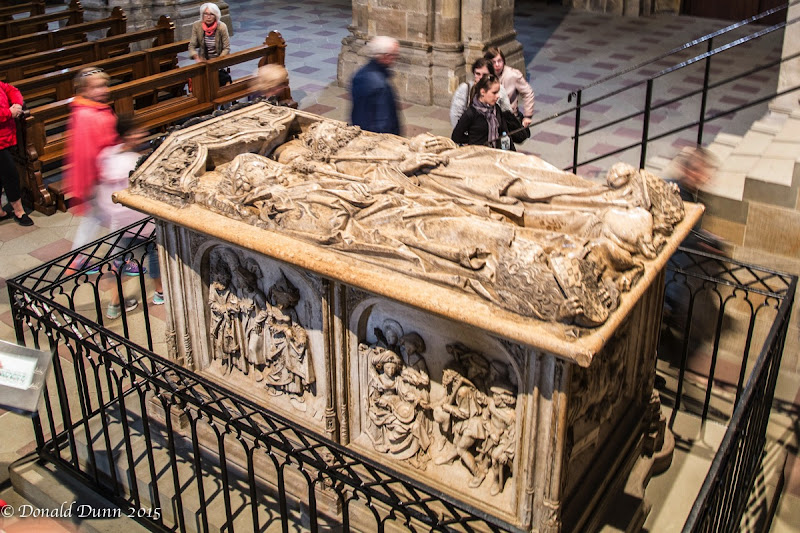 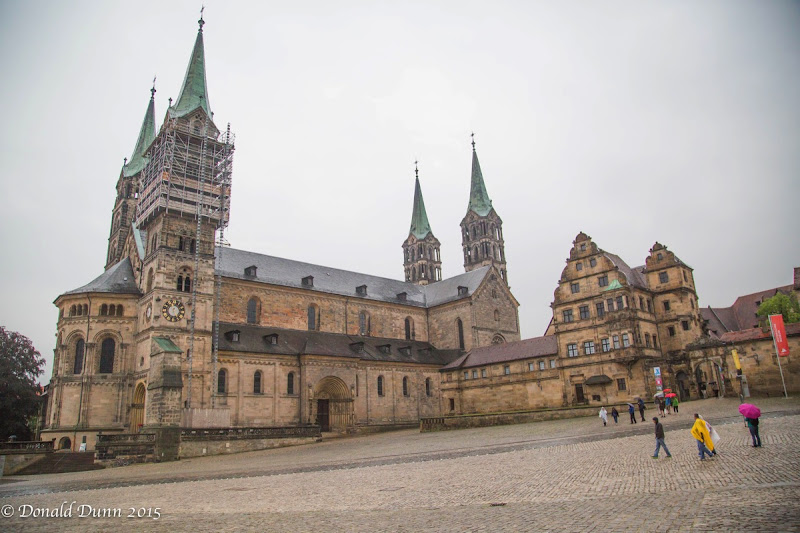 A light rain was coming down as we exited some 30 minutes later—Kay brought her raincoat, I did not reflecting poor planning on my part! We found shelter in a covered drive leading to the cathedral square’s rose garden, and I waited there about an hour until the rain abated somewhat.

The wait proved to be a fortuitous as I met a young family, the husband of which was from the South Island of New Zealand. He was quite friendly, and insisted on helping us plan a trip to the South Island. Fortunately, I remembered his email address, and will see if his assistance materializes.

As a light drizzle continued, I returned to the city center, meeting Kay along the way. We window shopped, and then met up with other tour participants as we waited on the bus to meet the longboat. As it was 30 minutes late because of lock queuing, Kay and I walked around the narrow streets enjoying the sights and sounds of the festival.

Upon returning to the Viking Gefjon, we enjoyed a three course dinner of smoked salmon, lamb shanks, and flan; lamb shanks is one of my favorite entrees.