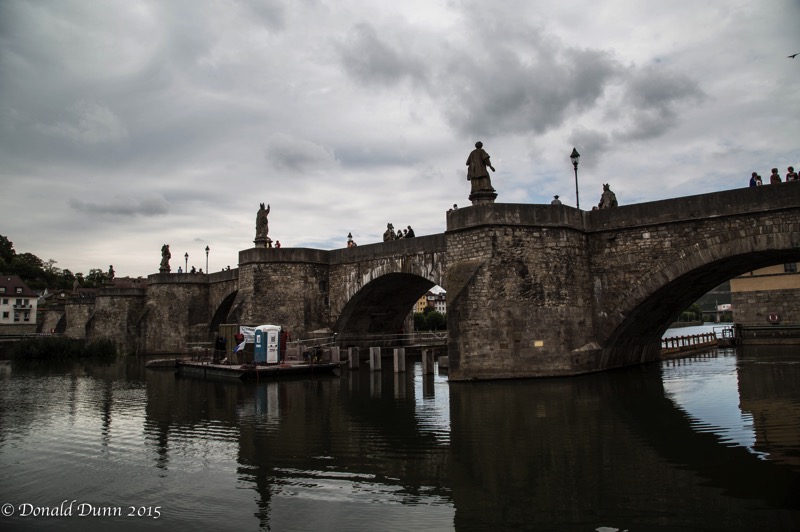 We left the Rhine, sailing upstream on its tributary, the Main River. From appearances, the Main does not appear to be a river capable of commercial navigation—it is slow and small, and meanders to the right and left—similar to the White River in Arkansas. However, with 34 locks and 33 hydropower stations, it carries ships with up to 1,500 tons of commodities. 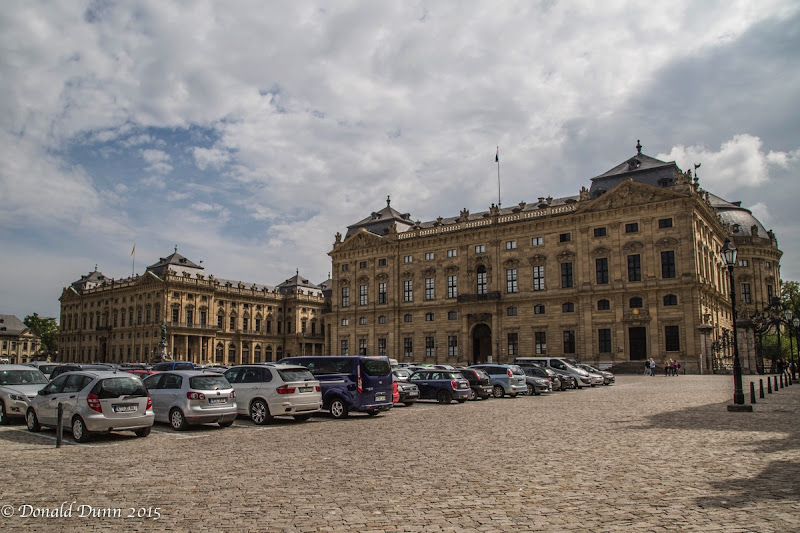 At 9 AM, we arrived at Wurzburg, another lively Franconia city in northern Bavaria, able to spend most of the entire day, except for a brief walking tour of the Wurzburg Residenz and city center. Wurzburg is best know as the home of the Wurzburg Residenz, former residence of the Wurzburg prince-bishops, combining the power and wealth of royalty and the church which, in turn, was passed on to the the city of Wurzburg. The Wurzburg Residenz—another UNESCO World Heritage Site—was modeled after Versailles, and neither words nor photos can describe the extraordinary baroque opulence of the interior. Regrettably, much of the Residenz palace, along with 90% of the city, was destroyed by 17 minutes of British bombing in World War II, but due to the quick action of the US “monuments men”, the destroyed roof over the most valuable rooms was protected, and many of the tapestries and other movable objects saved. 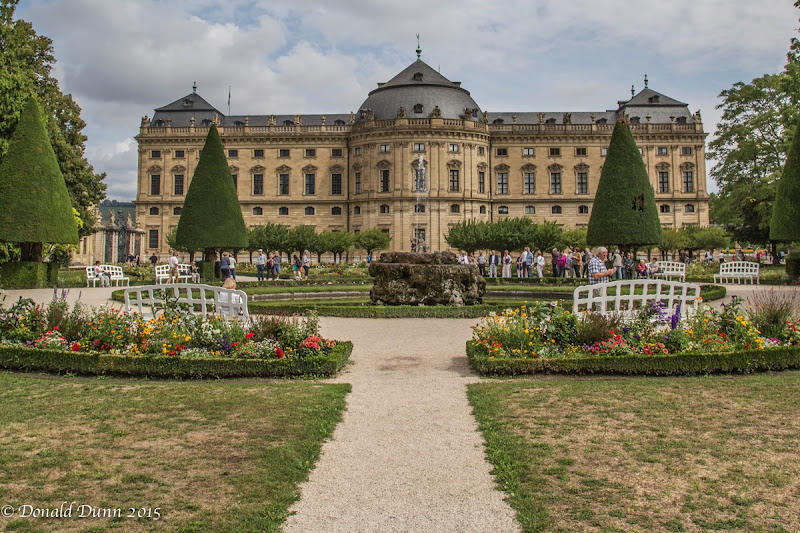 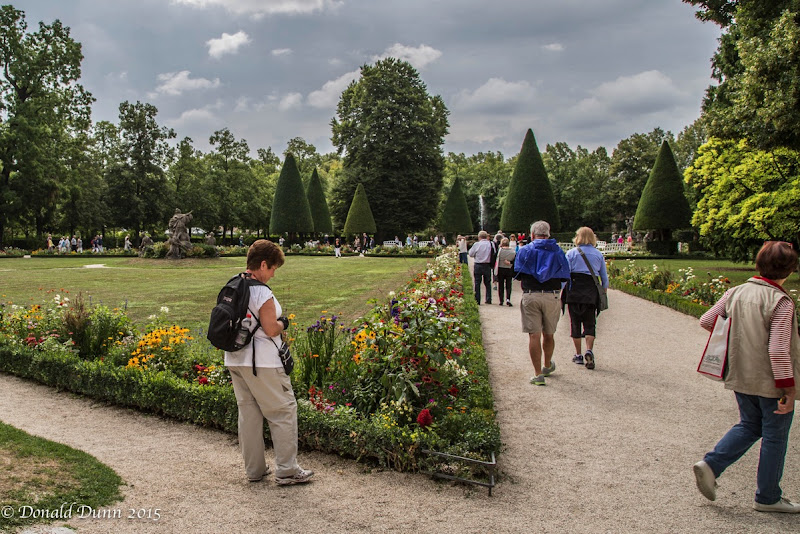 The city of Wurzburg combines the baroque and rococo architectural uniqueness of Bavarian architecture of most buildings and an old fortress with modern stores and shops. A “large university” city, it has  some 30+ high-steepled cathedrals and churches, and was full of people, many enjoying wine, beer, and Bavarian sausages at local sidewalk cafes on a cool summer day. 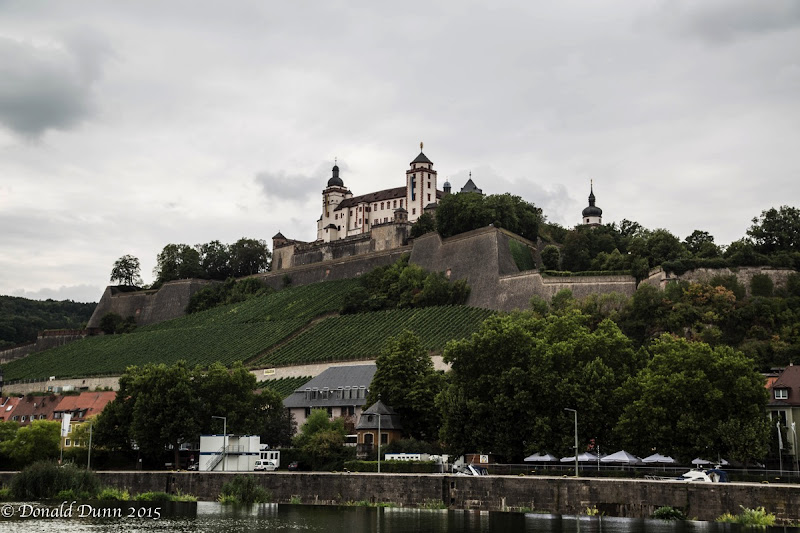 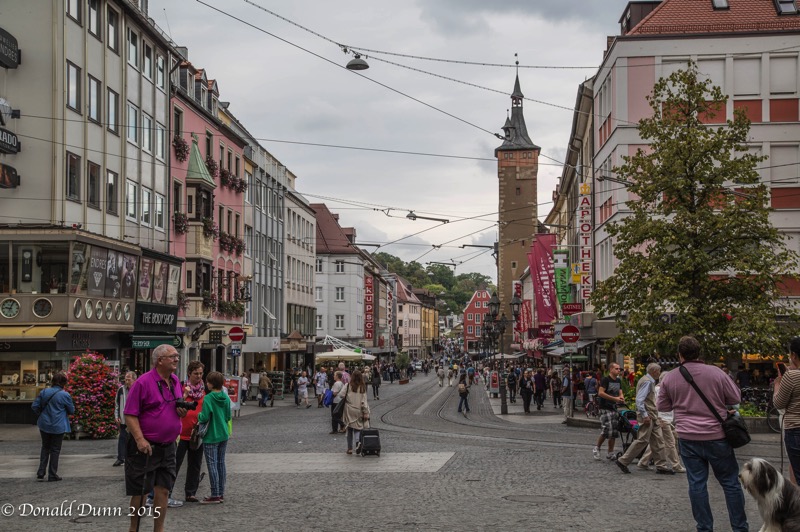 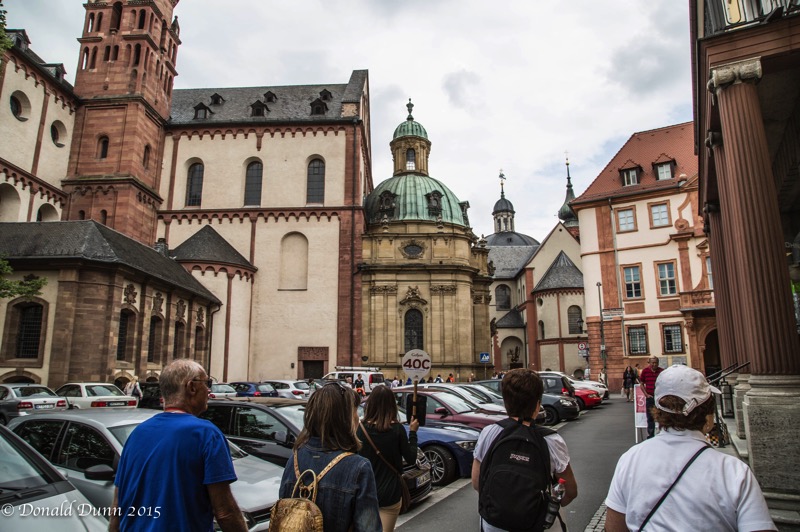 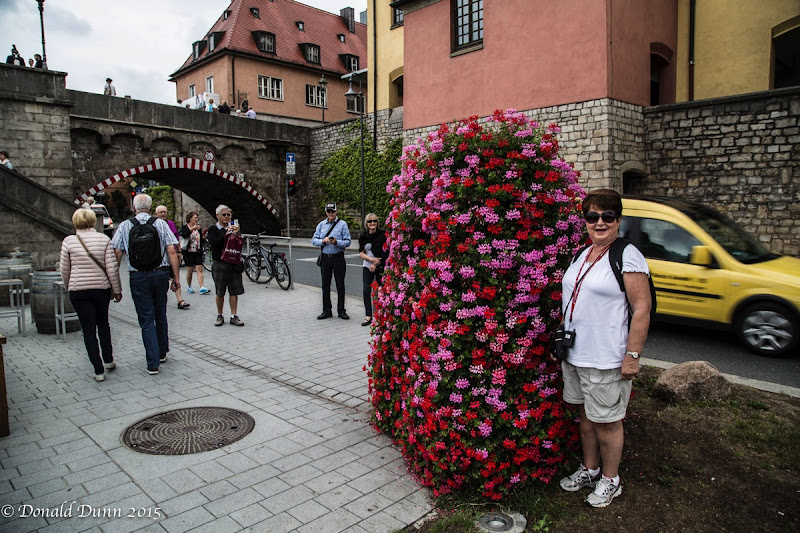 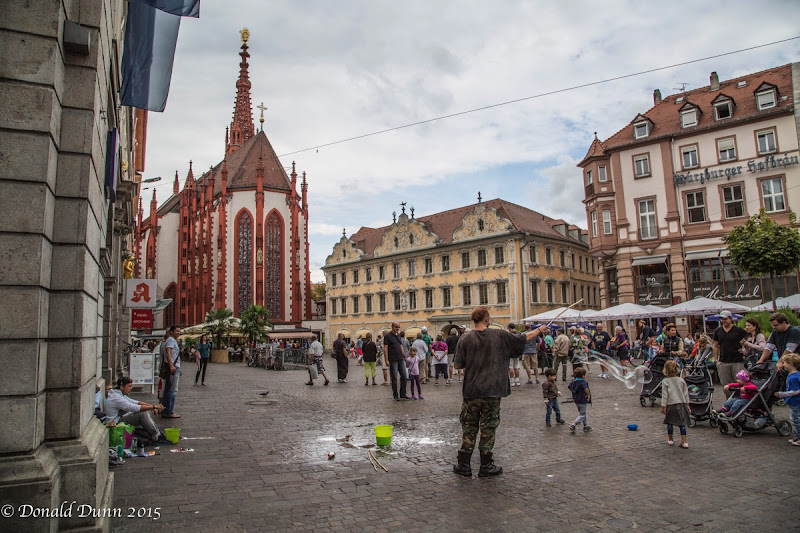 As we returned to the “ship”, the noise and crowd was deafening, particularly with hearing aids.  With this many people in a small space on the Viking Gefjon, I finally tired of all the noise and chatter and spent the evening in our cabin, foregoing dinner. And after editing photos and uploading a couple of blog entries, the blog software MarsEdit, crashed!