We typically escape the heat of Arkansas in July and August by traveling north or west; not this year as we wanted to spend as much time in the new house as possible.  Of course last year, we were in the process of selling the house and had a relatively mild summer; again, not this year.  The last few weeks have seen most days with temperatures near, at, or above 100°.  And with the heat, we are seeing more butterflies, though not a vast variety of species.  One of the dying trees in front is a magnet for them, and they cling to the bark by the tens, if not the hundreds. Additionally, we have lots of dragon flies, and spotted this male(?) luna moth just outside the front door—it’s just a bit smaller than my hand. 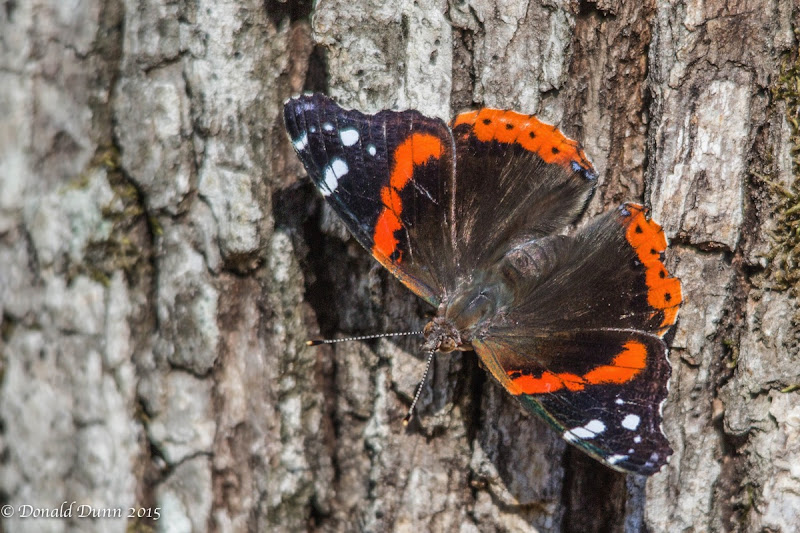 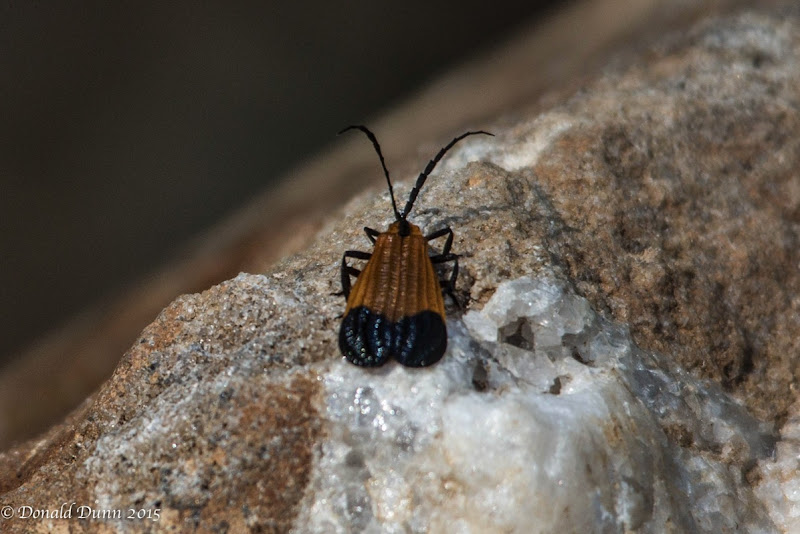 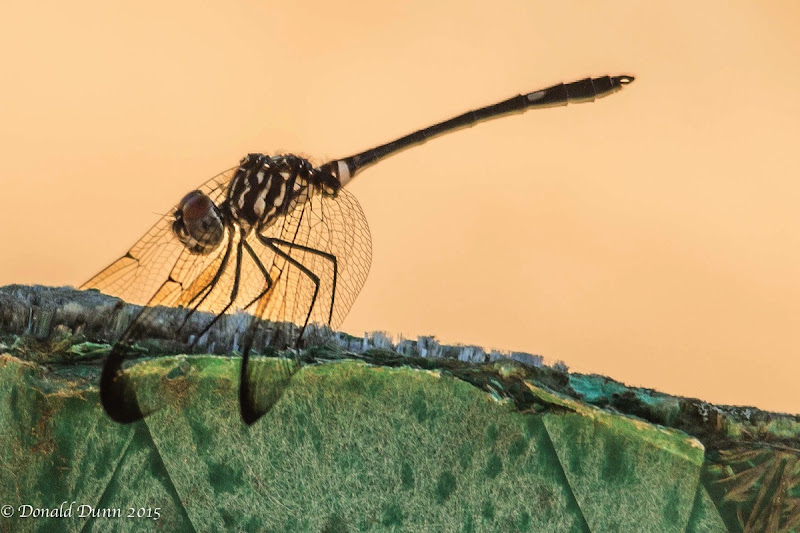 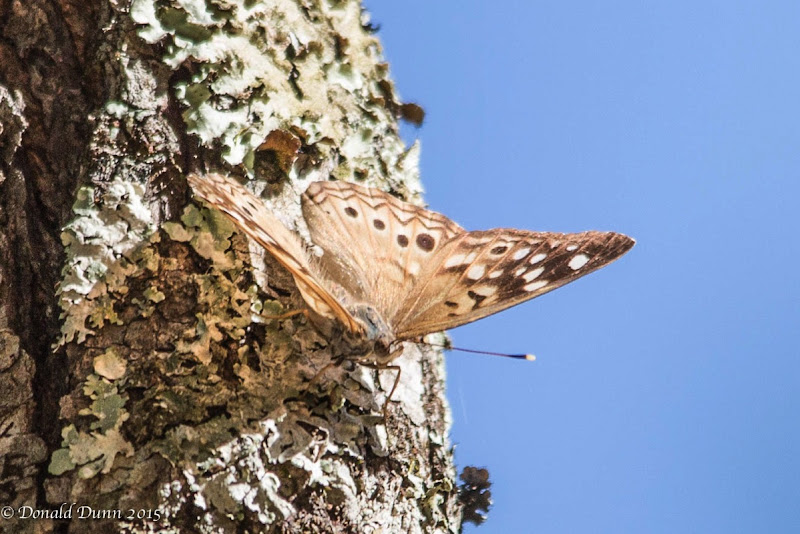 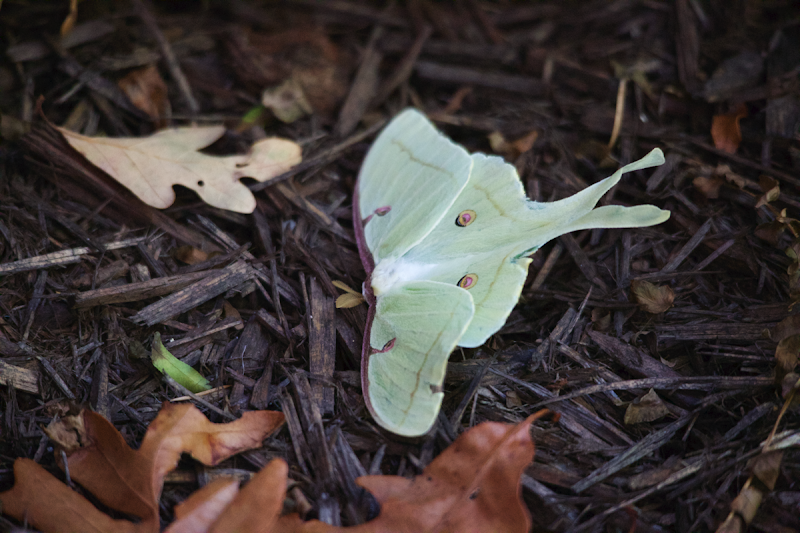 Though we don’t have a “routine” yet, we do work out at the Coronado Fitness Center three times a week, and Kay exercises with other women at Mountainside United Methodist Church (UMC) and Christ of the Hills UMC two or three days a week.  I play golf on Friday mornings with a group, and try to play a couple of afternoons a week, usually solo.  And, we try to play bridge once a week with Jim and Jackie Morris (Jackie is a longtime friend of Kay’s from “bookclub”.  Otherwise, we stay in to escape the heat and humidity.  We have been watching a lot of British and Australian television lately, courtesy of PBS and NETFLIX.   We watch Father Brown, The Dr. Blake Mysteries, Death in Paradise, and Miss Fisher’s Murder Mysteries.  And, we continue to watch Major Crimes on TNT.  During the day, we listen to Pandora radio via the wireless SONOS sound system in the new house, and thanks to Bobby Altom for putting us onto Jeff Kashiwa. 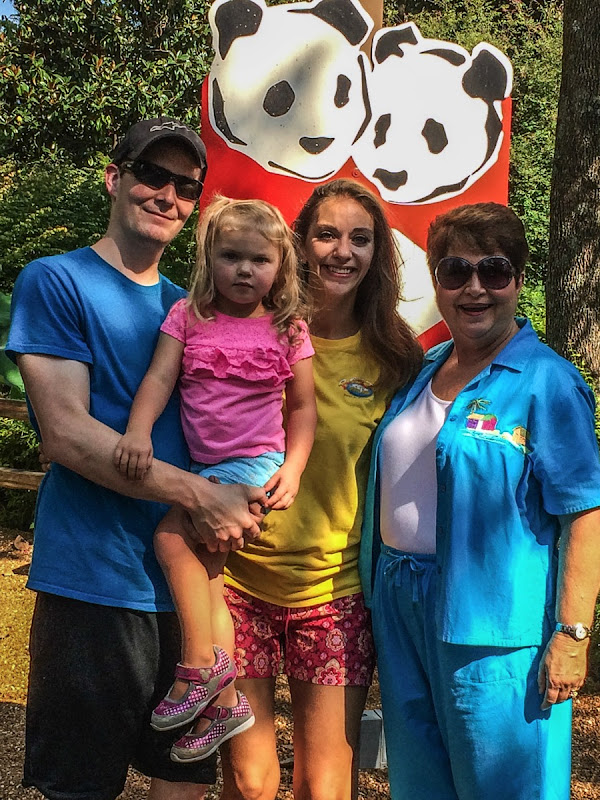 Speaking of which, we’re taking a brief hiatus from the blog, and will post again in early September, before Labor Day.  Until then…