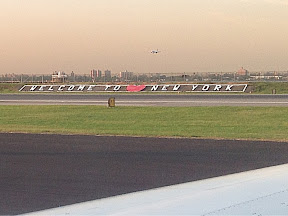 After overnighting in the Holiday Inn Airport in Little Rock, we caught the shuttle to the airport. There were hardly any lines, and checking our bags and making it through the security barriers was fairly easy. Our travel today included 3 flight legs: Little Rock to Atlanta, Atlanta to New York, and New York to Halifax. We departed Little Rock at 10:30 AM, and briefly crossed paths with John and Sandy, with whom we are touring Nova Scotia, in Atlanta as they made an earlier flight from Atlanta to New York. We met up with them in New York, and together boarded our plane to Halifax.

Up until then we were on schedule, but the plane was overweight, and it took the crew an hour to sort it all out, offering compensation to several passengers who opted deboard and wait for a later flight. We did arrive in Halifax near our schedule, but we were all a bit frazzled, and the Canadian border agent Kay and I got (their equivalent of our border patrol) was not real nice, an experience we’ve had several times crossing from the USA to Canada, and vice a versa. Oh well, all’s well that ends well. 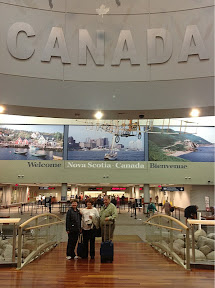