We have been unpacking boxes at a hectic pace.  Kay is much more organized and systematic, taking her time and finding places for things while I am unpacking and consolidating in rooms.  And it should be the other way around as I am a firm believer in “moving things only once.”  As packing paper, bubble wrap, and empty boxes mount, we accumulate a load and then take the paper and boxes to the recycling center.  In the period covered by this entry, we made 5 trips!
On May 4-6, we traveled to Five Lakes Outing Club near Hughes, Arkansas, as guests of Ed and Linda Richmond for what has become an annual reunion of participants of the Quetico Provincial Park, Ontario, Canada, smallmouth fishing trip.  In addition to Kay and me, John and Sandy Simank and Dave and Joann Teffetellar were guests.  We had a super good time, enjoying friends, fishing, and fabulous food.  Of all the years we’ve attended this gathering, this one may have been my favorite.
Being close to Memphis, we arranged to visit with Jenny, Brian, and Harper, never wanting to miss an opportunity to spend time with our grandkids.  After an early dinner, we met at Shelby Farms and enjoyed watching Harper play at one of the very nice playgrounds.  Despite being a little under the weather, she was quite gregarious, and going “ninety miles an hour.” 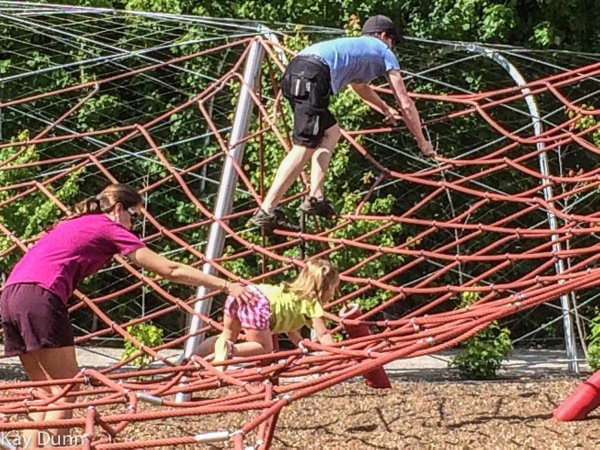 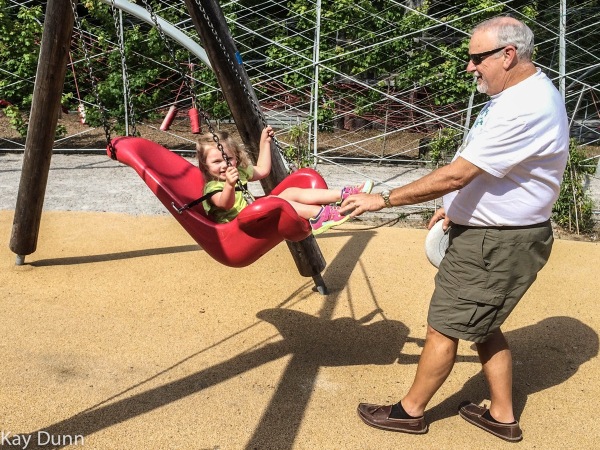 Back at home, we continued unpacking for a couple of days, and then spent Saturday and Sunday morning in Maumelle, babysitting Ridge and Acker while their parents enjoyed a night out.  Ridge and I played lots of games, and spent some time doing chalk art on the driveway (he directed, I did the drawing).  He really likes trains, and we created a long train with lots of cars.  Acker is beginning to develop her little personality, and we enticed several grins from her.  Plans were to go to the Clinton Presidential Library for Mother’s Day lunch for Kay, but she developed a severe stomach disorder, and we left fairly early Sunday morning to return home.

Finally, back home again, well, and recuperated, we essentially completed unpacking.  Several things are “missing” and we obviously either misplaced them or didn’t bring them with us.  But, things are coming together, and it’s beginning to look more like a home than an house.  As for the house, the irrigation system was installed this past week, and the propane has been turned on.  Hopefully, next week will see completion as the generator will be activated and the the dock and walkway constructed.  One of the most frustrating things we did the last few days was hang a large mirror in the great room.  Though we measured twice, the wall anchors were slightly off, and removing them left significant holes in the wall.  The patching, sanding, smoothing, and painting took 4 days, but the error was undetectable, and using different hangers, the mirror got hung.  We have been spending money like crazy furnishing and decorating the house, but still “need” a few more rugs, wall hangings, and pieces of furniture.  Today, Saturday, we drove to Hot Springs to purchase a few small items and new tires for the Honda.  Among the items purchases were bird feeder hangers made to fit our wrought iron deck railing.  We installed those, Kay made hummingbird nectar water, and we hung hummingbird feeders, and were rewarded within a few minutes with our first hummingbird.  Life is good.

1 thought on “Friday through Saturday, May 1-16—A Hectic Period of Settling In, Fishing, and Family”