Skip to primary content
Last evening was warm, never dipping below 70 degrees.  This is the warmest we’ve ever experienced at night, forcing us to sleep on top of the Thermorest pads.  After our usual early morning cookie and campfire espresso, Kay fished with Mary while I fished with Harry.  I started with a blue popper, and caught a few fish on top.  I then switched to a foam fly created by our friend, Slim, and it seemed to be the ticket as I caught several fish on top.  After a big breakfast and a nap, we retuned to the water for more fishing and I continued to catch fish using the foam fly.  Meanwhile, Kay caught her first and second trophy fish—over 5 pounds—using a Senko.  For the first time since we began fishing here in 2002, these were here first trophy fish, aka “board” fish. 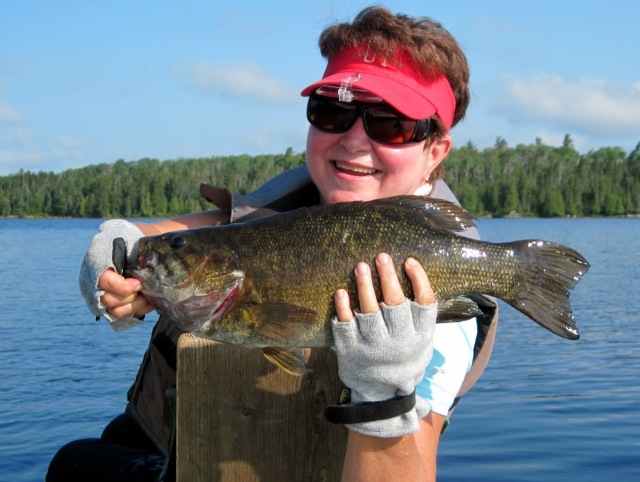 After returning from fishing, Harry and Mary took a swim and Kay and I had guard duty—a HUGE snapping turtle, Mothra, had been visiting camp in previous weeks, and eaten fish from the stringer.  After Harry and Mary’s return, we again took a swim off the island to cool off and bathe.  The 70+ degree water was so nice.  Because this was after July 1, we did not have pork chops the second night as the weather is too warm to pack and keep them cool, another first.  Rather, we had fried fish, cooked within minutes after their being taken our of the water.  They were quite good.  Tired from a hard day’s fishing and mid 80s temperatures, we went to bed early, fighting mosquitoes most of the evening.